My Pregnancy With A Klinefelter Syndrome Boy

Two years ago today, I received a scary phone call while pregnant with sweet Everett. Have you heard of A Klinefelter syndrome boy, also known as XXY? Probably not! Don’t even bother going to google. Most of the information online is outdated and just incorrect. Google can be a scary place for a new parent to search for information on this.

What is A Klinefelter syndrome boy? 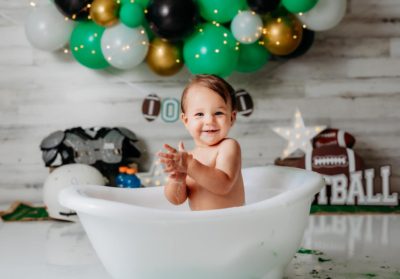 Just a quick lesson on what it is. A Klinefelter syndrome boy is a diagnosis that only occurs in males with 47 chromosomes, 47 XXY. Around 1 out of 500 males have this. 47 XXY is VERY common but RARELY diagnosed. It is estimated that only 25% of the boys who have this even KNOW they have it! So there’s a good chance you know several with this, but they might not know about it! The medical field does not study Klinefelter syndrome or 47 XXY. Many have never heard of it! We have encountered this multiple times already. A diagnosis so typical isn’t even known by the medical field, crazy, isn’t it?! 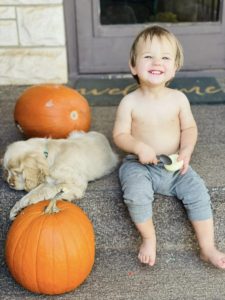 So what does this mean for a man who has this? Most go their entire life without knowing, so it isn’t as scary as it sounds. The “symptoms” widely vary between men. However, they are known to be more caring, compassionate, creative, and right-brained. The one common symptom is infertility. The 25% of men diagnosed with this mostly only find out when they are trying to conceive and are unsuccessful. Klinefelter syndrome is the most common reason for male infertility. If you know a couple struggling to conceive, I urge you to have the man tested for Klinefelter syndrome. 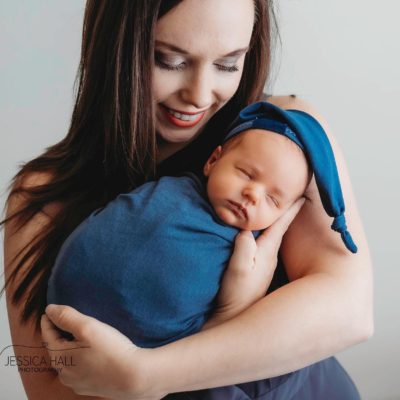 When I was ten weeks pregnant with sweet Everett, my doctor asked me if I wanted to find out the gender of the baby. I was shocked and couldn’t believe we could find out so soon. With our other two kids, I had to wait until my 20-week ultrasound. My doctor explained that they came out with a blood test several years ago, but it was always costly. However, insurance will cover it now. So I told them yes, I wanted to find out early.

Everett was our third and final baby. I wanted to enjoy every second since I would not experience it again. We had bought the gender reveal decorations and were eager to find out the gender at a surprise 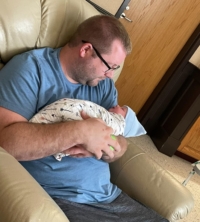 reveal party; my doctor was supposed to be mailing us the gender results.

On January 7, 2021, I received a phone call from my doctor at work. My doctor asked me if I could talk, and I said sure! I assumed it was about finding out the gender and how they would be mailing me the results. Immediately I was told that I was having a Klinefelter syndrome boy. I thought that was odd because they knew I wanted it to be a surprise.

They had to research my son’s diagnosis before they called me: 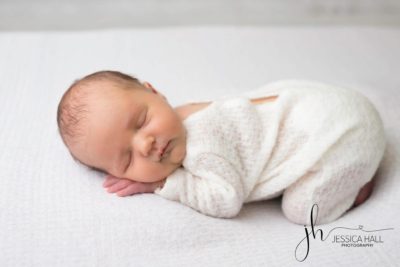 My doctor said my results came back a few days ago, but they had to research the diagnosis before they called me. I was told that my unborn baby had a diagnosis that only males have, Klinefelter syndrome. I was then told about 10 to 15 things my baby would have wrong with him. It wasn’t a might have this symptom, and it was said it was a sure thing. Let me tell you, the “symptoms” said to me were pretty scary sounding.

I was told that he would be extremely tall- around seven feet, arms so long they almost touch the ground, breast, penile length so small almost nonexistent, testicles so small almost nonexistent, wide hips, feminine features, no facial hair, produce no sperm, autistic, ADHD, and learning problems. After I got off the phone with the doctor, I called my husband and told him something was wrong with the baby. We were having a boy, but he would look like a girl in that he would have no penis or testicles and would have breasts. 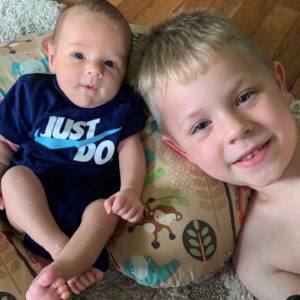 At this point, I was crying hysterically at work, and it was all a blur. It is SO crazy that I was so misinformed because the medical field was not educated on this. I was my doctor’s first case of Klinefelter syndrome, but I later found out this was only because they started doing the early gender blood test at their office at the first of the year. So they told me that they probably had several cases of it. They didn’t realize it. Klinefelter syndrome is diagnosed via a blood test.

It was a rough couple of weeks until I found a fantastic community on Facebook that educated me and reassured me that everything would be just fine. They told me to enjoy my pregnancy because I wouldn’t even know a difference from my other two children once he was born. However, I was worried and stressed about this for nine months. 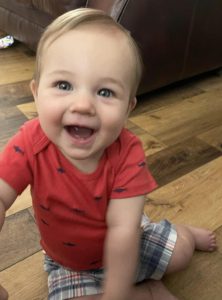 At 14 weeks pregnant, I was sent to Lubbock to a genetic counselor. Guess what? They couldn’t answer my questions and did not know about Klinefelter syndrome. They told me that all the mothers had normal and healthy pregnancies but didn’t know how the boys would be after birth.

My initial blood test showed the baby had a 36% chance of having Klinefelter syndrome. So while I was at Lubbock, I decided to have an amniocentesis to confirm. There was a slight chance of causing a miscarriage while doing the amnio. I almost backed out right before they started because they had a 4D sonogram of Everett while they were doing it. They stuck a long needle in my belly, down to the baby, to test a fluid sample. The amnio came back positive for Klinefelter syndrome.

I was scared about my unborn son’s future: 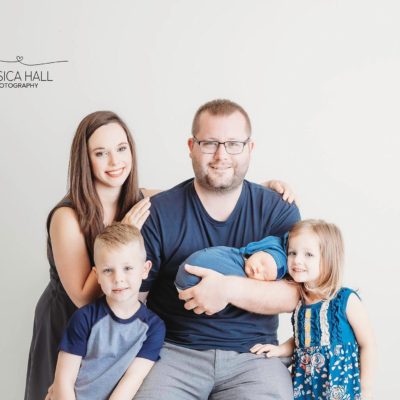 While pregnant, I researched so much! When I spoke to doctors in other states so I could have a plan for when Everett was born. I did not have any joy while I was pregnant. I worried and cried almost every day. If you know me, you know I’m not one to cry and show emotions. I had many questions and mixed feelings and was scared about my unborn son’s future. We didn’t know what he would look like or be like. I was obsessed with looking at pictures of boys in my support groups to see if they looked “normal.” All of the boys looked like just any other boy!

On July 5, 2021, my sweet Everett was born. All of the worry and emotions I had during pregnancy went away completely! He was and is perfect. I can 100% honestly say if we had not known the diagnosis prenatally, we wouldn’t have thought anything was “different” about him. We might not have ever known until he decided to have a family and was unsuccessful.

When Everett was two months old, we flew him to Denver to the Colorado Children’s Hospital, which specializes in this. He met with an excellent team that could answer all of my questions. I enrolled him in a study he will be in until he is seven years old. I also took him to Cook Children’s Hospital for a second opinion. We also had a wonderful experience there, and we will be back this summer for his two-year appointment.

I will be my son’s most prominent advocate: 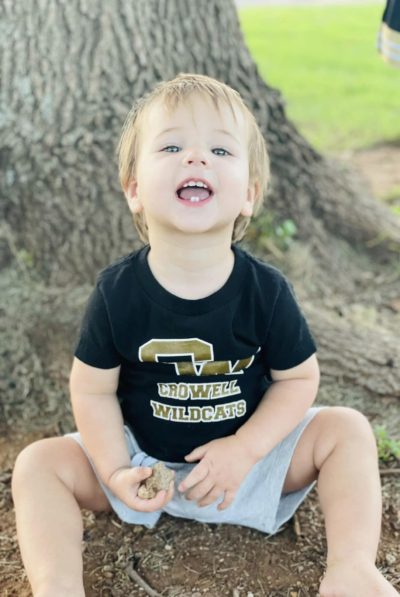 In my XXY community, there’s lots of talk about testosterone treatment in infancy. We ultimately decided to opt-out of this. They did labs in Colorado and Fort Worth, and both confirmed that he did go through the mini puberty surge in infancy. Before all this, I had no idea that infant boys even go through this! It is thought that early testosterone treatment will lower the chances of the boys needing additional therapy in the toddler years, such as physical and speech therapy. Everett’s diagnosis automatically qualifies him for early intervention. So he has been in speech therapy since he was a year old. We decided to start him on this to avoid potential delays.

I have quickly learned that I will have to advocate for my son and do the research for myself. The medical field is not educated on this. My goal in posting this is to spread awareness and educate people. With the new blood test to determine gender early that is more accessible, more and more mothers are finding out the diagnosis for their son prenatally.

So, what does life look like for my sweet Everett? Just like it will be for any other boy! All boys, XY or XXY, might have some issues; that’s life. The exceptions for my Klinefelter syndrome boy are testosterone replacement at puberty and fertility. The only thing now that I worry about for him is fertility. With advances in science, they are finding ways for males to conceive with their help. I pray that they can find a solution to this before he is at the age to start a family. It hurts my heart that it’s already decided for him that he will likely be unable to conceive his children if that is what he wants to do.

In a nutshell, awareness. Awareness is needed in this diagnosis. It is so familiar, yet the medical field knows nothing about it. I want to change that. I don’t want a mother to go through what I did for nine months, questioning the unknown. My husband and I do not want Everett ever to feel ashamed of his extra X simply because there isn’t enough knowledge on this.

Here are some pictures of our cute little guy! 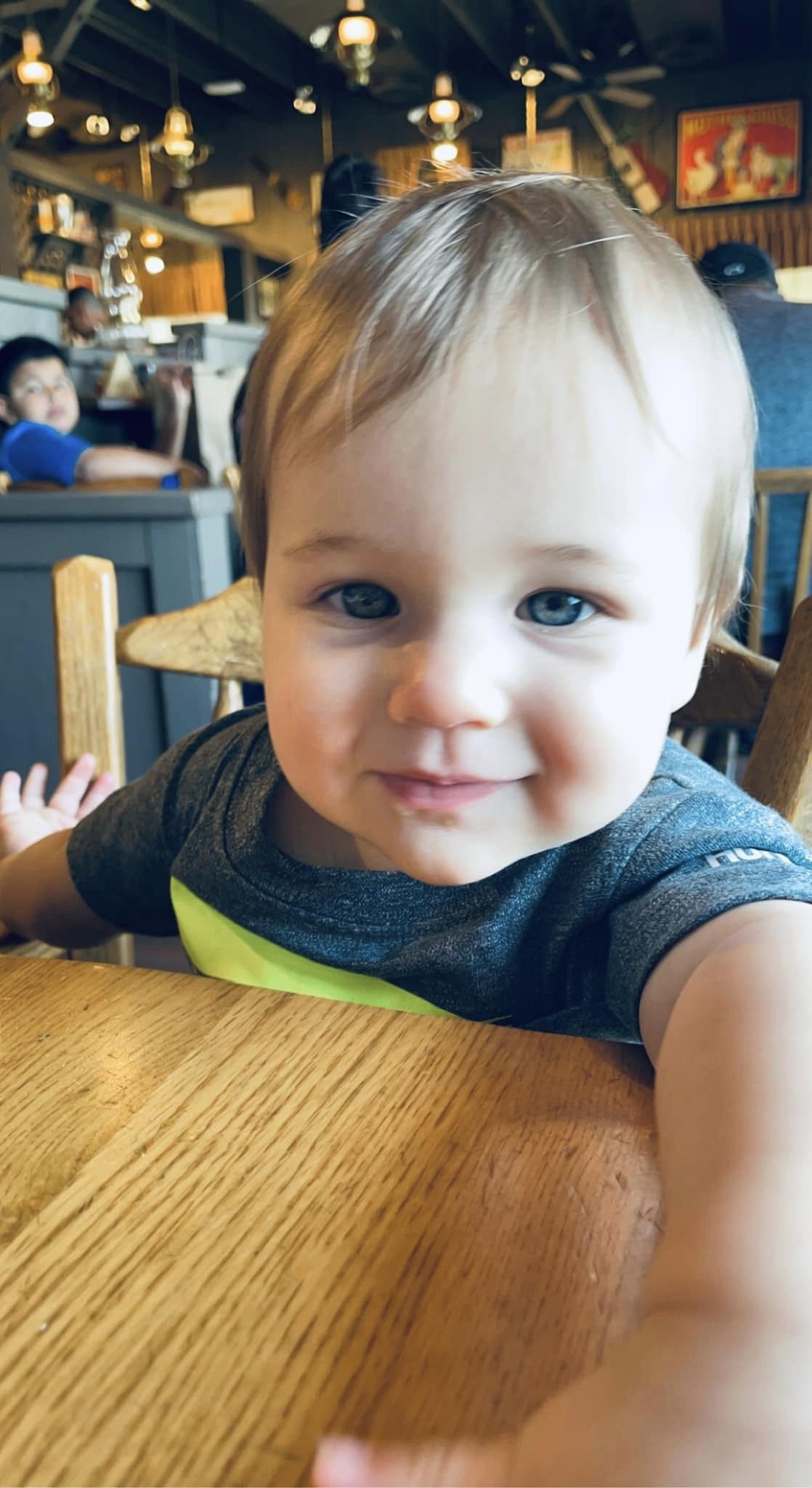 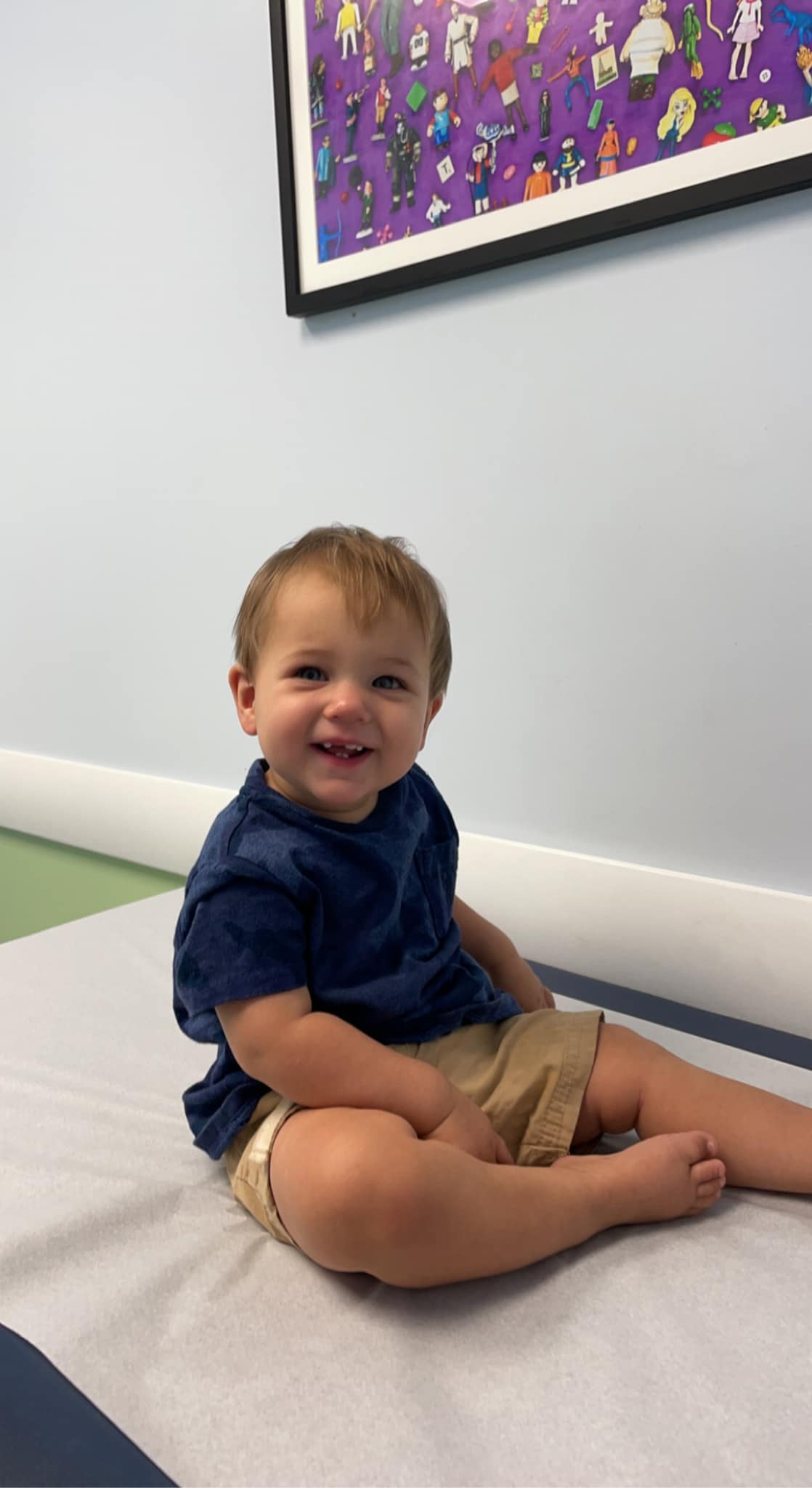 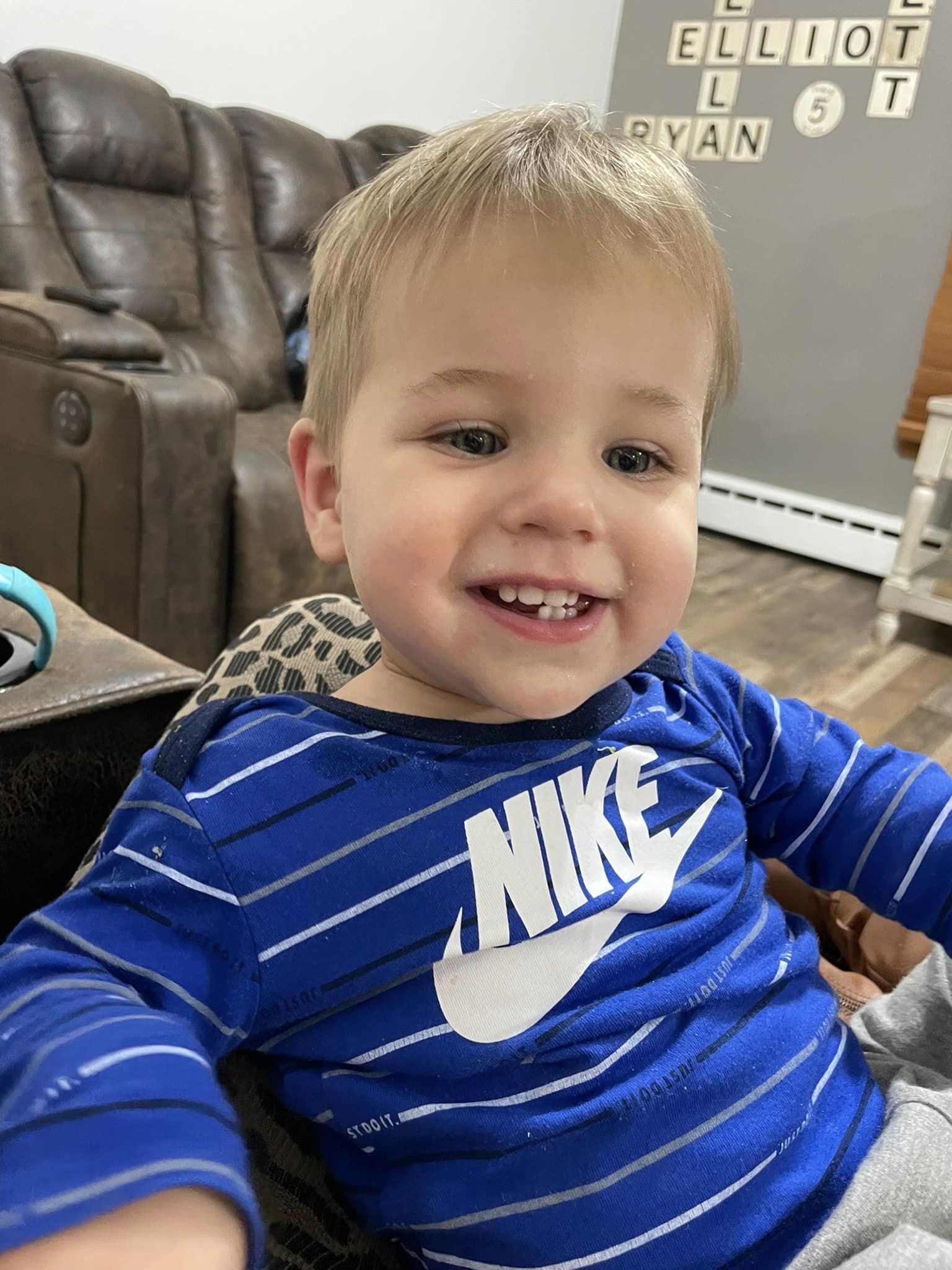 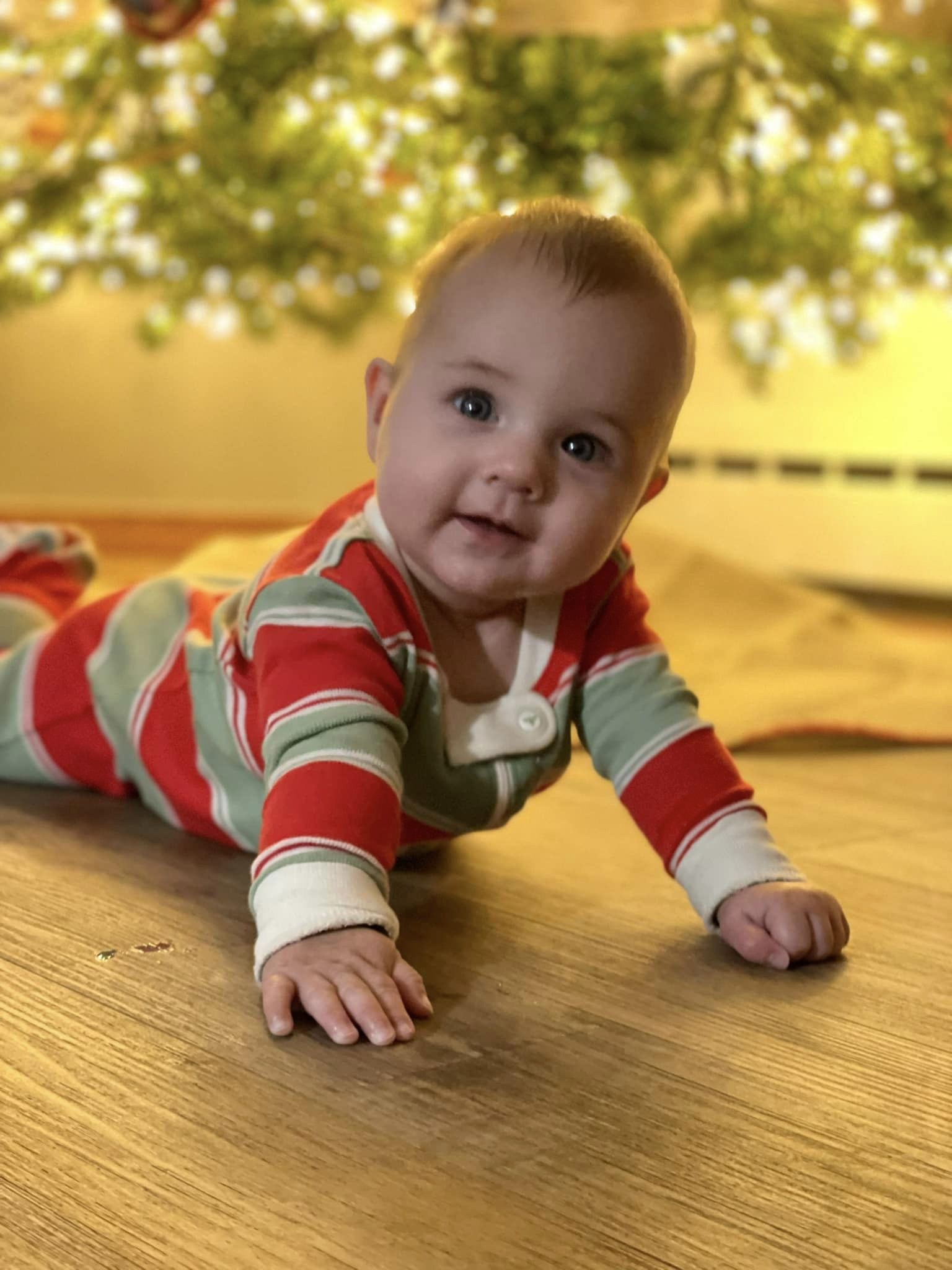 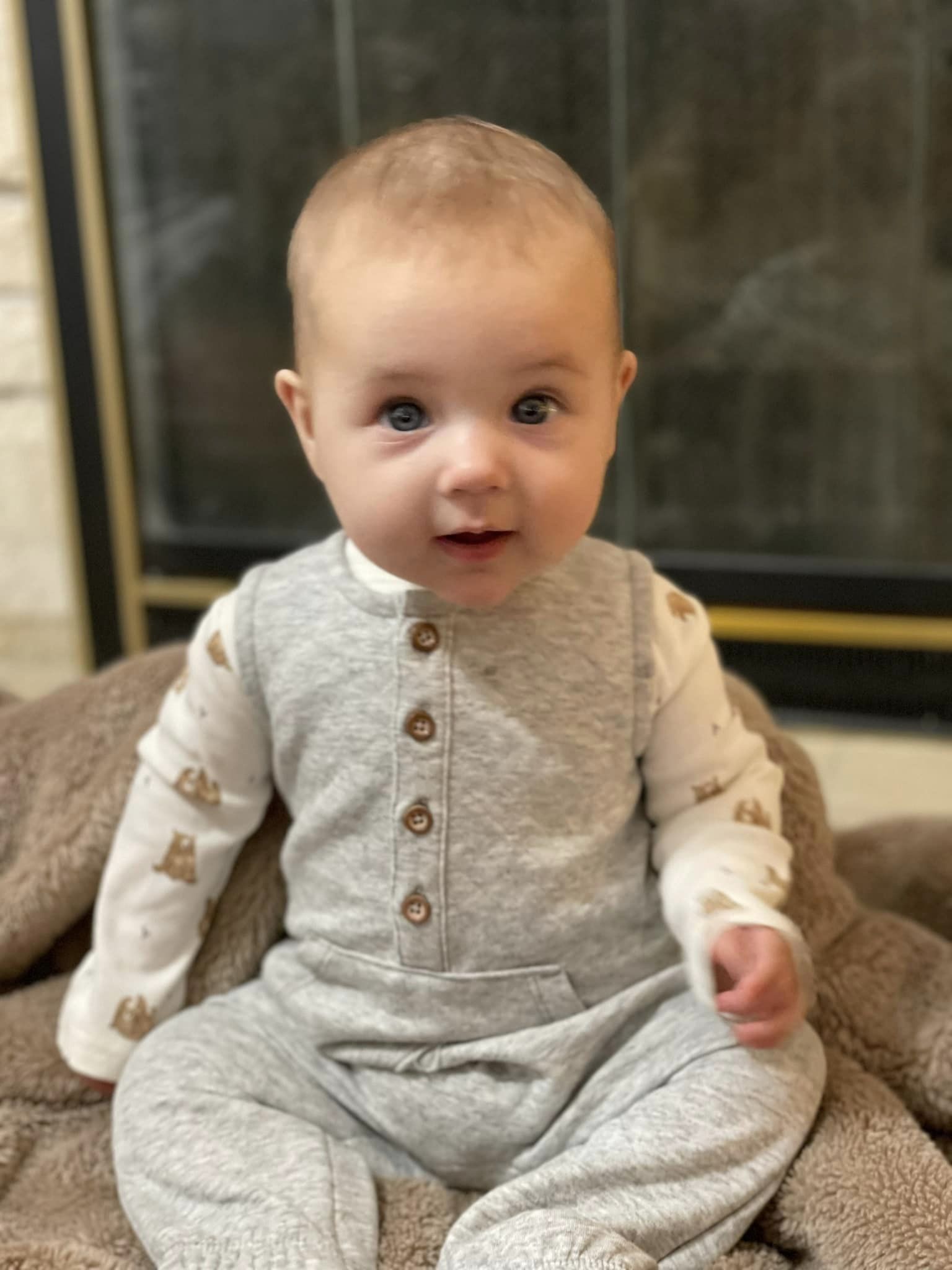 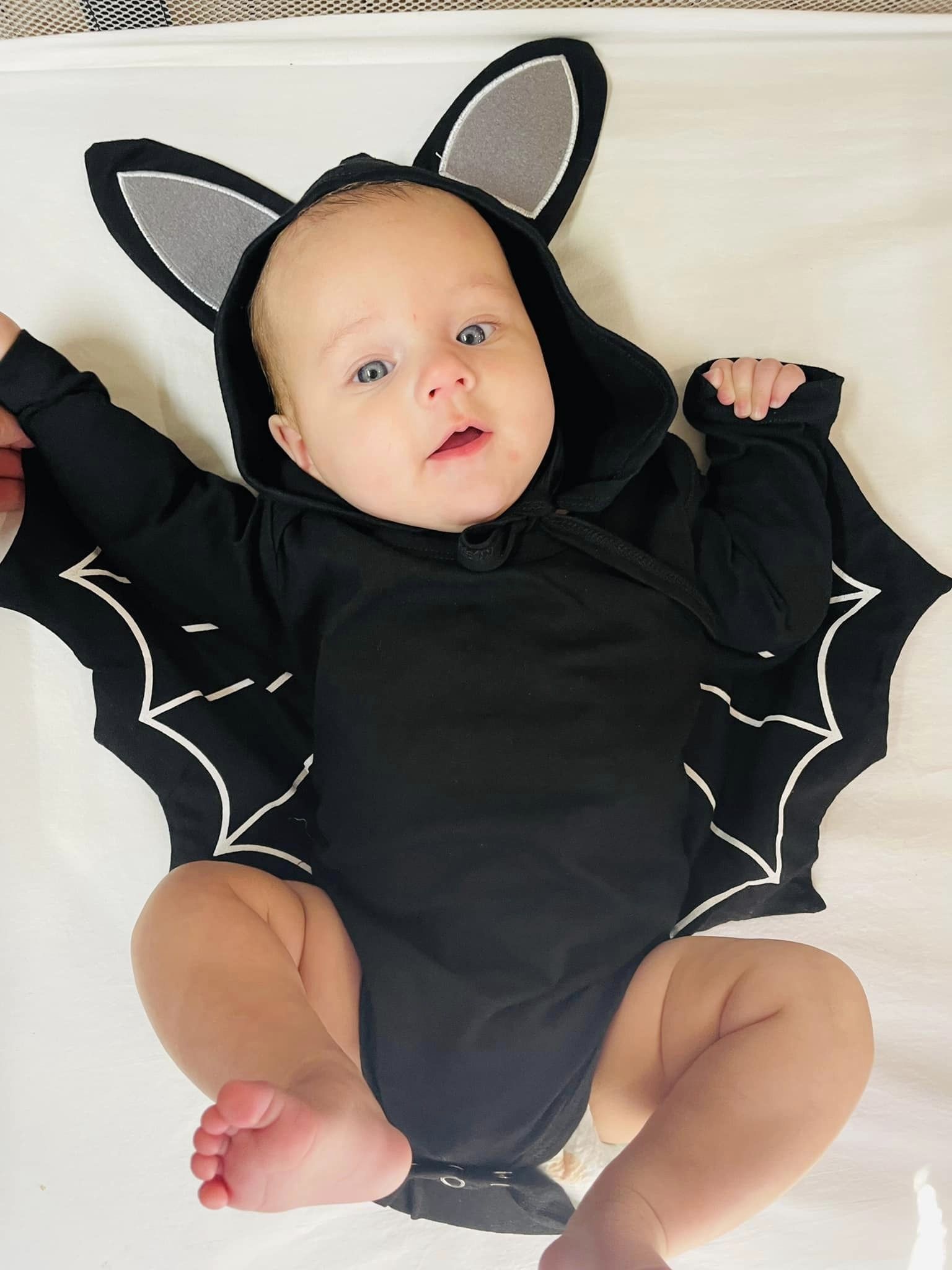 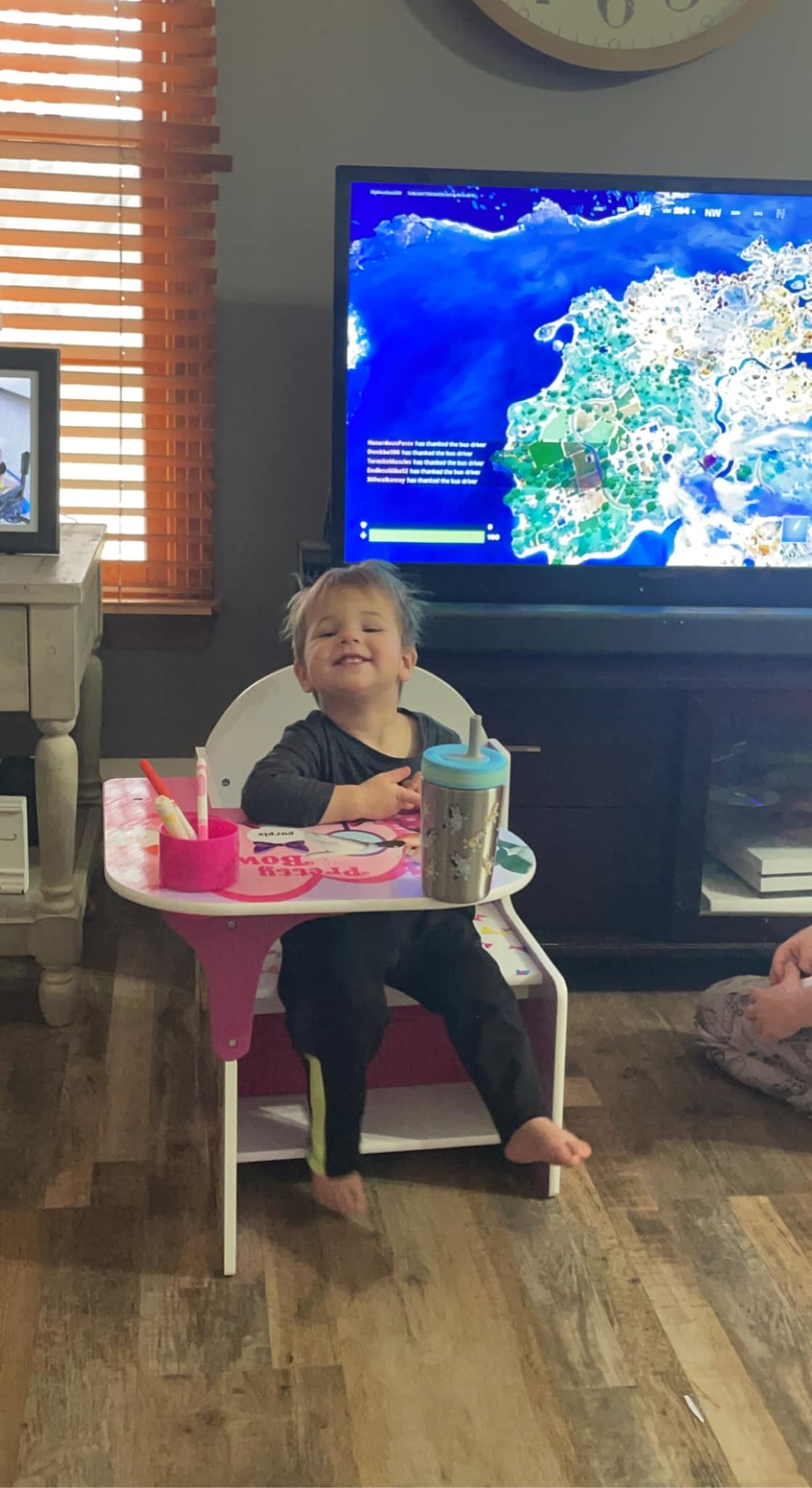 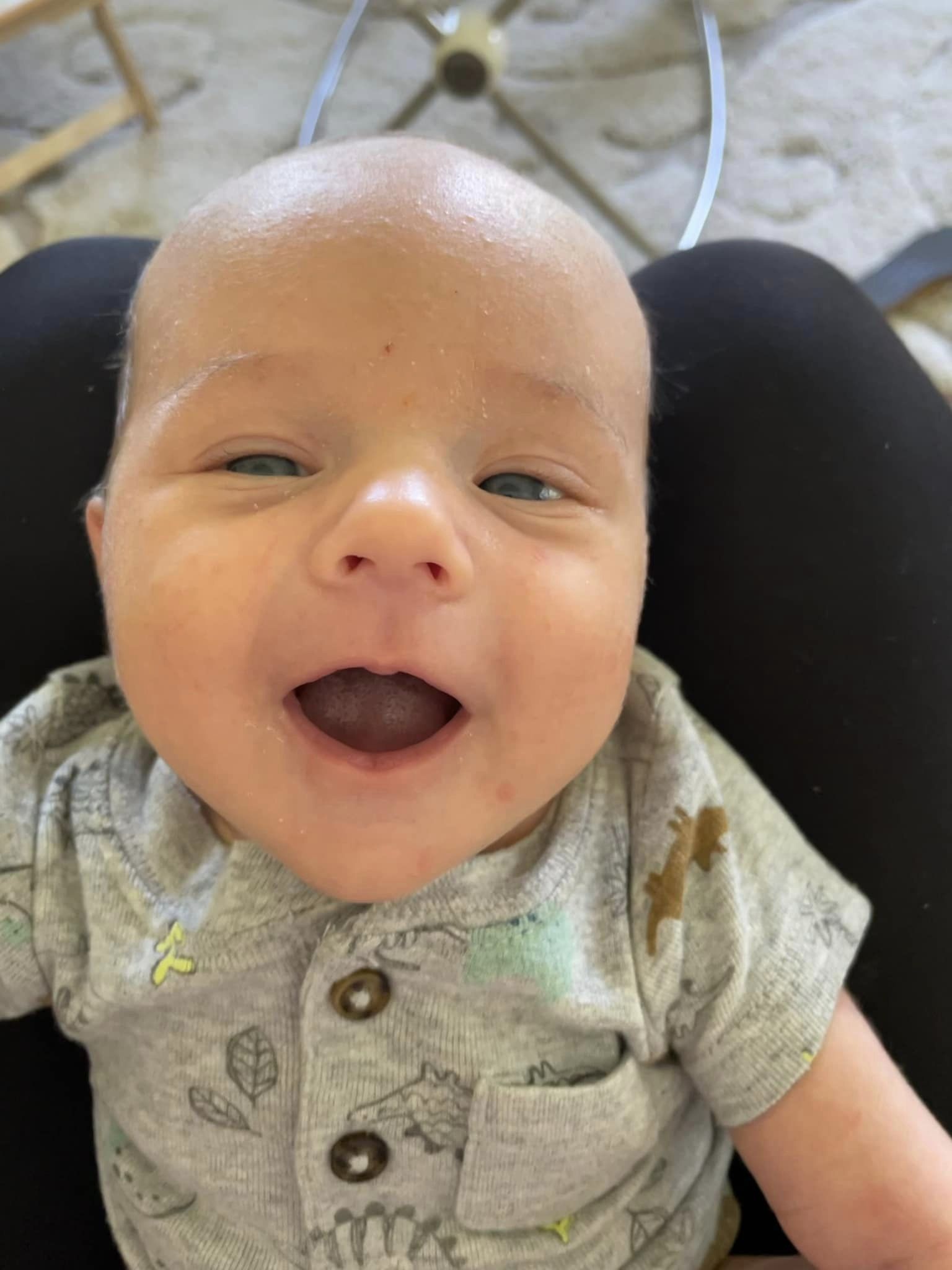 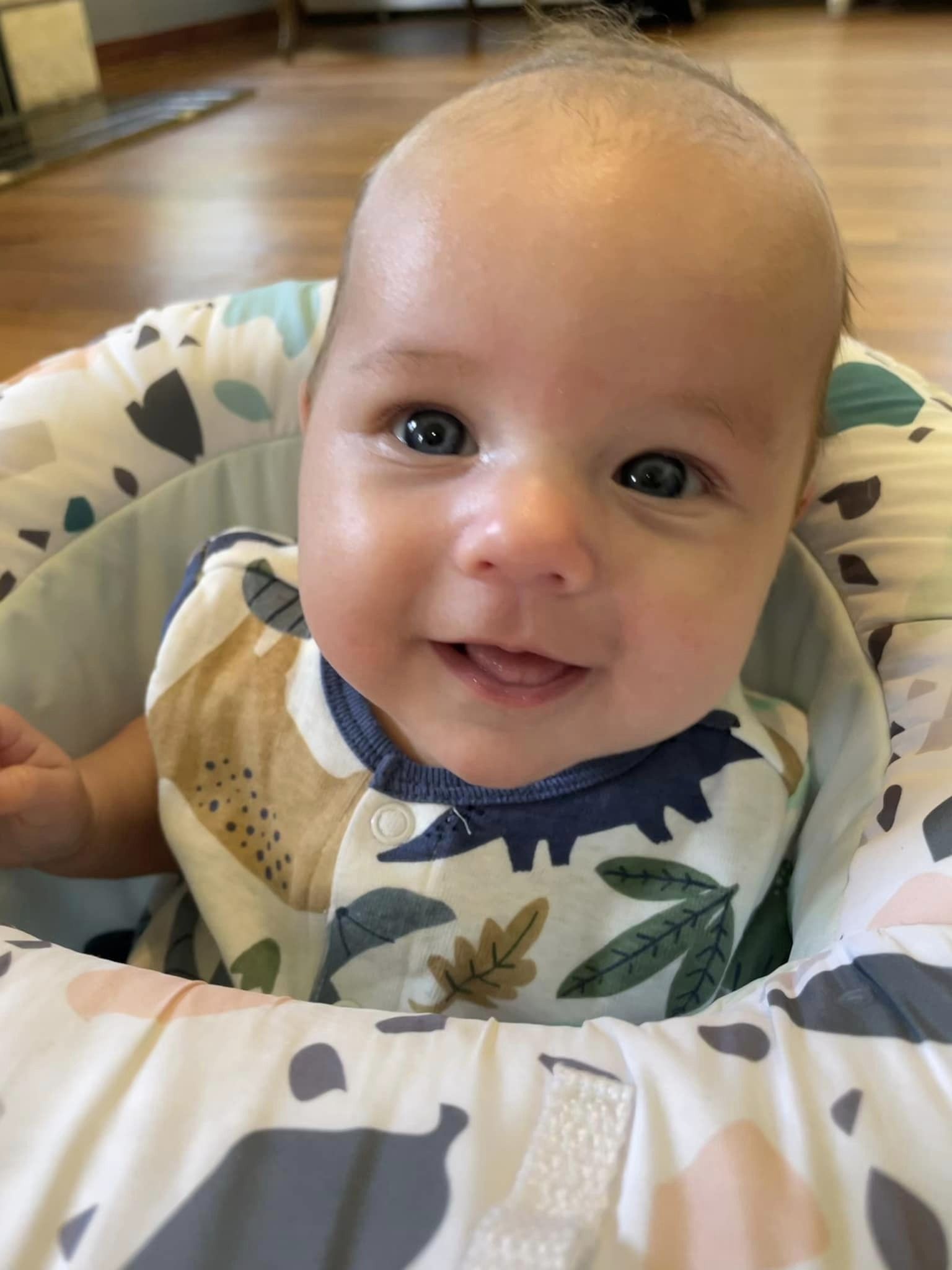 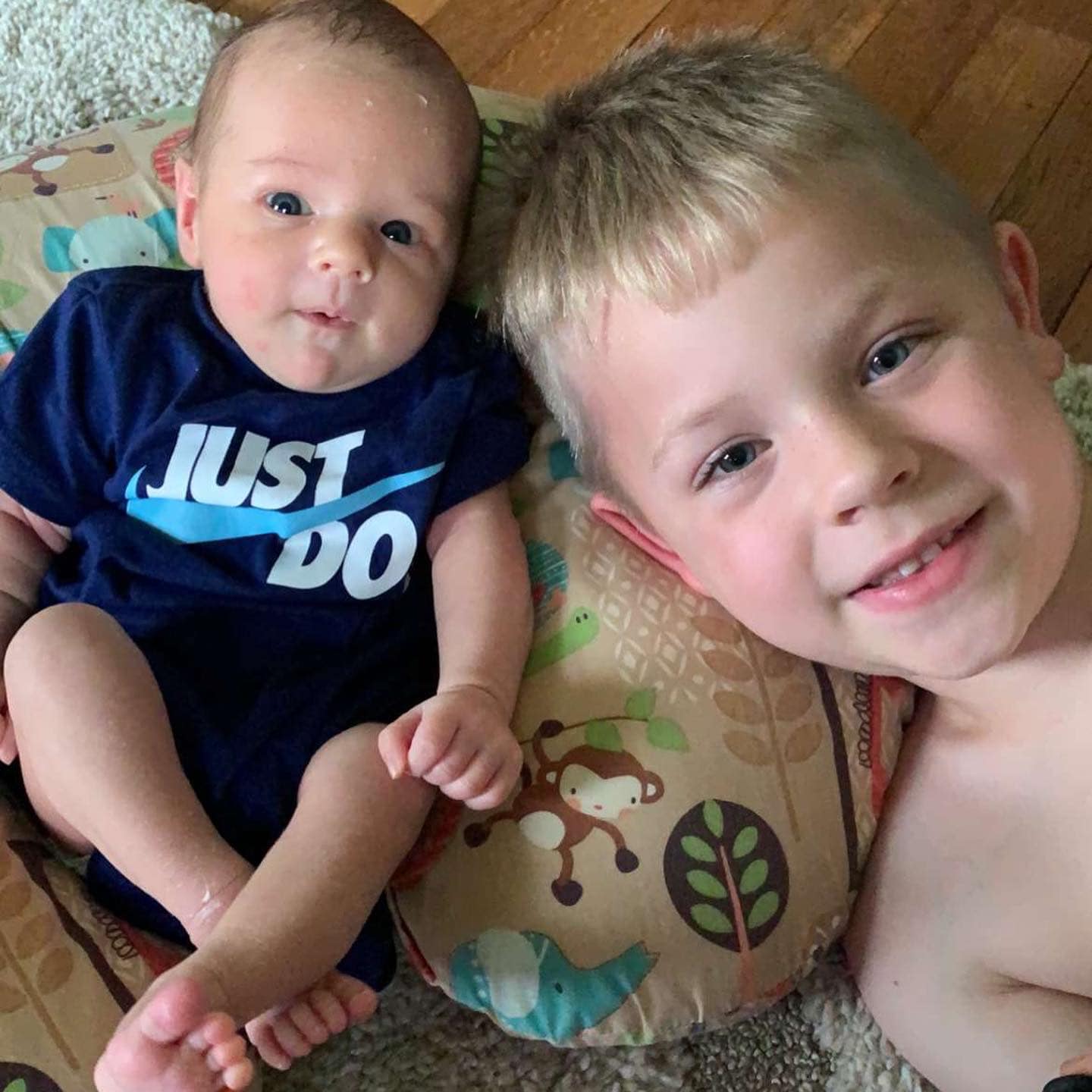 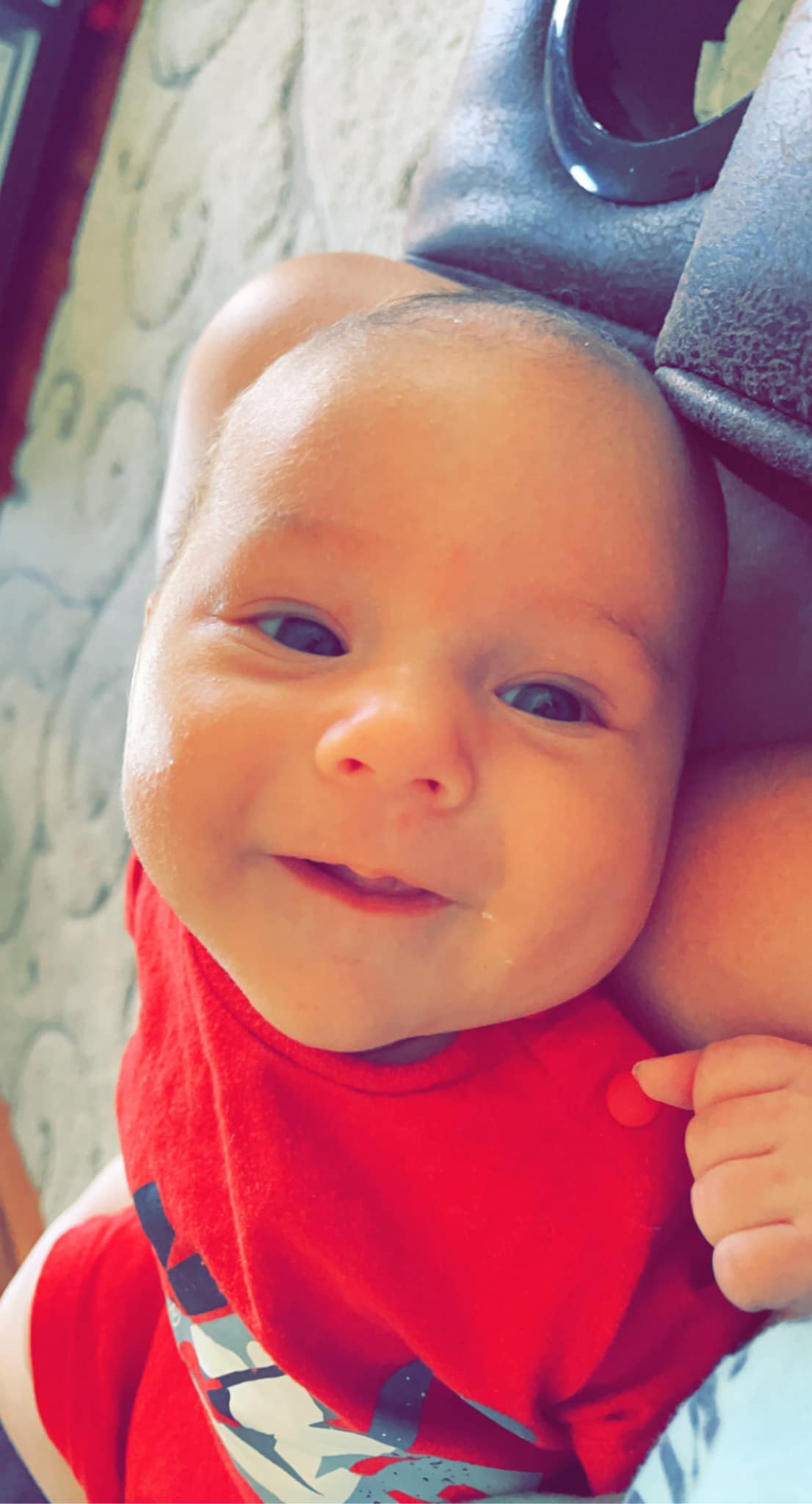 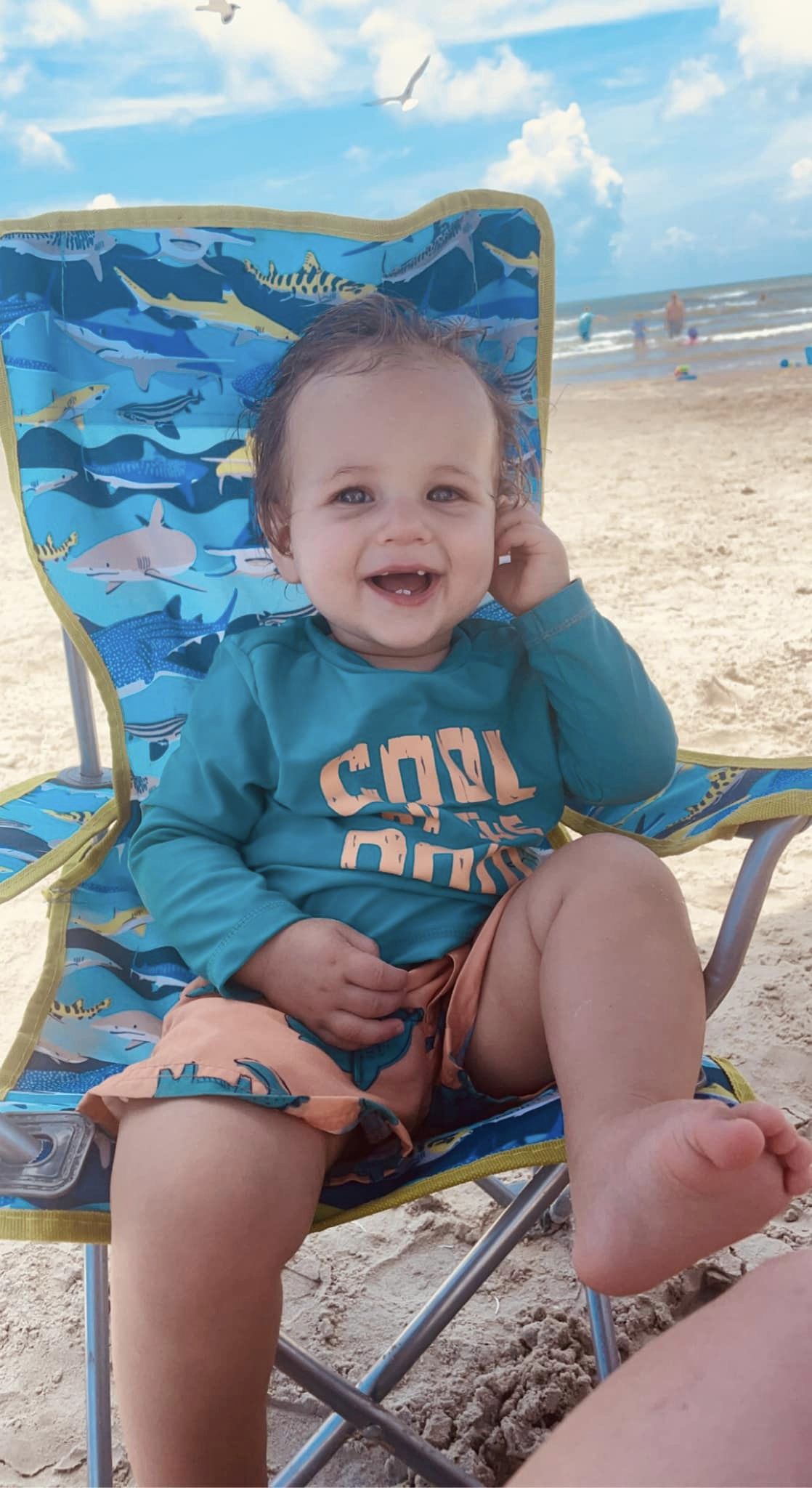