A few days later I canceled our XXY abortion.

My husband and I got married a few years ago. I was 34 and he was 44. We dated for 4 years and I was super keen on trying for a baby by then as I knew it was time. I got pregnant after a few months of trying and did not have much morning sickness.

During one of my early appointment, my doctor drew some blood to do the prenatal testing. We were away in Colorado when I got the phone call from the doctor saying everything looked fine with baby! I drew a big sigh of relief as I was conscious that my age was already a little advanced compared to some. During our next doctor’s appointment for a scan, my husband came with me and the doctor came to let us know she hadn’t picked up on an abnormality. The baby had Klinefelter syndrome and an extra chromosome. What did it all mean? She quickly went on saying “mental retardation, severe delays in development… but she could help me have and XXY abortion without any difficulty”. We left the hospital in shock. In the front doors of the hospital, we started googling XXY and Klinefelter only to see some terrible descriptions and images of what our son would look like. I’ll always remember my husband saying “baby, if this is how he’s going to be, then we can’t bring him into this world. We just have to end it”.

Cries and cries followed at home, and I booked an amniocentesis to double check for Klinefelter syndrome and cried so hard during the amnio. They confirmed the diagnosis. I went ahead and booked an XXY abortion with the hospital, along with an appointment with a geneticist. My husband was traveling and my best friend came with me to the geneticist. This wonderful doctor welcomed me and took an hour to tell me what XXY was, and what it meant as a spectrum. A few days later I canceled the XXY abortion. Deep down, I always knew I could not terminate my baby. I loved him too much already. 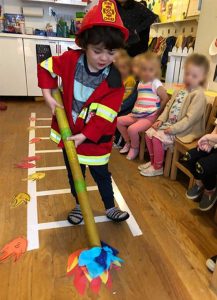 That summer, the geneticist contacted me about meeting another boy who was 7 and had xxy. We joyfully agreed and were so happy to see the sweetest little boy in that office. For some reason, I had yet to wrap my head that my son was going to be just fine.

When he was born, I was the proudest of mothers. He latched on to breastfeed without little difficulties and was the most adorable boy. By 1 year of age, we noticed he was pretty quiet and I was able to get him Early Intervention services after some fight and several evaluations. He’s been having Physical therapy, Occupational Therapy and had 2 years of Speech therapies which were recently ended given his proficiency with language. He is now 3 years old. He runs, jumps, loves to act like Spiderman, is a great talker, understands French and Spanish, has many friends and is super social. He talks to anyone he sees and does gymnastics and soccer outside school. I would not change an ounce of him. He is just perfect. Written by a Loving Mother. Thank you for allowing me to share my story.