Kelsey Maffei: We all have a story to tell 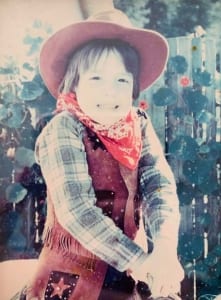 The following is a bit of my story…

“We all have a story to tell, and a perspective from which our experiences determine who we are”. Kelsey Maffei

Starting from my childhood, I attended a small private school (about 200 kids) and the expectations in this school were higher than most. I got mostly good grades and excelled in spelling and writing. I did well in math, until about Algebra II, as I had trouble with the conceptual theories and the addition of letters in math (what is the purpose of that anyway?). I graduated high school with a 3.14 GPA and went on to college. I went on to graduate from college with a bachelor’s in psychology and a minor in business administration. In a human sexuality course in college, I learned about sex chromosome variations and briefly about Klinefelter Syndrome. I suspected similarities in myself, but brushed it off and thought that was something that only happens to other people.

Socially, as a child and into my adult years, I have always struggled with self-confidence and interacting with groups of people. I do pretty well with one or two people in conversation, but more than that I have anxiety and resort to being the observer rather than interacting. At 40 years old, at the time of this writing, I am becoming more comfortable with the idea of that observer role as opposed to thinking I need to be more extroverted, but for many years I used alcohol to try and be what I thought I wanted to be social. Needless to say, that never really helped me achieve the goal of being more comfortable in groups.

My wife, Tanya, and I met our senior year of high school and we have been together ever since. We got married at 23 and started trying to have children a couple of years later. After a year of no luck, we decided to seek a medical explanation and I had a test at the local hospital to see what my sperm count was. It came back with zero and was confirmed with a 2nd test of the same. That led to seeing the urologist, who did a karyotype and confirmed the non-mosaic, 47 xxy diagnosis. I was 27 at the time, and I was devastated. I couldn’t even look myself in the mirror for months. I resorted to drinking and sank deep within myself for several years. I finally quit drinking altogether almost 5 years ago. Now I use exercise and running to manage my anxiety and emotions in a healthier way. 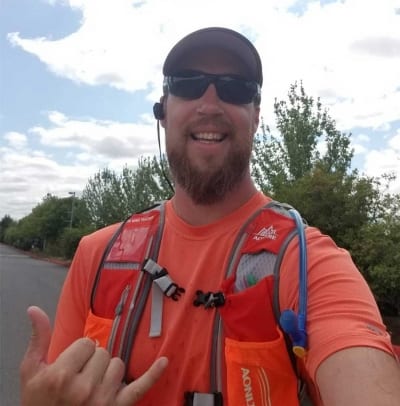 Tanya and I realized our priority was to have a family and we weighed our options. We chose to use donor sperm and IUI, and we were lucky to have 2 beautiful and amazing children with this process. It was challenging for me to accept the use of donor sperm, as “I felt like I was choosing my own replacement. And I was worried that I would not have a loving connection with my kids, but that worry evaporated as soon as I held my kids for the first time; I have not worried about it since.” Kelsey Maffei, I will always be their father, whether I contributed to their existence biologically or not.

I did not begin TRT until about 4 years ago. When I was diagnosed, my T level was at the bottom end of the normal range (about 220), and the doctor didn’t think it was necessary. It wasn’t until about the winter of 2015 that I started to feel most of the classic symptoms of low T. I then asked my doctor for a test and it was less than 100, so I started weekly self-injections of testosterone. Life has been much different for me since then. While I understand that TRT is not for everyone, I feel like it has been a positive influence in the stability of my moods, my ability to have any muscle mass, to manage weight gain, and to now be able to grow a beard. I see that my self-confidence has improved, and I am better able to focus on things I decide to pursue. 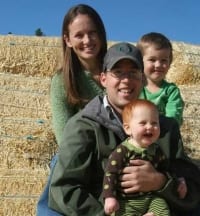 For the first 10 years after diagnosis, I kept it a secret, except with immediate family and a few close friends. That was challenging on many levels as I felt I was living a double life, hoping with all my will that the 2 would not collide and people would not see who I really was. Thankfully, for the past 3 years, I’ve grown to the level of acceptance which allows me to be open with the world about who I really am, diagnosis, and all. “I feel like by sharing my story of living with XXY, I have the ability to shape people’s perceptions of who I am before they have a chance to determine their own conclusions based on what they read online about Klinefelter syndrome.” Kelsey Maffei

Overall, we live a comfortable life, that is not without its’ challenges, but we try to focus on the positives and not let the diagnosis dictate how we should live our life.

Accepted
“No one could ever truly
understand; woe is me.
Why is my own plight more
dire than that of thee.
The skeletons hiding in the
closet aspire to break out.
Leaping at the chance to
freely scream and shout.
Instead, a mask to the outside
world is my self-preservation.
A shield to hide the feelings
of shock, anger, and rejection.
My one and only hope for the
future is to learn acceptance.
To be happy and satisfied with
a life where illusion is existence”