Devra Strauss lives with her family in New Jersey. Together with her husband Pete, they’re raising two sons, Cooper and Declan. One of her sons has an extra X chromosome. Devra shared her story of learning about Declan’s diagnosis of 47, XXY, and how they were offered Klinefelter pregnancy termination. 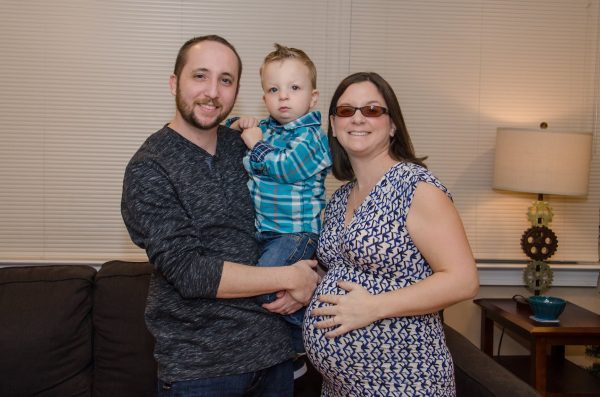 When Devra was pregnant for the first time, she was excited for her upcoming ultrasound appointment. She looked forward to an opportunity to see more pictures of her unborn child. Excitement turned to worry when a small abnormality was noticed; it appeared the baby had a slightly recessed chin. Devra’s provider recommended further testing, as she was “in a critical time.” A CVS test was performed that day, and a sample of the placenta sent off for testing.

While the couple waited for the test results, they were also excited to find out the sex of their unborn child. When the phone rang, it was a genetic counselor who said, “We have some news.” She went on to explain Devra’s son had something called Klinefelter syndrome (KS), or 47, XXY.

Devra was home alone, as Pete was at work, and she struggled to understand the information being spoken at her. It was midday, and there were still several hours before Pete could leave work to come home. The counselor explained it was a spectrum disorder, but didn’t clarify KS is something only males can have.

The counselor went on, saying “a lot of these boys have social problems; they don’t have many friends. They have awkward bodies, they have some gynecomastia, they have self-esteem problems, they have learning disabilities.” When Devra asked about the sex of the baby, the counselor told her it was a boy. Recalling the conversation, Devra said “So that was an interesting way for her to tell me it’s a boy. I feel like they led with the wrong information. They should have led with the happy news, but they didn’t.”

The conversation then turned toward Klinefelter pregnancy termination. The counselor offered termination as an option, and Devra felt an “awful, sinking feeling.” The counselor went on to add that the baby also had a secondary diagnosis of 22q11.2 microduplication. According to the genetic counselor, this diagnosis could also “cause significant issues.” The counselor suggested Devra and Pete come in together to discuss Klinefelter pregnancy termination. She said they could talk more, but some parents “don’t feel that this is something they can handle. Termination is an option for you. Do you feel you and your husband might want to terminate this pregnancy?” 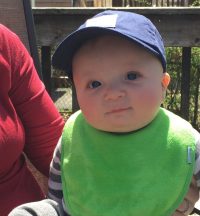 Termination hadn’t even crossed Devra’s mind until the counselor suggested it. She felt scared, and thought “oh my goodness, what am I getting into?” Pete shared her fears, but they decided to seek further help. It was a difficult and isolating few weeks. They found a geneticist “who was much more helpful” and provided much-needed clarity. He explained, “You’re looking at a spectrum. It doesn’t matter if he has two conditions, he could be low on the spectrum on both. So many of the boys go their entire lives with never having issues until they go to have kids.” The geneticist’s attitude was much more optimistic, and he added, “what if he thrives? What if he’s a star?” This made Devra “feel a lot better.” After meeting the geneticist, Devra and Pete realized Klinefelter pregnancy termination was off the table for them.

The remainder of Devra’s pregnancy after they decided against Klinefelter pregnancy termination went smoothly. She didn’t feel sick or uncomfortable. She went into labor at 38 weeks, and labored for a bit at home. Once she arrived at the hospital, she was already dilated to 9.5 centimeters and was ready to deliver her son. Declan got stuck during the delivery, which resulted in a cesarean section.

Declan as a baby:

Devra recalled Declan as a very calm baby, who only cried when he needed something. Declan was very happy, and grew well. He was a bit late on some of his milestones, such as starting to crawl at ten and a half months. He walked at 17 ½ months, and started speech therapy and physical therapy at 17 months. The early intervention was a great help, and Declan soon caught up. Devra said “I think having the tools early, and knowing early was a huge help to us, because otherwise we probably would have pushed it back a little bit or said, ‘let’s see how things go.’ But having the information was helpful to us.”

Declan is now a healthy and happy first grader. He reads at the top of his class, and is one of the most popular kids in his grade. Devra said what draws others to him is his empathetic nature. She added “It’s incredible how empathetic he is. I hope he grabs a hold of that and does something with that because he’s the most empathetic kid I’ve ever seen. He really cares for everybody around them. If someone falls on the soccer field, he helps them up and brushes them off.”

After a round of pediatric testosterone shots, the family has noticed some growth in Declan physically and emotionally. As the family looks to the future, they plan to start being more open about Declan’s diagnosis. Devra shared, “I know that my husband and I are both excited. We hope that this has a positive effect on everybody and we hope that everybody does come and talk to us and ask us the questions that they have. And to not to be scared to ask us directly, no matter how awkward the question may seem.”

What healthcare providers should know: 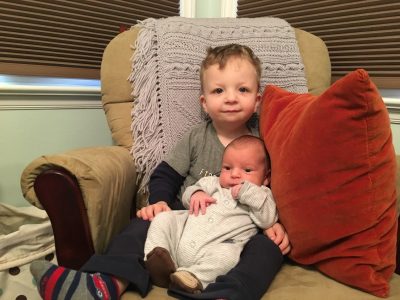 When asked what she’d like healthcare providers to know, Devra stressed the importance of considering how they share the news with patients. “Don’t start with the negative. There are so many positive attributes these boys have. Lead in [with the sex of the baby] if they want to know, because either way, they’re going to find out the sex of the baby with this information. Be excited for them. Say “Hey, it’s a boy! But we need to talk about something else that he is going to carry around with him.” She also suggested “not to focus on the negative emotional effects, and the negative physical effects. Touch base on “your child may be perfectly normal and may not have anything wrong. Your child may be extremely talented and artistic.” It all comes down to every child is different. Your child may be the next miracle worker, the next Steve Jobs, you just don’t know.”

What she would say to parents: 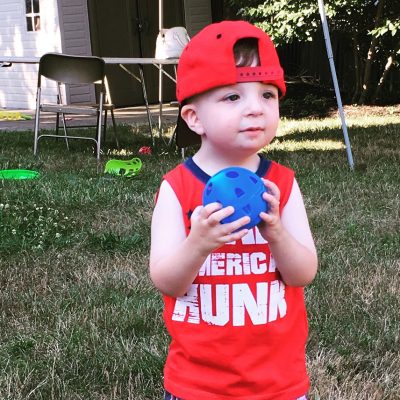 Devra recommended that those who are diagnosed with KS should reach out to other mothers. She found support groups for babies specific to 47, XXY, which led her to adult grounds, and then to Living With XXY.

She suggested talking to “men who have dealt with it. Being in those shoes and having dealt with it, I know how scary that feeling is. However…every child is going to have something they’re not good at. A lot of these boys are absolutely perfect. A lot of these boys are eager and determined. And I think that any mom who gets this diagnosis, it’s hard to take in and get all the proper information. I think if you speak to the people who know firsthand, you can see pictures of boys that you’d probably never know had anything. I know that helped me; speaking with mothers. I also spoke with a gentleman [with KS] in the very beginning, and he helped me a lot to see that it’s not a bad diagnosis. I kind of feel like it’s been kind of a gift.”