My first time telling people my son has XXY. 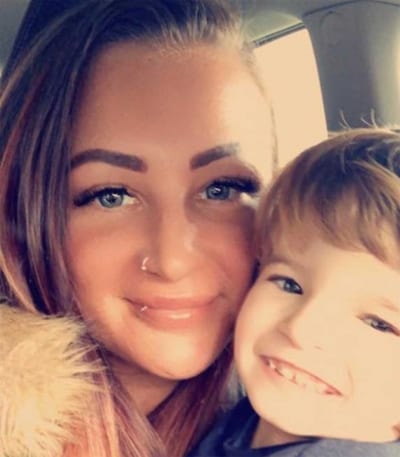 Sam Carson
“As people know my Thomas has been born with a syndrome. The syndrome Thomas has is Klinefelters. His syndrome is also called XXY. Meaning my boy has an extra X chromosome. The X chromosome is not a “female” chromosome and is present in everyone. But it is more prominent with my Thomas. Klinefelter syndrome affects around 1 in every 660 males in the UK alone. A lot of men don’t even realize they have it until they try to have a child.

My boy, with this syndrome, is believed to be completely infertile. Meaning, at present, he can never be a biological father to a child in the future. (How I’m going to break this to him when he’s older, I have absolutely no idea). As Thomas reaches a certain age he will also struggle to produce testosterone naturally due to the extra chromosome.

He is under one of the top Endocrinologists in the UK and also has a team in Alder Hey as well as everyone else around the country. This is why we’re always there. I have been in talks with specialists in America to get him approved treatment over there which may boost his sensory processing disorder to almost nonexistent and reduce his “autism” traits as he gets older. But unfortunately, I can’t afford it. This isn’t a plea for money. I refuse to set up go fund me stuff. He is my child and I need to get back to work, once he starts school and saves. Above all else, it’s not life-threatening. As we see, heartbreakingly, with a lot of young children whose parents can’t afford treatment. It will just improve his quality of life. Or it may not. Either way, he’s always got me to guide, help and support him for as long as I’m here. I will always be by his side. That being said, they are developing new “strategies” all the time.

I have already made it known and made sure that it is well documented that when my boy becomes of age if his ‘you know what’ is viable I want it cryogenically frozen, so that he may have some hope to be a biological father when he meets someone, is ready to settle down and start a family.
The first question that came out my mouth when I was told of his syndrome, as I was sat next to his incubator in SCBU intensive care was; “Will he live to normal life expectancy?”

I was told before he was born, he had one of two syndromes. The first he’d die on delivery. The second he’d only survive a few hours, then die. At that moment, 5 days later- that is all I cared about. Everything else I could deal with later on. I just couldn’t deal with saying goodbye to my son early forever.

After having numerous tests and samples being sent off. They came back. Having never heard of this syndrome before I was frightened about my child’s future.
I was told he was going to live to normal life expectancy.

That’s was enough. The most relief I have ever felt was knowing my child, albeit still had a syndrome, but was going to live as long as a normal child would, was everything. I have never felt so much relief in my entire life.

I’ve kept it quiet as I know how people can deceive such syndromes. I know how vile people can be and I honestly don’t think I would be able to control myself if anyone ever said anything nasty about my Thomas. But there it is. It’s important syndromes like these are made aware of parents and men. It’s taken a lot for me to actually write this down and make it public, almost 4 years later but I believe awareness is needed.

Thank you so much to Ryan who has supported me, when I’ve needed it, he is the founder of the Living With XXY over in America. Thank you for sending me the awareness stickers and cards and for just being there. Also thank you for your blogs on your vital injections and everything else you have to live with being XXY. Your YouTube channel, I watch all the time imagining that’s my Thomas when he’s older. Also thank you to Raj from the Mum’s of XXY group I have been in since day one. Your support even just by pictures of how you live your day to day life helps me enormously. I have always been cautious for Thomas about his syndrome. But now, almost 4 years later, I’m questioning why. I feel incredibly guilty.

This is who Thomas is.
This is his syndrome.
And I’m proud.
Most importantly, he will be proud of himself too.
I’ll make sure of it.
To me, he is, always was, and still is perfect