The Voice of Andrew Curry

The Voice of Andrew Curry

Andrew Curry is an Eagle Scout. He lives his life by the scout code, and loves helping people. He’s an avid gamer and an excellent swimmer. Andrew is also successfully navigating the world with Klinefelter syndrome. 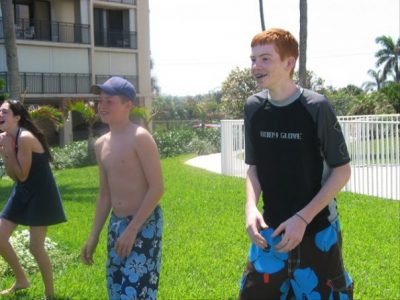 Born in New York, Andrew moved to Charlotte, North Carolina when he was six. In many regards, twenty-nine-year-old Andrew had an average childhood. His parents are happily married, and he had three younger brothers to entertain him. He attended public school, and did fairly well until the sixth grade when he started to fall a bit behind due to advanced classes. His parents recognized his request to be moved to private school. Andrew was happy with the move; he liked the school better than the one he had been attending. He had friends, and joined carpools.

Though tested for learning disabilities when he started to fall behind around sixth grade and was granted extra time for tests, he chose not to take it. “In private school they would take you out of the room to test if you need extra time; I didn’t want that,” he said. “And really, if I didn’t know it by the time we were supposed to take the test, giving me two more hours to stare at the ceiling wouldn’t do any good.” In high school Andrew found if he wasn’t interested in a subject he would completely disengage as well. When it came to sports he found “he didn’t like to chase a ball back and forth”, and as a teen decided swimming was his sport. He joined the high school swim team, “mostly for exercise” and did fairly well. 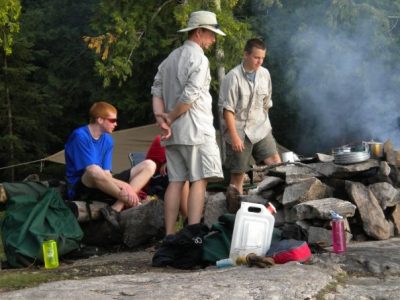 He enjoyed school and being part of the swim team. Andrew’s passion during this time was scouting. He’d joined the cub scouts as a child and it was by far his favorite part of the day. From his friends to the adventures the troop went on, he loved being a scout. By his teen years, he’d almost worked his way up to Eagle Scout. Andrew needed to choose a final project to complete his journey.

He chose landscaping, and put together a plan to redesign the grounds around the high school. Andrew loved working with his hands, and the school needed a bit of a facelift. They immediately said yes and he set to work, creating a gorgeous topiary. Andrew said this project, “was a huge part of who I was.” He’s still an Eagle Scout today.

Around the age of sixteen, Andrew woke up one morning and took a shower like any other day. Unfortunately, this day turned out to be drastically different. When he went to wash his testicles, he found they were black and blue, as if he had bruised them. He had no pain, and had not injured them in any way, so was alarmed. He told his parents, who immediately took him to the urologist. The urologist noticed Andrew’s testicles seemed a bit small, and opted to do a karyotype test. The results came back positive for 47, XXY. “I remember the doctor calling my mother while she was driving,” he recounted. “He asked her to pull over while he explained that something was wrong.”

Andrew wasn’t too upset by the diagnosis. He remembered the biggest thing being he wouldn’t be able to have children. However, at 16 he wasn’t thinking about that anyway. Medical technology had come a long way, so he could “deal with that when he got there.” 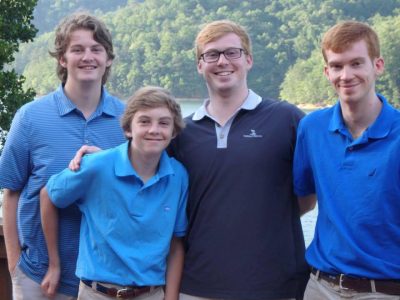 Taking regular shots wasn’t enjoyable. The doctor’s office did it initially, and following that it was decided to do it at home. At first, Andrew could not do it himself due to the anxiety surrounding using a needle on himself, so his mother helped him. The testosterone itself he found to be life-altering. Where he once was tired, he was now full of energy. His personality, while always good, tended to veer towards being more quiet and introverted without shots. After his shot, however, he was outgoing and more extroverted. He was up for almost anything like every other teen, but took some time for him to come out of his shell.

He took shots for a few years, until testosterone gel was introduced. For Andrew this was a game-changer. He got the testosterone needed without the shot. He’s used the gel for over a decade (the generic version of AndroGel) as part of his daily routine.

After graduating from high school with a solid B-/C average, Andrew enrolled in Central Piedmont Community College in Charlotte. He initially wanted to 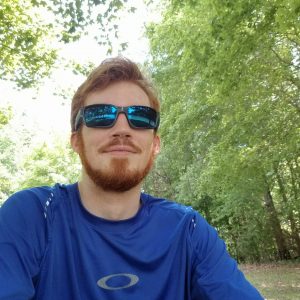 do something with aviation, but that wasn’t available, so wasn’t sure what he wanted to focus on. Andrew tried engineering, but that didn’t spark his creativity.

He explored other classes, focusing on what he loved. He enjoyed using his hands, and solving computer issues. Computers made sense to him where it didn’t to others. He previously had built his own computer systems, and found the problem solving intriguing. He became a Computer Science major and graduated in 2016, with an Associates of Science degree with a dual concentration in Information Systems Security and Digital Forensics. 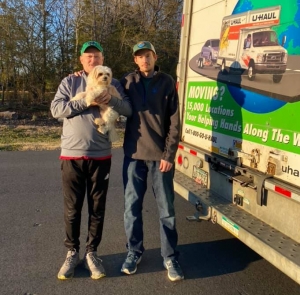 Andrew had worked as a lifeguard and in a grocery store during high school and college, so right out of school he secured a job. Shortly afterwards, he began working at Global Linking Solutions (GLS) as a Network Technician. Following that he got into their Security Operation Center (SOC) and worked as a security analyst.

In December 2019 he got a job with American Tire Distributors (ATD). He’s currently working in IT doing computer forensics, and as an Analyst in the SOC. Andrew moved out of his parents’ home and got a roommate, which he loved. He finds mundane things like shopping and laundry entertaining when boredom arises. Andrew enjoys hanging out with friends at breweries and various outdoor activities. He’s also attending the University of North Carolina obtaining his bachelor’s degree in Data Science. 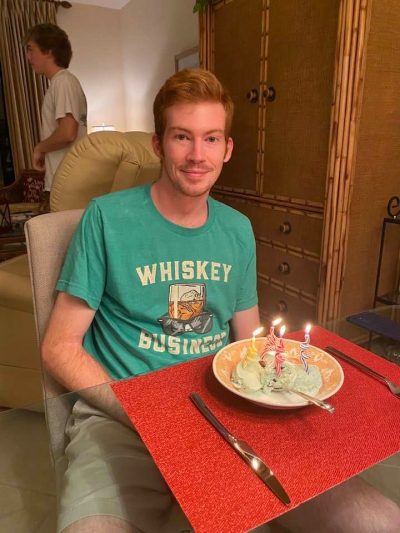 Having 47, XXY doesn’t bother Andrew. He’s very open about his diagnosis, and stresses he doesn’t feel it has held him back in any way. Asked why he’s so open, Andrew shrugged. “I want to help people. I want them to see it is just something that happens and they shouldn’t hide behind their diagnosis.” He added, “I want new mothers to know that this doesn’t dictate what their son can do/achieve, or where they can go.”

Andrew knows there isn’t as much accurate information available as there needs to be. He wants to add his voice to help as much as he can. He’s attended conferences and participated in the Living With XXY podcast.  Andrew was formerly active on Reddit, focusing on helping educate newly diagnosed people with his experiences. Living with Klinefelter syndrome has not defined the man he is, or the one he will become.