The Voice of Ali Garruto 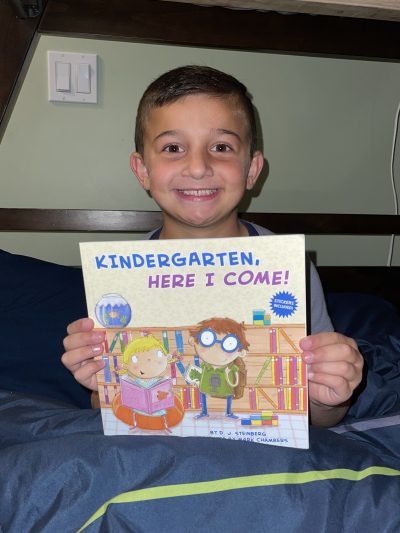 When Ali and her husband decided to get pregnant with her son, Matteo, it was easy. He was the third of three children. Though there was a five-year gap and she was a bit older, they had no problems conceiving. Though the pregnancy was not a difficult one, she was on the brink of turning thirty-five, so her doctor suggested Non-invasive Prenatal Testing (NIPT). They were excited to have the test done since it meant they would find out the baby’s sex earlier than the usual twenty-week scan. They did not expect a prenatal diagnosis Klinefelter baby.

Ali remembered exactly where she was when she got the call with the results of the exam. “I was in the CVS parking lot,” she said, “I looked at the number and knew exactly who it was, and I could just tell by the tone of her voice that she wasn’t calling to say whether it was a boy or girl.” When the doctor asked “if this was a good time to talk”, Ali’s heart began to ache, and she recalled, “I just knew this wasn’t going to be good.” The doctor told her it was a boy, then launched into explaining he had Klinefelter syndrome (KS).

Meeting with the genetic counselor:

All Ali heard was the word “chromosomes” and an unusual number. She “went deaf” and immediately began to imagine the worst. They offered her a meeting with a genetic counselor that same day, and she immediately accepted the appointment. She was devastated. She called her husband and struggled to get the news out. He was upset and frightened. They agreed to go to the appointment together so they could get answers.

At the time she remembered thinking, “this has to be the absolute worst day of my life. They’re telling me that there’s something wrong with my baby.” The unexpected prenatal diagnosis Klinefelter baby threw her world off its axis.

Meeting with the geneticist: 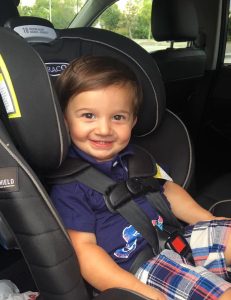 They had not even heard of 47, XXY, but their experience with the genetic counselor gave them some important information. The couple found out there were a number of men who lived their whole lives not having any idea they had KS until they were exploring their infertility issues. The doctor also reassured her that her baby would look like his siblings.

The worst-case scenario they imagined started to recede. They had already decided no matter what news they got, termination was off the table, but the appointment went a long way toward easing their minds. The counselor urged them to see an endocrinologist. They did, but the experience left them confused. The doctor acted as if the prenatal diagnosis Klinefelter baby

was “no big deal” for their son and said he would “see them when he was eight”. Ali was confused. She had initially been told this was serious, but now they were treating it so offhandedly.

She became frustrated, so she took to Google. At first, all she found were horror stories from men who were struggling with their Klinefelter syndrome diagnosis. She found a group on Facebook, and the experience was not good. Ali was on the verge of quitting the group. Instead, she was seeking other venues when a woman reached out to her with an invitation to join a different group, specifically for families of kids with KS and parents of a prenatal diagnosis Klinefelter baby.

She did, and saw babies who were hitting milestones. Ali learned of treatments and doctors who were performing therapies on newborns to ensure they had a successful start. The couple began to relax and tell the people they were closest to about their prenatal diagnosis Klinefelter baby. They were with their family on New Year’s Eve, scrolling the Facebook page, commenting on the beautiful babies and Ali says she knew at that moment that, “they were going to be okay.” 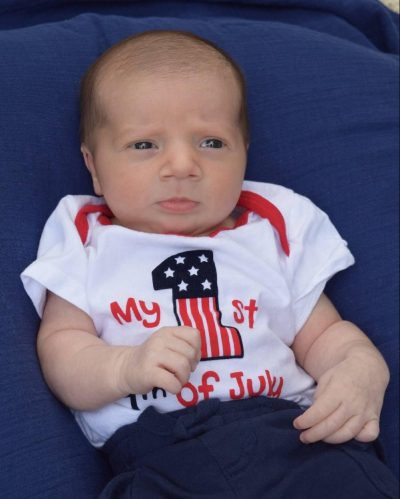 The couple decided to have an amniocentesis to confirm the diagnosis. They waited nervously for the 26-week mark when the test could be performed. Ali found herself vacillating between depression and happiness on a day-to-day basis. “I have to say, I didn’t enjoy this pregnancy, just because I was scared,” she said, her voice tinged with sadness. The test itself was also frightening. Amniocentesis comes with a risk of miscarriage, something she had experienced in the past, and her regular doctor would not be performing the procedure which added to her heightened anxiety.

They waited for “what felt like forever” to get the results, holding out a “glimmer of hope” that they were wrong. The results came back confirming their son had 47, XXY, and was a prenatal diagnosis Klinefelter baby. The pair immediately accepted the diagnosis and began preparing for their new baby.

Ali started researching doctors. They decided they wanted someone who was going to be proactive and stage early intervention, rather than waiting for an issue to arise. Through one of the other mothers in the Facebook group, she found a doctor with a clinic in Delaware. They took their first trip to the clinic when Matteo was six weeks old and have been in close contact with a doctor there ever since. She credits the mothers in the Facebook group and eventually Matteo’s doctor as her support group. They helped her get through the fears associated with an in utero diagnosis.

What she would tell moms:

“When I was going through it, I didn’t know anyone who had experienced anything like this and it would have been nice to have someone reach out and say, ‘it’s going to be okay’.”

She urged them to stay away from the “outdated information on Google” and look for other resources, like groups and organizations, that will “give you a better idea of what life with XXY is like.” She encouraged new moms to find a network of supportive people, including healthcare providers as soon as possible. Though she acknowledged none of this is easy, she wouldn’t change things; the end result is more than worth it.

What she would tell healthcare workers: 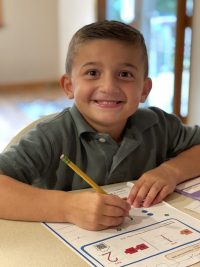 The lack of knowledge was frustrating to Ali and her husband. “Nobody could reassure me of anything.” Even reaching out to her childhood pediatrician gave her no positive answers, and instead soured their relationship.

When Matteo was born Ali’s pediatrician didn’t have rights at the hospital she gave birth at, so an associate had to examine Matteo. After the delivery, the doctor came in and told Ali, “He doesn’t look like he has Klinefelter syndrome.” He didn’t have a long torso, so to her, he looked “normal”. The doctor’s cavalier attitude was disheartening to the family. “I couldn’t believe another doctor was saying something so foolish.” Ali wished more medical professionals would employ empathy and knowledge when dealing with these situations. 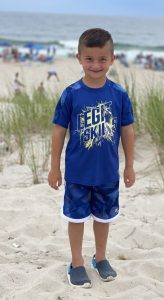 Matteo was a good baby. Of her three children,  Ali said he was her “happiest child”. He crawled then walked at normal ages and was a typical toddler.

Now, he does have some developmental delays, but as Ali said, “they are delays that could happen to any child.” He has speech therapy at school and is rapidly improving. She felt Matteo being a prenatal diagnosis Klinefelter baby provided an advantage when it comes to early intervention. By the time he was two months old, he was seeing therapists to ensure he was hitting milestones in every aspect. “I do believe that made all the difference. That knowledge is definitely power.”

As time progressed, they have started sharing their journey with Klinefelter syndrome with more people. Ali said she starts the conversation about Matteo’s diagnosis with “Do not Google 47 ,XXY, or Klinefelter syndrome because it will scare you. What I want you to do when you hear that term, is think of Matteo because that’s what it is.”

These days, Matteo loves trucks, and causing trouble with his older brother and sister. At five, he just started soccer, and though was a little slow to get into it, he now declares it “his favorite”. He loves to go to the beach with his family, and has friends in and out of school.