The Voice of Ben Henrickson

Ben Henrickson is 22 and resides in Chapel Hill, North Carolina. 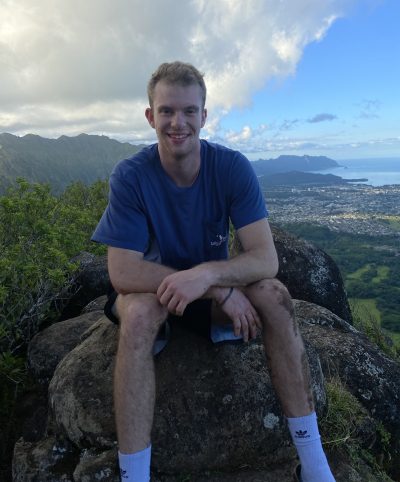 Ben was in fifth grade when he noticed signs of gynecomastia, or enlarged breast tissue. He told his father, who dismissed Ben’s concerns saying “It’s just puberty.” Ben kept it hidden until eighth grade, when he finally confided in his mother.

His chest had become “really painful to the touch,” as though “there was a constant bruise there.” He felt embarrassed, but once he opened up to his mother, she got him help right away. His mother took him to Duke University Hospital for blood work. Ben’s mother had a client who was one of the top endocrinologists at Duke, and although retired, he took Ben as a patient.

At first, the doctors suspected Ben had breast cancer. However, after further bloodwork, a diagnosis was made. Ben had 47, XXY, or Klinefelter syndrome. His doctor ordered a fertility test to find out if Ben could have biological children.

Ben recalled the experience of having to give a semen sample at 14, saying it was “kind of awkward.” After completing his sample, it was “discovered like the majority of XXY males that he was infertile.”At the time, Ben didn’t “really think anything of it,” when receiving the diagnosis, and was “just like ok, whatever.” When they told Ben he was infertile, he didn’t feel sad about that, as he’d “always wanted to adopt kids.”

However, it was hard to share the diagnosis with others. Ben recalled that “no one else understood” what Klinefelter syndrome was. Ben’s mother did a lot of research, and became knowledgeable about the diagnosis. His father didn’t know much about 47, XXY until recently, after Ben started sharing videos Ryan had made. “It was kind of more hidden; only my mom really knew about it, because she’s researched.” 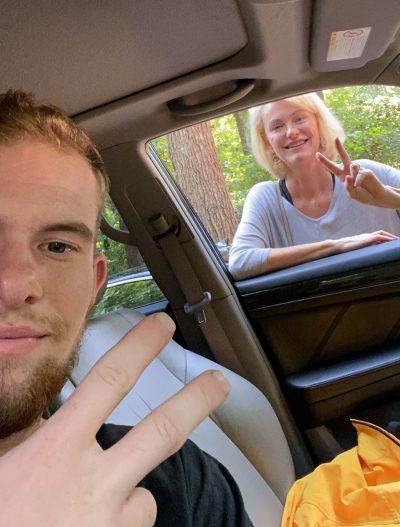 After the diagnosis, Ben started using AndroGel, which applied topically to the shoulders. AndroGel wasn’t “doing a lot” for him, and he was “super angry on it.” He wasn’t very good about using it though, and would “just forget.” After he experienced a moment of rage while using the gel, he knew it was time to find something new. He looked up different forms of testosterone, and found implants.

Ben switched to the testosterone pellets, which has “helped out a lot.” He goes in every four months to have the pellets replaced. For Ben, there are no highs, and lows while using the pellets. The pellets “dissolve slowly,” which keeps his levels steady. The pellets are inserted in a small slit in the skin under his buttock.

A small metal tube, called a plunger, is placed under the skin and the pellets are then inserted into place. While the pellets can’t really be felt, the “healing time is a little rough”. He compared it to recovering after an intense leg day at the gym, with about a week of soreness. While the incision heals, Ben has to avoid things that can aggravate it such as swimming, running, and lifting. He’s currently using 1200mg of testosterone. Since going with pellets, Ben’s “mood has been a lot better”. He also noticed an increase in facial hair growth. 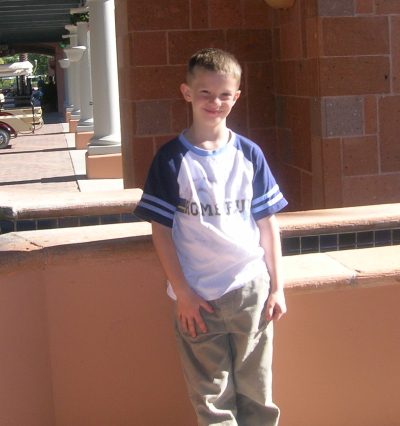 While in school during his youth, Ben had an individualized education plan, or IEP. This allowed him extra time to complete tests, and have questions read out loud. The IEP was maintained from first grade, until he graduated high school. Reading comprehension was where he struggled most, and he had difficulty retaining the information he read. He had difficulty with tests, as recalling what he had learned proved difficult.

Ben had friends growing up, but his “friend groups changed a lot.” While he didn’t have a lot of friends from school who he hung out with outside of class, he did have a close neighborhood friend for most of his childhood.

In middle school, Ben’s anger showed more frequently. He had difficulties with public speaking, and avoided presenting. He had a few friends, but felt awkward in large groups. His friendships continued to stay primarily at school. During this time, Ben was also going back and forth between his parents’ homes, as his parents divorced when he was in fifth grade. He grew up with an older brother and sister, both of whom he remains close to. 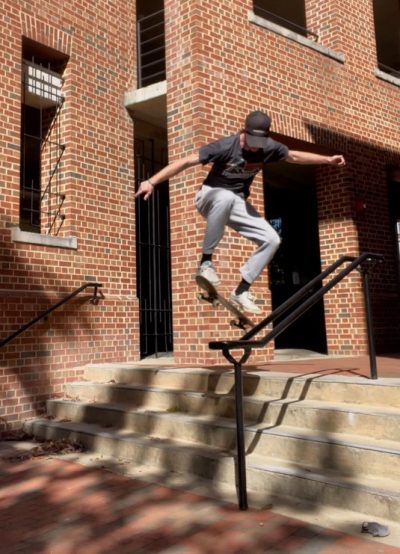 Over the course of his high school career, Ben attended three schools. He didn’t fit in at the first two schools, and stayed at his last school for his final two years. After finding his place, Ben made friends, and his grades improved. However, despite the improvements, things still felt like a struggle for Ben, and he “didn’t really know why.” He thought it was primarily because of his IEP.

Ben tried his hand at baseball, but found it wasn’t for him, but did discover a passion for skateboarding. He dated a couple of girls for a few months here and there. Although his last relationship from high school extended past graduation, he ended it a few months ago, as they weren’t a good match.

After Ben confided his diagnosis in a couple of close friends who “put him down on Facebook”, he kept it close to the vest. Once he found a good group of guys, he ended up telling them. They were supportive, and never talked about it outside of their friend group. He also told women he dated, and it “never bothered him.” Ben graduated in 2018 with his high school diploma. 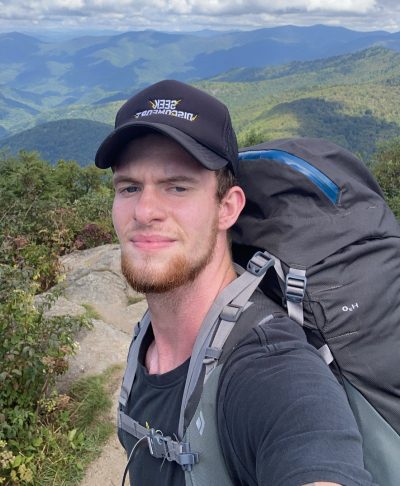 Ben stopped living with his dad in the middle of senior year, and visited on the weekends. After graduation, he continued to live with his mother while he figured out his next steps. In August 2020, Ben left for basic training for the Army. He found he couldn’t keep up with the coursework, which left him frustrated. He was discharged from the Army, and his struggles continued to follow him. When he returned from the Army, he worked as an Amazon delivery driver.

After spending time focusing on his mental health, Ben feels as though he’s in a better place. He experienced a severe mental health crisis in summer 2021, and sought help from an inpatient treatment center. He was able to get his medication adjusted, which has helped him feel stable. In the last few months, he’s felt much more in control of his anger. Before, he would get worked up, and not know how to express his feelings.

During this time, Ben’s mother began experiencing diminished memory after a car accident. Even though Ben noticed something was off, he finally couldn’t ignore the issues. She began struggling financially, and has been unable to work. It was overwhelming at first, but fortunately, Ben’s brother has been assisting to help her to get back on track.

These days, Ben is enjoying a newfound hobby of backpacking. “It’s healing for your soul…you just have yourself or whoever you’re with to enjoy the space.” He also enjoys driving around the UNC campus blasting music, and enjoying the funny reactions from others. He also details cars. He likes to go thrift shopping, which “is a lot of fun.”  Ben recently landed a job at Toyota as a service technician, and is excited to continue his career with the company. 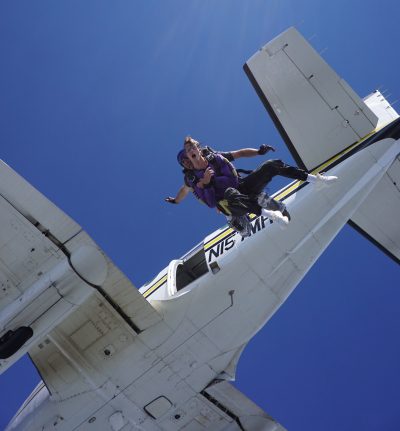 Ben’s stepmother found the Living With XXY Instagram account and shared it with him. While going through the posts, Ben thought “that’s really cool; I’ve never heard of anyone else with Klinefelter syndrome.” He reached out to Ryan, who connected him with some other guys with KS. They’ve shared some of their struggles, and it was cool to connect with others who have shared his experiences. Ben feels passionate about learning everything he can about

Klinefelter syndrome, and connecting with others who also have it. He said, “even though I have it, I don’t know everything about it.” When asked to reflect on growing up with KS, Ben said “balling it up made more stress” on him. Ben feels that maybe sharing one’s story or struggles can make them feel less alone. He suggested not bottling up your feelings, and trying to find someone to talk to. 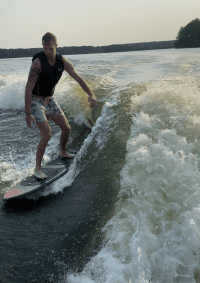 Until recently, Ben often put himself down for having KS, feeling it was the “worst possible thing” that could’ve happened to him. Ben credited the Living With XXY page as to why he accepted it. Before, he “just couldn’t grasp why he had XXY”. After reading some of the stories on the website, he became “very passionate”. Spreading awareness about KS is important to him, so he can help the community. He said, “It can’t be changed, so I might as well accept the fact that I have it.”