The Voice of Richard Martinez

The Voice of Richard Martinez

“All that negative stuff about Klinefelter went out the door. It didn’t matter how we got there, I was going to be a father!”

Richard Martinez wanted a family. From the time his first niece was born, he hoped for a little girl of his own. After building a successful business, and marrying the girl of his dreams, this healthy young man was ready to take the next step and start having children. What he couldn’t possibly imagine is the journey starting that family would take him on, or how a diagnosis of Klinefelter syndrome would make him realize how much he truly had. 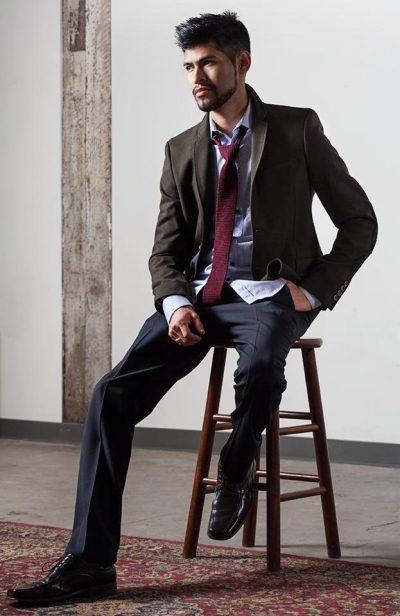 Richard, now 37, realizes he was fairly lucky to have the childhood he did. He grew up in Southern California, the youngest of four brothers that included a set of twins. The boys were infamous in the neighborhood for their high-spirited personalities and the propensity for causing a bit of trouble here and there. Richard grinned as he recounted, “the four little devils were always chasing babysitters away”. His father owned a machine shop, and spent a lot of time working.

Though they had a good relationship, his father was a more formal parent than his mother. His father was the provider, while his mother was the nurturer. When they were young the four brothers were known around the neighborhood as “The Martinez Boys”. They were extremely tight, and did everything together.

As they grew they began to adopt a certain formalness as well. Richard recounted, “By the time we got to middle school or so, we kind of went our own ways. We had different interests and didn’t really share friends.” They were still close enough however, that Richard never had an issue with bullies. His four rough and tumble brothers helped him avoid those situations. Richard was the quietest of the group. Looking back, he realized he had some trouble making connections, and was a shy kid.  He always had one or two close friends and a house full of brothers though, so he was never lonely.

Schooling was fairly normal. Though he took special classes for speech therapy, which he now realized may have been related to Klinefelter syndrome, and hated math, he did fine in most of his other classes. Around the middle school years, he started to have some behavioral problems. He described himself as “angry, with a chip on his shoulder, lashing out, and fighting”.  He was eventually kicked out of the district for an incident with a lighter that he laughs about today. “It was funny,” he chuckled. “I had been in trouble a lot, but this particular time, it wasn’t my fault.”

Since one of his older brothers had gotten in some trouble as well, his parents enrolled him in a military school in Kansas. Though the environment was regimented, Richard excelled. His brother was a junior when he was a freshman, so he wasn’t completely alone. Soon enough he had friends, and was doing well in school. Though the shy teen would not have chosen to leave his family, he credited military school as playing a large part in his personal success over the years. 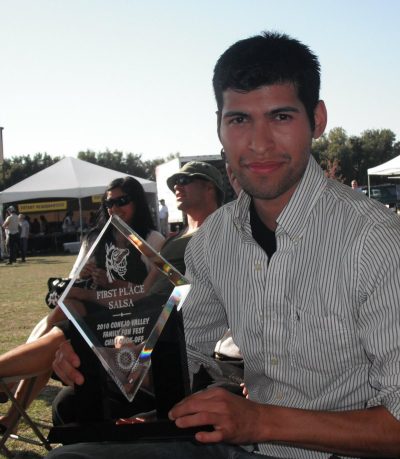 There wasn’t much dating in high school for Richard, as the all-boys school didn’t give him many options other than the occasional formal. He made up for it after graduation. Gregarious and handsome, the youngest Martinez brother had no trouble landing a date, though none of them seemed to be “the one” and the relationships fizzled quickly.

Meanwhile, he had moved back home and enrolled in Mount San Antonio Community College in Walnut, California, and started taking classes in Behavioral Sciences. Readjusting from cadet life came with some challenges. The “yes sir” mentality of military school was too formal for the professors around him, and adapting took some time.

His years in military school taught him some valuable lessons. Richard learned how to budget, organize, and be efficient where his friends were just beginning to learn the basics of being an adult. While they were making bad decisions like buying fancy cars and going into debt, he was focused on his future. He bought a used Mazda from his uncle and worked while attending classes. After getting some of his basics out of the way, he realized Behavioral Sciences wasn’t the career path he wanted, despite earning his undergraduate degree in the field.

In his mid 20s, Richard moved out of his parent’s house. He still drove an older car, and had enrolled in Cal Poly Pomona with a focus on Food Science and Technology. He worked multiple jobs and carefully budgeted his money, avoiding debt. His apartment was comfortable. Though he wasn’t used to the solitude of living alone after military school and growing up in a big family, he enjoyed his first taste of freedom.

He kept attending Poly, focusing on chemistry and science classes, before transferring to Pepperdine University as a business major. He finished his degree at Pepperdine, and went on to earn an MBA from the prestigious university. After graduating, he immediately found a job. He enjoyed his work, and before long noticed a pretty new coworker who joined the team.

Unfortunately, he wasn’t the only one who had caught a glimpse of Giovanna, and she was constantly turning down would-be suitors. He decided he was going to show everyone, “how it was done” and asked her out.

During this time, Richard was volunteering for a program feeding the homeless on skidrow. He invited some of the other people from the office to join him. Giovanna heard about this and approached Richard. She became interested in the program and wanted to join them. The two became friends, and the next time he asked her out she said yes.

Their first date went well, except for the bout of food poisoning they suffered after, and the two became inseparable. They dated for two years, eventually marrying in a civil ceremony. 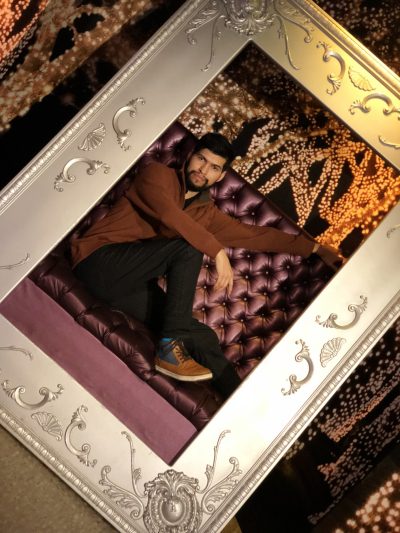 The couple started trying for children soon into the marriage. Richard was in his mid 30s, and he wanted the daughter he always envisioned. After a year and a half with no success, Giovanna went to have her fertility checked with no problems. In December of 2019, Richard made an appointment with a fertility specialist.

Though he didn’t think anything was wrong, the couple wanted to be sure. They were eager to have a family, and making sure they were both healthy was key. Richard was stunned when the doctor told him his sample was azoospermia. This meant there was an absence of sperm in his semen, so the doctor wanted to run more tests. He did and the diagnosis came back; Richard had Klinefelter syndrome, or 47, XXY.

Though Richard didn’t seem to be the average Klinefelter patient, he noticed a few symptoms, including a hand tremor he attributed to stress. The doctor explained exactly what this meant in regards to having a family and Richard began to grasp the truth; he would never have children of his own. He was heartbroken and knew Giovanna would be too.

They took a few days to absorb the diagnosis before telling anyone. Richard told his brothers first. He was nervous about how they would react. The topic was a sensitive one, and the boys had grown more formal with one another over the years. One of his brother’s wives had experienced fertility issues, so he approached him first, thinking he would understand the struggle the best. Slowly the couple told more family members. Upon hearing, two of his brothers immediately offered to be sperm donors to keep the bloodline as close to Richard’s as possible. The couple looked into their options, considering micro-tese. The whole family was supportive, making the process a little easier than he had expected.

They had the first in vitro transfer.  Richard was excited, but still sad he would never be able to father children directly. The transfer didn’t take. They mourned and determined to try again. The next try they implanted two female eggs and waited. Giovanna started experiencing pregnancy symptoms soon after, and Richard felt like this one was going to work. The doctor confirmed the news, and the couple was beyond excited. When he saw the first ultrasound with his two daughters it hit him, “all that negative stuff about Klinefelter went out the door. It didn’t matter how we got there, I was going to be a father!” 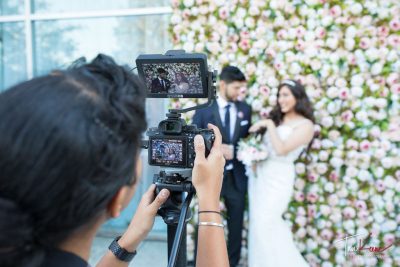 These days, the Martinez family is extremely happy. Richard runs his own successful business and Giovanna gave birth to two beautiful, healthy daughters despite slight pregnancy complications. They’re excited to be first-time parents to twin girls, and are busily getting their first home ready for the girls.

Though Richard now knows he is living with XXY, his diagnosis has taken a backseat to the exciting new changes coming his way. He has, however, found time to learn more about Klinefelter syndrome. “There isn’t a lot of information out there, so I was glad to find livingwithxxy.org. It gave me more of the info I needed.” He’s accepted his diagnosis almost completely. He credited the military school with giving him the discipline and thought process to adapt to and overcome his situation. Richard has decided he will not use testosterone replacement therapy, since it’s never been an issue before.