The Voice of Charles Plaisance

Charles Plaisance is a 35-year-old man living with Klinefelter Syndrome, or 47XXY. He resides in East Bethel, MN, with his family. Charles learned about his diagnosis when he and his wife Angela started trying to have a family. After a successful micro TESE withdrawal, they had three biological children. As a devout Catholic, Charles believes in the importance of all life. He wanted to share his story to help others understand the value of living with XXY.

Childhood: “He was friendly with everyone” 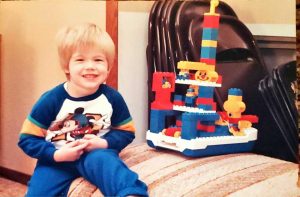 Charles is the eldest of five boys, and was born in Coon Rapids, MN. He grew up in a loving, supportive household in Blaine, MN. Charles described his father as a “great and wonderful” man, who spent ample time with his sons.

Growing up, Charles’ brothers were “very athletic,” and participated in soccer, wrestling, and hockey. When they were younger, there wasn’t much physical difference between them, but Charles wasn’t very athletic. He was “always benched,” so instead of going out for the baseball team, he decided to be the manager to be with his friends. While he felt being on the sidelines had a “little bit to do with the coaches,” he also was a smaller child, which might have contributed. 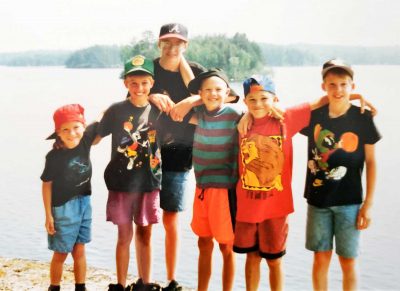 In fifth grade, Charles was a “tiny kid”, weighing only 56 lbs. However, he found success on the football field as the starting center, and played every game. The team won frequently, and came in second at the end of the season. However, when it came time to enroll for the next year, Charles’ father feared for his safety due to his small stature, and didn’t allow it. Charles felt disappointed at not being allowed to play, because he knew he was good at football and enjoyed it. Charles had lots of friends and was friendly with everyone. Charles described himself as “a shy kid”, but his friends knew and accepted that about him. 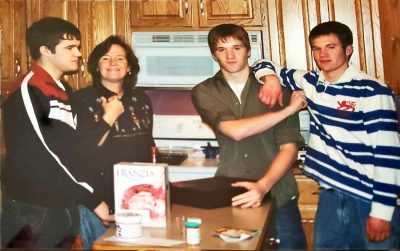 In high school, Charles was misdiagnosed with Attention Deficit Disorder, or ADD (which is now known as ADHD) and given Adderall. His grades rose from Cs and Ds, to As and Bs. Even though his parents had high expectations for academic standards, Charles’ passing grades were acceptable. To get through school, Charles listened to audiobooks, or took extensive notes in class. He liked physics, history, general business, and geometry. Through the tutelage of his social studies teacher, Charles became a good writer. His mother was the storyteller in the family, and from her Charles developed his descriptive writing skills. As an adult, Charles doesn’t really “comprehend what [he] read[s].” His mind wanders, and he needs to frequently read pages over.

Throughout high school, Charles had lots of friends, and “always had a girlfriend.” At home, Charles’ parents kept their sons busy. His mother worked as an accountant, and taught them how to manage a checkbook. Whenever his dad had projects to do, the boys helped him. Through these projects, the boys learned valuable life skills, and to do their part for the family.

Charles found fulfillment in working. He’s the type who likes “getting stuff done,” and feels a sense of accomplishment in completing a task. Charles got his first job at the age of 15, and has been working ever since. His first position was as an assistant in a screenprinting shop. He enjoyed earning a paycheck, as well as the responsibility that came with holding down a job. Charles worked at the screen printing job throughout high school, picking up extra shifts on school vacations. With time, he earned the trust of his employer, and was able to bring friends to help out with extra work.

After high school: “everything changed” 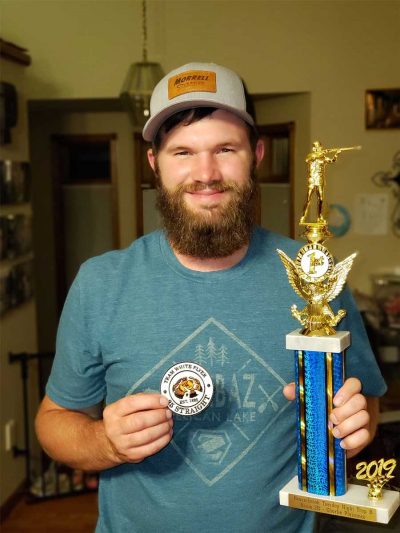 After graduating high school, Charles worked at the screenprinting shop until an opportunity to do landscaping came along. Though Charles did well on the SAT, college wasn’t super important to him. His father had gone to trade school, which felt like a good next step. Charles went to tech school to be an auto mechanic. He worked in the field for a couple of years after graduation until his family purchased a lawn care company. They bought the equipment and name, and spent the next fifteen years building the business up. Charles now runs the business, handling the customer service, billing, and day-to-day operations. The business has four employees, and a small fleet of trucks. After his family purchased the business, Charles returned to tech school to study horticulture and landscape design. While he liked landscaping and horticulture, he gravitated towards the lawn care portion.

Following graduation, Charles lived at home until his dad suggested he start doing chores, or find his own place. Charles moved into an apartment, and adopted a cat, which he still has. Charles enjoyed living on his own, and spent a lot of time with friends, hanging out and doing “dumb stuff and smart stuff.” During this time, Charles considered enlisting in the Marine Corps. In order to meet the enlistment criteria, Charles weaned off all medications, which included Allegra for allergies, Adderall for ADD, and a low-dose antidepressant. However, after he met Angela, “everything changed,” and he was no longer interested in joining the military.

One Sunday, Charles was hanging out with his friends, acting as the group’s designated driver. They bounced around to a few different bars, ending up at one called Major’s. It was Prohibition Day, and drinks were super cheap. The bar was mostly empty; apart from Charles and his two friends, there were only five other people there. Angela, the woman who would become his wife, was there with a friend. She and Charles got talking, and exchanged numbers. A few weeks later, they officially became a couple.

After dating for six months, Charles knew Angela was the one, and asked his mother for help buying an engagement ring. Charles proposed, and they married in August, 2011.

After their wedding, Charles and Angela started trying for a family, but it “just wasn’t working.” Following some investigation by Angela, she was tested, and her results came back normal. When Charles participated infertility testing, they learned only three viable sperm were found in his sample. The sperm didn’t have tails, rendering them immobile and unable to swim to an egg. A second test yielded the same results.

After receiving these confusing test results, Charles received genetic testing, and “found out exactly what it was.” After the diagnosis, Charles said “looking back on [his] life, certain things started to make a little more sense,” that he’d chalked up to “just the way that [he] was.”

Charles’ memory of receiving the diagnosis isn’t clear for him, and he thinks he may have blocked it out. Angela continued her research and discovered what their options were. The options they explored were micro testicular sperm extraction (TESE) to see if viable sperm could be extracted, using donor sperm, or pursuing adoption. They pursued adoption first, not caring where a baby would come from. However, when they learned more about adoption, they realized it wasn’t for them. They looked into donor sperm and the micro TESE procedure, then decided to go ahead with the procedure. 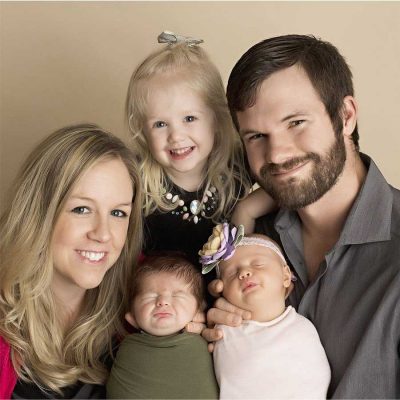 The surgery was expensive, with the bulk of the costs going towards the initial retrieval. Charles joked their first child cost them $40,000. While insurance helped defray some of the costs, each try afterward cost about $5,000. When their last try took, they conceived a pair of twins, so they “got two for $5,000.”

While he doesn’t remember the surgery, the recovery was “an ordeal.” After waking up in post-op, Charles was discharged without another dose of pain management until he could get his prescription from the pharmacy. The pain was so excruciating, he recalls being on the ground, crying in the fetal position.

They decided whatever they got out of that surgery would be what helped create their future family. For example, had they gotten ten viable eggs, they would try ten times, and wouldn’t donate any of the eggs. Ultimately, they were blessed with three kids, and the surgery isn’t something Charles wants to repeat.

Despite the pain of the surgery, Charles doesn’t want other men to feel discouraged. However, he said once the pain was under control, “it was nothing.” He healed swiftly, and has no lingering pain. He joked one of the benefits of Klinefelter Syndrome he appreciates is “there’s an extremely low risk of unplanned pregnancy.”

Living With XXY: “every life has purpose.” 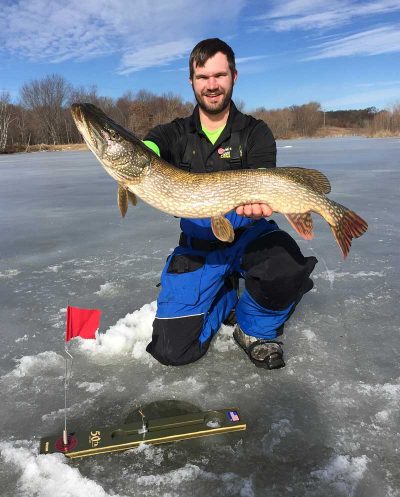 Today, Charles enjoys life with his family, which includes seven-year-old Lilianna, and four-year-old twins Lauren and Lucas. Lucas lives with Rubinstein Taybi Syndrome, which means he has a deletion on his 16th chromosome. The syndrome is considered rare, with only 1 in every 100,000-125,000 males and females having it, according to a study in the Netherlands.

Charles makes spending time with his children a priority. He loves when his kids run to hug him when he gets home, saying “It makes everything worth it.” About being a parent, Charles said, “You don’t have to be rich or have all the coolest stuff, because your kid thinks you’re cool no matter what, especially if you spend time with them.” Charles has continued his mother’s legacy of storytelling by making up songs and telling stories with his family.

As a result of spending his youth at his family’s cabin in northern Minnesota where he hunted and fished, Charles joined a trapshooting league. He was naturally good at it, and regularly scores 23 or 24 out of 25 points. He found trapshooting to be an athletic endeavor he’s good at and enjoys.

While Charles tried testosterone to address low libido issues, it made him “really ragey,” and felt it wasn’t worth the side effects, so he stopped. As a child, he had lots of cavities, even though he cared for his teeth. As an adult, he has several crowns and “weak teeth,” which he thinks might be attributed to Klinefelter Syndrome. When he was younger, he had asthma, and is allergic to Christmas trees.

Charles believes every life has a purpose, and “God put you here for a reason.” He feels everyone can be something or someone, despite their differences. He said, “You’re meant to touch someone in some way to change something in the world. You never know what your life is meant to be, but you’ve got to live it every day and don’t regret anything. Even if you’re meant to be here for a short while, you’re going to touch someone. Even if you can’t have kids traditionally or alternatively, you’re still helping someone somewhere.” He encouraged people who receive a prenatal diagnosis of XXY and are considering 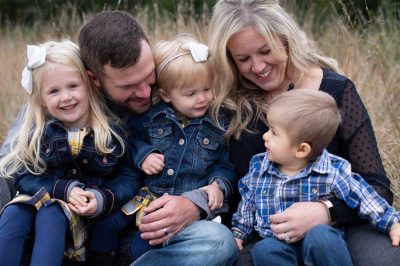 terminating their pregnancy to reconsider, reminding them they can still have a loving relationship with their future son.

While Charles isn’t private about his diagnosis, it doesn’t come up often. After initially receiving the diagnosis, they told Charles’ parents, who took the news a bit harder than he expected. Charles went through a time where he “broke down crying.” It wasn’t so much about the diagnosis itself, but rather for the “loss of experience,” of being a father.

Charles is “proud to be a part” of the Living With XXY community, and wants to continue to raise awareness about Klinefelter’s Syndrome. He hopes his experience can make a difference for others with XXY. 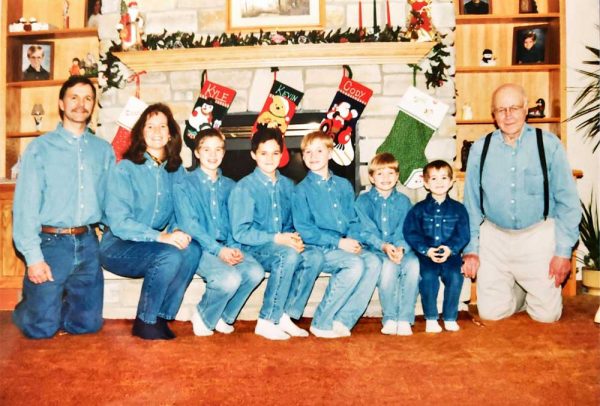 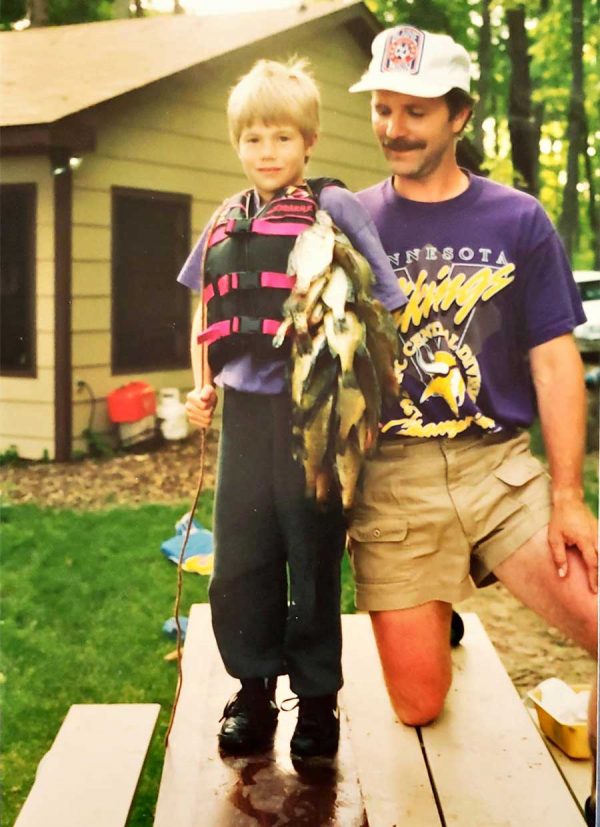 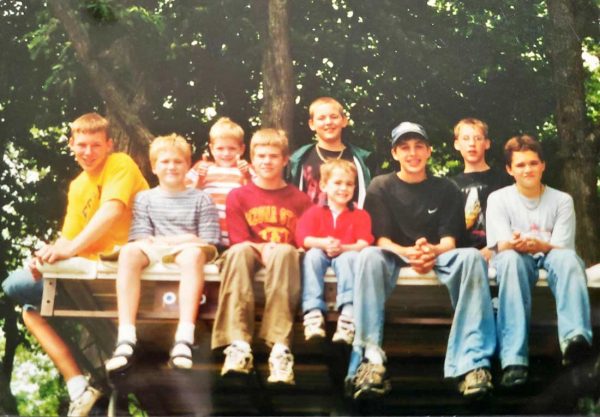