The Voice of Matthew Roseworne

The Voice of Matthew Roseworne

Matthew Roseworne was diagnosed at 16 years old with Klinefelter syndrome (KS), or 47, XXY. Matthew shared what it was like to grow up with the syndrome, and what life’s like living with XXY. 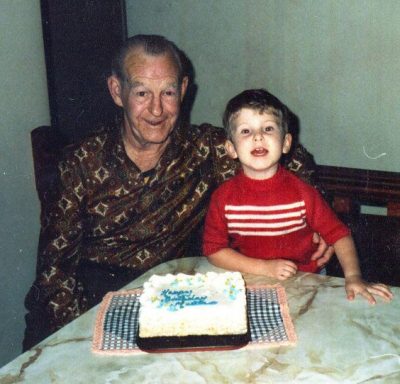 Matthew was born in Southport, Queensland, on the Gold Coast. He was the youngest, with a large gap of eleven and twelve years between himself and two older brothers. His older brothers Mark and Daniel were his friends and protectors as Matthew grew. In infancy, Matthew’s parents noticed something wasn’t quite right with some areas of his development. Matthew didn’t crawl until he was two or three years old, instead preferring to slide around on his bottom. He was three or four years old before he took his first steps. Matthew talked early, but experienced hearing issues throughout his childhood. When he was five, his parents separated, and Matthew bounced between his parents’ homes. Under his father’s care, a family friend molested Matthew. He was seven years old. His father threw the man out but never informed law enforcement. 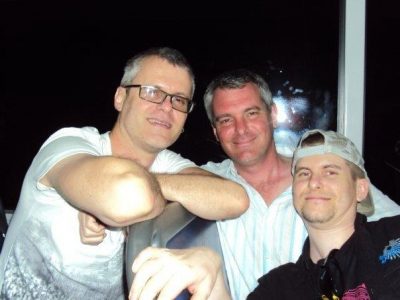 As a child, Matthew was frequently ill. He spent time in and out of the hospital. Doctors were stumped as to what was wrong with him. Various diagnoses were posed, from asthma to bronchitis, and his tonsils were removed.  He was “always sore,” and recalled that growing pains were agonizing. Matthew was subjected to a battery of tests and treatments, from aptitude tests to physiotherapy, but a diagnosis remained elusive.

When Matthew was thirteen, his mother passed away unexpectedly when she was struck by a car. Matthew was the first to arrive on the scene and broke the awful news to his brothers. When his father remarried, there was difficulty blending the two families, and Matthew’s father kicked him out. Matthew went to live with his brothers, and they took on raising him. 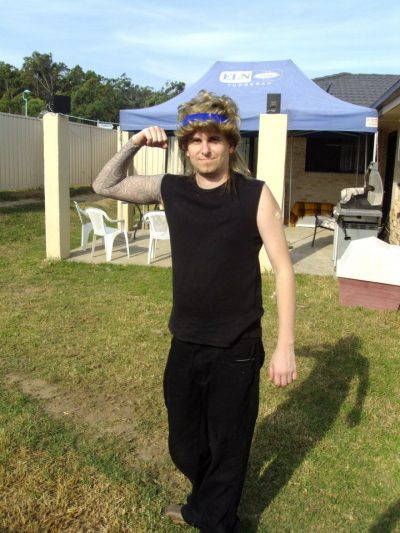 The diagnosis that always seemed just out of reach was identified when Matthew was 16 years old. Feeling like Matthew was having a hard time, his brothers pushed for further testing. After realizing Matthew shared similar characteristics to a patient of his with Klinefelter syndrome, his doctor ordered a karyotype test. The doctor’s suspicions were confirmed after receiving the results of the test. Matthew received a diagnosis of Klinefelter syndrome, osteopenia/osteoporosis, and mild depression.

After receiving the diagnosis, Matthew felt relieved. He finally had an answer to the many questions he’d been asking himself for years. Mark cried at the news, and Daniel felt validated that they now knew what was wrong. Matthew asked the doctor for a list of symptoms of Klinefelter syndrome, which he provided. He had a semen test to find out if he had any viable sperm and found there were none. His diagnosis gave him disability status in Australia, which helped make medications and healthcare more affordable. 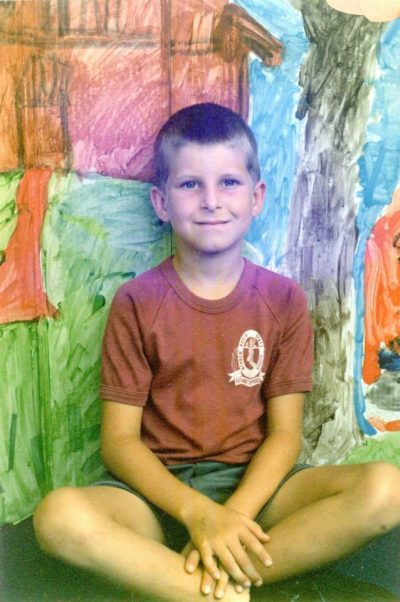 In school, Matthew discovered he learned better by doing and applied himself to subjects that interested him. He didn’t excel as much at math but did well with English, geography, and history. Matthew learned from watching, rather than learning theory. For example, Matthew can’t read music, learns by watching and listening to someone else play.

Following years of bullying, Matthew left school in year 11. His brothers helped him find a job, but the physical pain Matthew experienced from manual labor 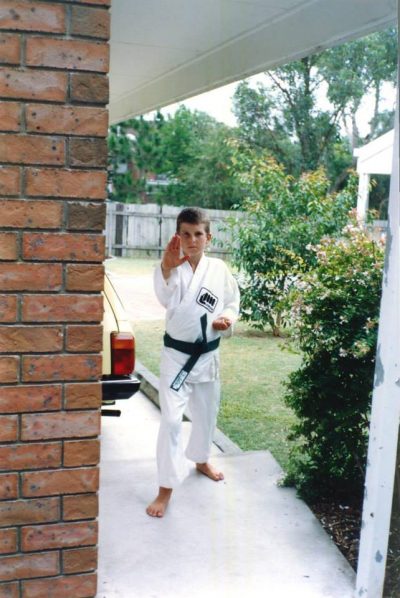 made it difficult for him to hold onto a position. Over the years, he tried car detailing, worked as a door-to-door salesman, in telemarketing, and as a butcher. After trying several positions, he realized those types of jobs weren’t for him. In his twenties, he partied and dated, including a long-term international relationship with a woman who lived in the United States.

Despite having struggled with friendships during high school, that changed for Matthew in his twenties. He became the popular one in his friend group. It was a pleasant surprise for him but took getting used to. As time went on and they got to know each other, deeper friendships blossomed. During this time, a close friend of Matthew’s passed away from bladder cancer, caused by alcohol abuse. Shaken by this loss, Matthew realized he needed help to manage his alcohol use, and went to rehab for two weeks. While he drinks occasionally, it’s not a lifestyle he wishes to return to.

Matthew continued to live with his brothers, who he described as his “core parents,” as they stepped in to fill the void left by their parents. They fed Matthew, put a roof over his head, and taught him life skills. Both his brothers are successful in their careers, with Mark working as a private consultant for city planning, and Daniel as a car salesman. Even though he lives on his own now, Matthew remains close to Mark. As he doesn’t drive, Mark gets Matthew to where he needs to be. Over the years, Matthew has been able to flip houses, earning a profit before selling and moving on. He owns his current home, where he’s been living for a little over a year.

While he initially started taking testosterone in his teens, Matthew is not currently on any testosterone replacement therapy. He hated taking it as a teen, feeling as though it changed his personality. He struggled to manage his anger, and his brothers noticed. After trying various forms of testosterone and experiencing negative side effects, he stopped about five years ago. While his current testosterone levels are on the low side, he’s comfortable with where he is today. At age 25 – 26, Matthew went on disability. He had chronic muscle, bone, and joint pain. There hasn’t been a diagnosis for the cause of the pain yet. It was a struggle for many years for the government to recognize his disability. His current disability payments help with day-to-day expenses. 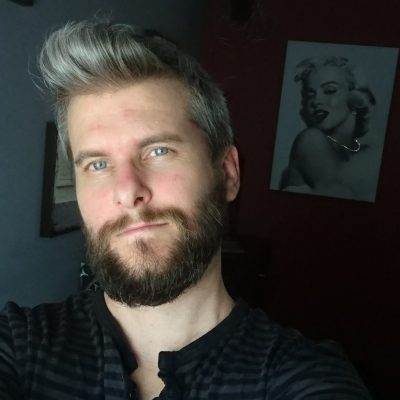 Matthew keeps busy with a variety of activities and hobbies. He works as a musician, playing guitar and singing. He’s also a “massive gamer,” has a racing rig, and runs an online racing league. He’s also currently working on renovating his home, with a goal of finishing it by the time he’s 40, so he can sell it and move on. Matthew has an active YouTube channel called Matt Roseworne, where he shares videos of himself playing music, playing video games, as well as raises awareness about Klinefelter syndrome.

By sharing his story, as well as posting videos on his YouTube channel, Matthew hopes to help others understand more about Klinefelter syndrome. He continues to educate healthcare providers, as he says most in Australia aren’t familiar with KS. So far, Matthew has never met another man with KS in real life, which he said is hard, as he would like more community. He shared his story because it’s a “one in a million,” and he hopes to find others like him.