A ready-made family: ’ story of adoption. 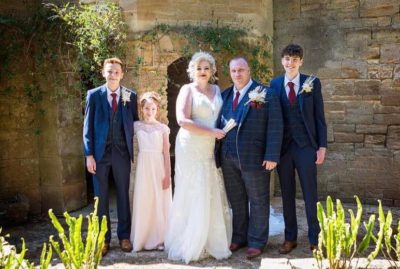 In 2015, George was told he would be unable to have children. He never imagined his journey would include 47XXY adoption. The news sent his first marriage into a spiral. For years, his first wife wanted children. It was all she ever talked about. After a year of unsuccessfully trying for a baby, they began searching for answers through medical tests.

Though George hadn’t been certain at the time he ever wanted to be a father, the definitive news that he had Klinefelter syndrome, and would be unable to produce any offspring changed the trajectory of their relationship. Ultimately, being unable to have children caused a rift so large in their marriage that George and his first wife divorced. When he eventually began dating again, he met someone (or rather someone’s) who absolutely changed his mind about being a father. George’s story is about hope, finding a second chance at love, and building a family.

As a kid, George had some symptoms of Klinefelter syndrome, though no one made the connection 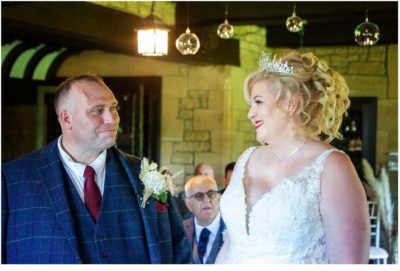 between his symptoms and a diagnosis. He didn’t have any body hair, he was quick to gain weight (particularly around the midsection), and was remarkably sensitive compared to other boys he knew. When he and his first wife had been unable to have children, and the resulting semen analysis led to a diagnosis of Klinefelter syndrome, his world was tossed upside down. Though unsure of whether or not he wanted to be a father, the definitive news hit him very hard. He didn’t yet consider the possibility of 47XXY adoption. He struggled to cope with the new diagnosis and the medical treatments that followed. Ultimately, he and his wife sought a divorce.

For the next three years, George battled depression associated with his diagnosis and what he perceived as his loss of manhood. However, when he met mother-of-three Rachael in 2018, all that was flipped on its head. He realized he was blaming the diagnosis, and letting it dictate his life. In reality, it was just a mental block. While he had Klinefelter syndrome, it did not define who he was. 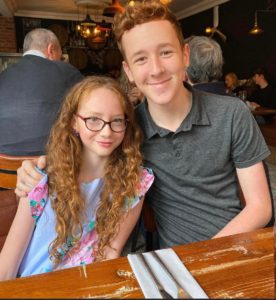 While chatting with Rachael on Tinder in 2018, George asked, “Do you want any more kids?” Rachael’s heart sank as she thought to herself, “No, I really don’t, because my kids are getting older and I am finally getting my life back”. So she took a breath and bravely responded to George, “No. I am really sorry, but I don’t want any more kids”. He replied, “Oh thank goodness, because I can’t have any!” Though their life journey up until this time had been so different, something was pushing the two towards each other. Rachael remarked that though she was alone with kids, and George was alone without kids, she had always prayed for the right partner. George was meant to be their dad through 47XXY adoption. 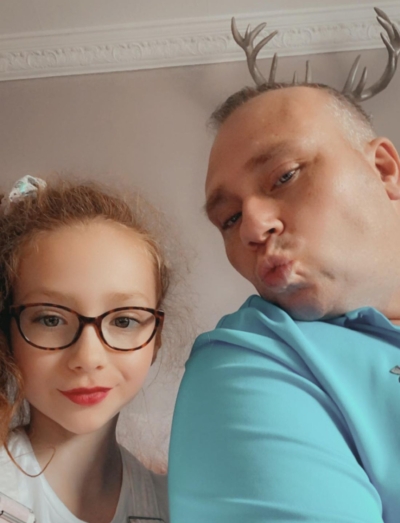 As they began dating, George had still been on the fence about having children. How could he step into this family’s world and just be “Dad” when they already had a dad? In the early days of their relationship, when Rachael first let George meet her kids, it was hard for George. Rachael described how George was very much a big kid himself, and was thrown into parenthood. When you come home with a newborn, you have to figure out how to take on all that responsibility. When you are thrown into a ready-made family, you have to figure out how to be a parent to older children, set boundaries and put rules in place, and that is really challenging.

As George’s relationship with Rachael and the kids grew stronger, he realized he was even more of a father to the children than their biological father. Rachael’s ex-husband had left when the boys were just babies, as they had only 18 months between them. He didn’t contribute emotionally, physically, or financially to their upbringing, but Rachael kept her little family afloat. Five years later, she was blessed with a daughter, Ella. While the relationship between Rachel and Ella’s dad didn’t work out, he was able to turn things around and have a relationship with his daughter. He also has since gotten a wonderful partner, who is a fabulous step-mum to Ella. However, before George came along, Rachael had been a single mum for 13 years.

He first approached the relationship as being a friend to them, or “just someone to be there for them”. One day, after George had to discipline the two boys, they thanked him for not leaving even though they had done something wrong. He was floored; he hadn’t realized just how much of an influence he could really have on their lives. 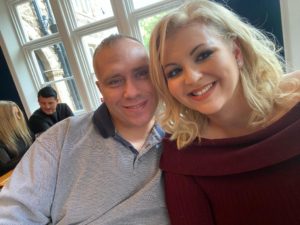 Before Rachael and George decided to get married, they spoke with the kids about how they wanted their relationship to look. All three kids wanted to start calling him dad. George was humbled. As someone who never thought he’d be able to be a dad, to have someone ask to call him that was an emotional moment. When he started crying, one of the boys told the other kids that he knew George wouldn’t go for it. George told them he was just so overwhelmed, and that if they wanted that, he would be happy. As a family, they decided George should become their legal father, through an adoption process.

Once it was decided they would go through the 47XXY adoption process, what ensued was a long-winded legal process that included interviewing his ex-wife, the biological father, reviewing his bank statements, and a background check. The children have all gone through the process of legally changing their surnames to match George’s, but the legal adoption process (as of the writing of this story) has not been finalized. According to George and Rachael, in the UK when a child is adopted it requires old birth certificates to be destroyed, and new adoption certificates to be created, even for older and adult children. Regardless of the paperwork, this family of five is thrilled to be whole at last.

Living with XXY as a family: 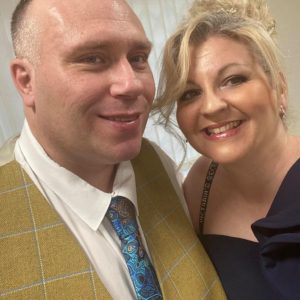 Rachael’s three kids (two boys and a girl) adore George now. However, there were a lot of moments he felt he missed out on, like those early baby years. When George gets sad he missed out on making memories, she reminds him one day he’ll be a grandfather. He’ll get the fun of babies, but can hand them back to their parents at the end of the day. In the four years, this family has been together, there have been many life lessons learned. The Tomkins family proves there is always room for one more.