The Voice Of Russell Martin

By Chelsea Castonguay with Russell Martin

Growing up in Poughkeepsie, NY as the second oldest of five siblings, Russell always knew he was different. He wasn’t into the same things as other boys his age, such as biking, fishing, or hunting. His parents were present and supportive, with his mother staying home until the kids were older. Russell spent a lot of time hanging out with his sisters, playing with toys, or drawing. 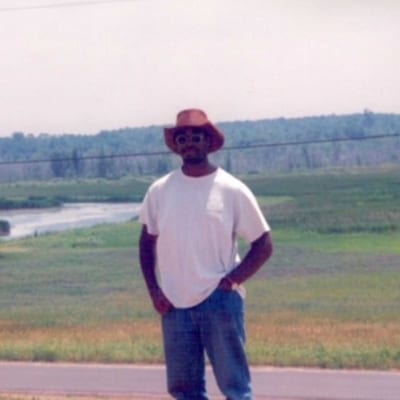 When Russell was 13, he decided to go out for the track team, as he had an interest in throwing events. Track allowed him to participate in a sport, but focus on the individual rather than traditional team sporting events. At the sports physical, the doctor referred Russell to his pediatrician after noticing his testicles were small. The pediatrician confirmed Russell’s testicles weren’t the size they should be for his age, and puberty seemed a tad delayed. Russell was referred to an endocrinologist.

The endocrinologist agreed the size of Russell’s testicles wasn’t right for his age, but Russell felt embarrassed by the visits, and only went to two.  However, the doctor wrote a letter saying Russell was approved to participate in track, which ended any further consultations with the endocrinologist. The year was 1988, and Russell would not think about it again for over 30 years.

School was a bit of a struggle for Russell scholastically and socially. He experienced difficulties in math, and science, but figured out how to get through it. As a visual learner, physics and geometry came a bit easier. He excelled in English, reading, writing, art class, and consumer arts, earning higher grades in those courses.

As time went on, it occurred to Russell he shared more interests with girls than boys his own age. He recalled being in high school, hanging out with a group of female friends when he realized he often was the only male in the group. Sometimes other guys mentioned it, wondering if Russell had any interest in the girls he was hanging out with. He felt too shy to ever ask anyone out, but enjoyed attending his senior prom with a mixed group of friends.

Even though he often felt like “an oddball,” Russell had a small group of guy friends in school who stopped any attempts of others to bully him. Even when there was some mild teasing his friends stepped in immediately, stopping any further accosting. Although Russell had a lot of “natural friends,” he still had a lingering feeling something wasn’t quite right.

While in high school, Russell found himself drawn to nature, and realized that’s where his career interests were. After participating in a teen camp held at one of the historic mansions on the Hudson River, Russell asked the park rangers if he could continue working with them. He worked under the table until he was old enough for a work permit. However, his natural maturity and willingness to work made him an excellent employee, and as he grew older he was given more responsibilities on the estate.

Those hours in the woods led Russell to realize while he had interests in graphic design and architecture, he wanted a career where he could “make a difference in the community and society.” He knew his life’s “work [was] going to be helping out the environment,” and so decided to pursue a career there. The years working for the state park helped Russell become more self-confident. He became comfortable in his own skin, and started accepting who he was. 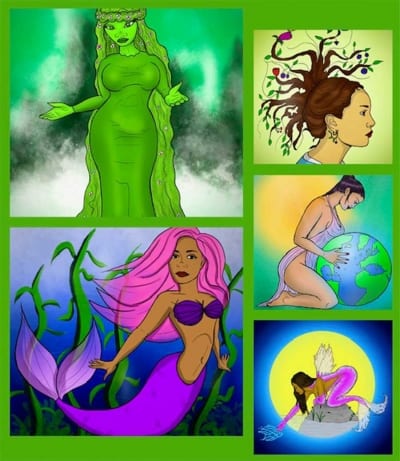 Russell applied to a couple of colleges, and was accepted to SUNY College of Environmental Science and Forestry in Syracuse, NY. He visited the campus and purchased several patches at the student union, which he proudly wore on his jacket.

The day after his high school graduation, Russell’s bags were packed and his parents had deposited him in Syracuse to begin a summer work study program. That summer Russell learned how to shop for groceries, cook, pay rent, and take care of himself. While he later joked his parents didn’t stop the car before tossing him out,  he knew they had no concerns about him going off to college because of his maturity.

College started in the fall, and Russell moved onto campus, which took some getting used to. Russell got involved on campus, participating in student government, clubs, and worked as a Resident Advisor. It took a year or two before Russell felt comfortable on campus, but he eventually found his niche. He developed a new friend group, and developed a romantic interest in some of his female friends. He continued to work in various jobs on campus, and it was through one of those positions that Russell met Lisa, the woman who would later become his wife.

The first couple of years were hard for Russell as he adjusted to the academic rigor of university coursework. However, once he got through more difficult subjects like chemistry and statistics to upper level classes, things began clicking. Russell graduated in 1996 with a Bachelor of Science in Environmental and Forest Biology. 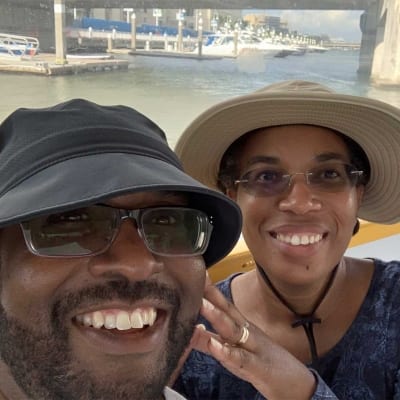 Following graduation, Russell and Lisa headed to Florida. They started a life together in a small one bedroom apartment working part-time, and eventually landed full time jobs. By June of 1999, they were married. They wanted children, and a son was born in 2000, followed by another son in 2002. Russell embraced his new role of being a father, taking care of his sons, bringing them to sports, and participating in after school activities. At these activities, he found himself connecting with the mothers, as opposed to the fathers.

While Russell hadn’t given much thought to his close brush with a formal diagnosis when he was 13, in 2019 the same feeling that something wasn’t quite right returned. He still enjoyed spending time with female colleagues, but didn’t connect with men as he did to women. He took to the internet and began searching for what could possibly be going on. As he searched, Klinefelter Syndrome continued to pop up, and he related to many of the symptoms. However, he hadn’t experienced any issues when it came to having a family, so wasn’t fully sure if he had it. After a conversation with his doctor about some of the symptoms he’d been experiencing, such as shyness, small testicles, social difficulty, body fat distribution around his waist, and gynecomastia, his doctor ordered blood work and a karyotype test, then referred him to a geneticist, and a genetic counselor.

Russell’s testosterone levels came back “borderline low,” and his FSH (follicle-stimulating hormone)  and LH (luteinizing hormone) levels were elevated, which indicated another typical symptom of Klinefelter Syndrome, decreased testosterone level and elevated gonadotropin levels. When he arrived at the geneticist’s office, the doctor asked to see the palms of Russell’s hands. Very astutely, the doctor recognized that on one of his hands, Russell had two lines in his palm where there are normally three, also referred to as a simian crease. The doctor went on to explain it’s 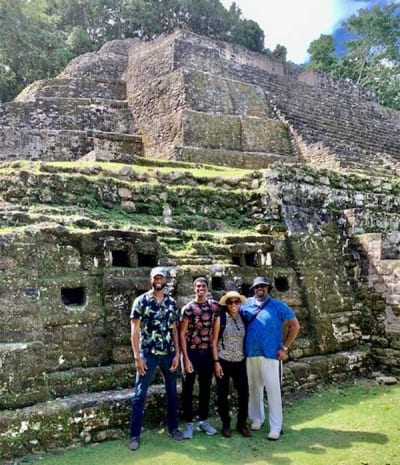 sometimes seen in individuals with chromosomal variances such as Klinefelter Syndrome. Even with these indications, both the doctor and Russell thought the possibility of a diagnosis of Klinefelter Syndrome was low. However, when the karyotype test came back, Russell learned he had mosaic Klinefelter Syndrome. During discussions with his doctor and through his own research Russell found with non-mosaic XXY, during cell division of either the mother’s egg cell or the father’s sperm cell, the extra X chromosome occurs by a process called nondisjunction when the cells split. In mosaic XXY, generally, early on in the developing fertilized embryo one line of cells becomes  46XY, and the others are 47XXY. In Russel’s case, the majority of his cells are 46XY, with less being 47XXY. As a result, Russell has milder symptoms of Klinefelter Syndrome, which may have included the ability to father biological children without medical intervention.

It took about six months for Russell to receive the formal diagnosis, which allowed time to process what he already suspected. Lisa  was very supportive, and told him “we’ll go through it together; we’re going to support each other.” During his research, Russell came across Ryan’s videos about living with XXY on YouTube. While the diagnosis was “kind of a relief,” it was also confusing, as Russell was left wondering how it could’ve been missed in his teen years. 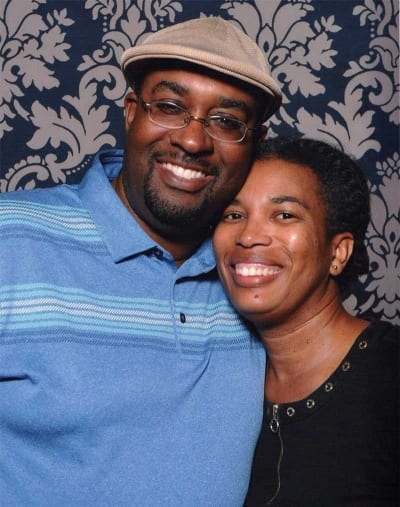 Today, Russell continues to do well as he lives with mosaic 47XXY. He opted to not use testosterone replacement therapy, as he’s currently doing well and takes medications for other health conditions. His doctor will monitor his testosterone levels, so this can be adjusted later on if needed. He has shared his diagnosis with his sons and parents, who have been supportive. He’s only told a couple of people at work, but said it’s “not something [he] was going to hide.

Russell works in a government agency, where their mission is to take care of Florida’s natural water features. He’s been at his job for about 25 years and is currently in the role of environmental supervisor. He’s also taken some graduate level classes, and become a certified professional wetland scientist and an advanced Florida Master Naturalist. He’s also continuing to become a certified wetland evaluator with the state.

When he’s not working, Russell takes every opportunity he can to get outside and enjoy nature. He still enjoys drawing and shares his work on Instagram. He’s big into comics, superheroes, Disney, and all things animation. He also loves mermaids, to which he feels a connection with being two things in one, and has two mermaid tattoos. Russell and Lisa love to travel, and recently took a bucket list trip to the Dry Tortugas National Park in the Florida Keys. They have future plans to visit Hawaii, Iceland, as well as Santorini, and the Almafi coast in the Mediterranean.

After doing a copious amount of personal research about mosaic Klinefelter Syndrome, Russell is ready to share what he’s learned with the 47XXY community. He hopes to be able to reach people who aren’t diagnosed yet, but maybe feeling like he did growing up, and wondering if something’s not quite right. He’d also like to help show parents who have sons diagnosed with XXY they don’t need to be based on fear, but more on optimism. Russell wants people to know “there’s a lot of possibilities out there, for people with XXY and it’s not all doom and gloom.” At the end of the day “hopefully someone out there will read or see my story and be inspired to help themselves or others.” 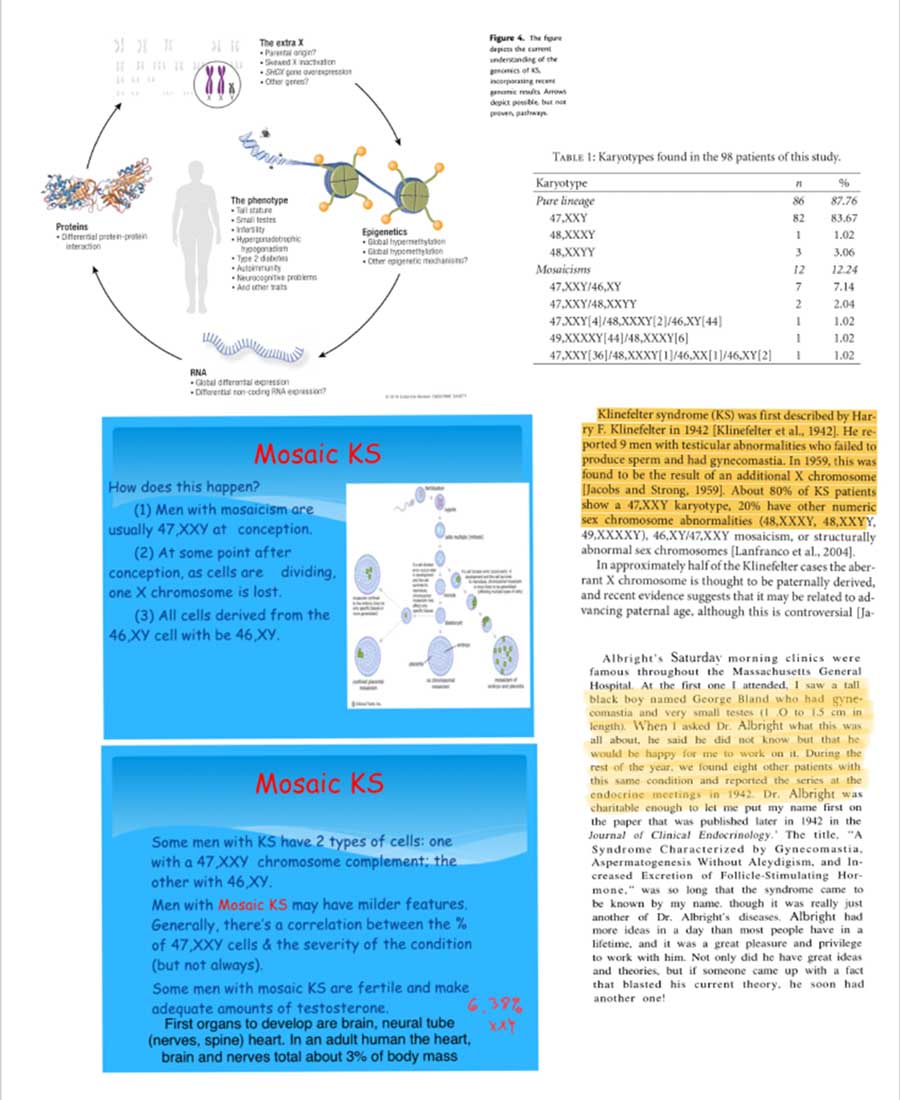