The Voice of Gerald Mynard

Gerald Mynard is a vibrant, fast-talking, social media savvy man living with Klinefelter Syndrome. He resides in St. George, Utah with his wife and mother, where he works as a youth leader, and creates content for his widely-followed TikTok accounts. Gerald shared his story about learning about his diagnosis in adulthood, and what it’s like to live with 47XXY. 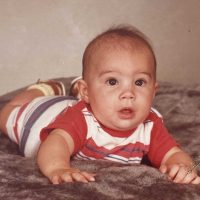 Gerald grew up in Santee, California, the youngest of two boys. He was an independent child, and content playing on his own. Gerald was frequently picked on, but despite his smaller stature, he didn’t back down from a fight. He often lashed out in anger, played pranks, and made fun of others as a response to the bullying he endured.

He attended a small, private school in San Diego, where having to sit still in class “was one of the most difficult things [he’d] ever done.” Most academic subjects were a struggle. These issues were compounded by undiagnosed ADHD, as well as lower levels of testosterone. After he failed 7th grade, his mother pulled him out of school and he completed his education at home. 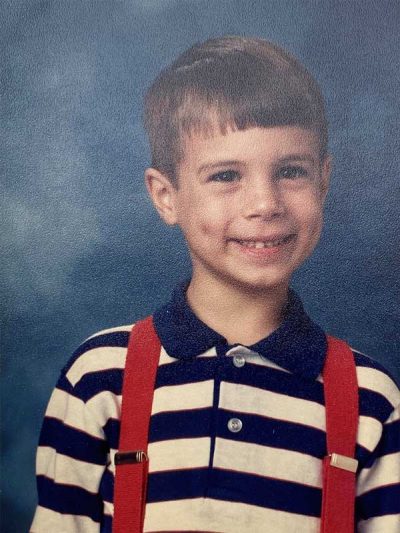 Growing up, Gerald had an aptitude for fixing things, whether it was a defunct dirt bike or a lawnmower that needed tinkering. He spent hours working on a project, figuring out how to make it work again. Gerald didn’t date during middle or high school, as he “thought girls were weird.” In his teens, he developed gynecomastia, which is an enlargement of breast tissue in men. After being made fun of by some girls at a pool party, Gerald refused to take his shirt off in public again. His father took him to the doctor, who took a “wait and see approach.” However, Gerald felt he was “weird”, and didn’t want to be put in that situation again.

Gerald has a strong work ethic, which he picked up in his youth. As a teenager, he got his first job performing custodial duties, but this soon evolved when a coworker began showing Gerald the various tools in the business’s workshop. Where school wasn’t a good fit, Gerald was interested in what he was learning in the shop.

At 18, Gerald joined the ironworkers’ union. This job was a turning point for him, as he started making real money, and had the opportunity to work with his hands. Gerald found personal and financial success in the union, where he journeyed out at the age of 25. He tied rebar in California, working on skyscrapers, which he described as “one of the hardest jobs you can do.” Gerald worked hard, and was frequently told by the other ironworkers, “man, you have heart.” 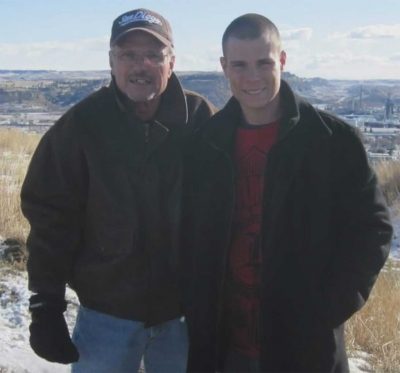 As time went by, Gerald was drawn into the lifestyle of some of his fellow ironworkers. Many had rough pasts, and Gerald was intoxicated by the mixture of hard work, good money, and ever-present danger. While working with other men who he described as “hardcore,” Gerald began using drugs. He used marijuana to combat the heat of working on highrise buildings, and cocaine to go faster at work.

While he had a lot of short-lived romantic relationships during this time. He was trying to attract women that fit a certain crowd, which he tried to fold himself into. Relationships only lasted a few months, because he was “just all over the place.” Gerald eventually found himself in a long-term relationship that lasted through two drug overdoses. After his second overdose in June 2007, Gerald and his future wife got clean from drugs. Soon after, they got married, but Gerald missed the high drugs offered him. Instead, he turned to alcohol, which didn’t create the stable homelife his wife was looking for. The day she told him she wanted a divorce, Gerald packed his belongings and started the drive to Billings, Montana. 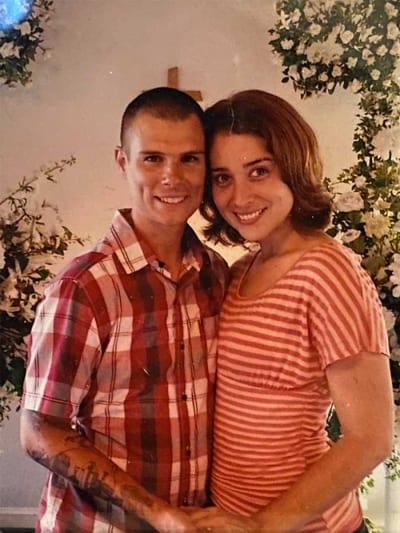 After moving to Billings, Montana to live with a close friend and his family, Gerald took the time to process his divorce. While he felt lonely, he also wasn’t finding success in the dating scene in Montana. He took a job laying asphalt, which led to frequent traveling. Gerald continued to struggle with anger issues, and would lash out at those who hurt him. After an outburst, Gerald felt disappointed in himself, and fearful he had burnt bridges with those he cared about.

After a couple years in Montana, Gerald took a job with UPS. In 2013, he quit his job with UPS to pursue a relationship in California. While that relationship didn’t work out, it did lead Gerald to consider the direction of his life. A couple of months later, through a chance encounter at a local church, Gerald met his current wife. After a brief interaction, Gerald remembered thinking “Wow, now that is a woman.” After a whirlwind romance, Gerald told his father, “I know this is so fast and sudden, but I think I’m in love with this girl and I don’t want to date.” He proposed, and they got married soon after. Gerald and his wife will celebrate their eighth anniversary in July 2021.

A few weeks after their wedding, they packed up and moved back to Montana, where Gerald resumed his employment with UPS. Even though they were well-matched, it took him a few years to settle into the safety and security their marriage offered. Her refusal to quit on him was something Gerald had never experienced before. Today, they have an “amazing, strong relationship.” 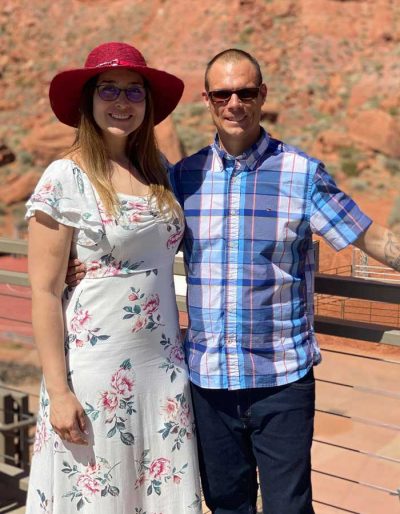 After settling into life in Montana, Gerald received the diagnosis of Klinefelter Syndrome, or 47XXY. While working at UPS, his health began declining in frightening ways. His knees and back were hurting, and he experienced night sweats. After waiting for one year to qualify for healthcare, Gerald had bloodwork done. Within three hours, he received a phone call from the doctor’s office to come in with his wife. His wife was working, so Gerald went to the appointment

alone, and was told he has Klinefelter Syndrome. His testosterone levels were extremely low, so his doctor immediately put him on testosterone replacement therapy. The doctor was amazed Gerald had been working so hard for so long, and expressed concern Gerald was “on the verge of heart disease.” He recalled that getting on testosterone for the first time “really got [him] going.” While trying to find a dosage that worked for him, Gerald began experiencing highs and lows that left him feeling anxious.

He was unsure how to handle the newfound energy testosterone provided. After feeling increasing anger and frustration at work, Gerald quit his job at UPS. He got a new job with Cosco, which he loved. While he enjoyed the work, and the healthcare benefits allowed him to stay on testosterone, his health continued to spiral. He struggled with mood swings, which eventually were explained by a diagnosis of schizo-effective disorder bipolar type. His doctor connected him with an endocrinologist, who upped him from two pumps of North Star and Teva 1.62% gel to four, which helped him level out. Unfortunately, he hasn’t been able to find a doctor who will agree to injections, as they’ve expressed concerns about the highs and lows that could result from that with Gerald’s bipolar disorder. His levels are currently in the 200s, which he’s comfortable with. 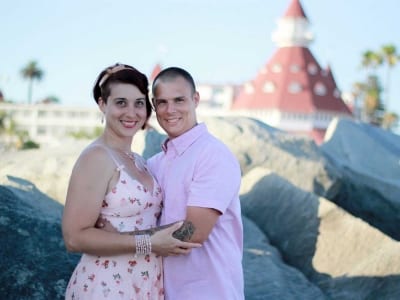 After a few years in Billings, Gerald and his wife were ready for a change. While Gerald had been successfully running a popular UPS-themed YouTube channel for some time, he was ready for new challenges. After selling their belongings, the couple hit the road. They consulted a map, and decided their destination would be St. George, Utah. Unfortunately, the position with Cosco wasn’t transferable to his new town in Utah and there were some lingering health issues Gerald was combating. He was overweight, with high blood sugar levels, high cholesterol, and was vitamin D deficient. Additionally, his T levels were quite low at 135.

Once settled in their new home, Gerald quit sugar and caffeine. After getting onto Medicaid during the height of the COVID-19 pandemic, he was able to get back onto testosterone. Gerald developed a strong relationship with a church, and now works as a youth leader. He continues to find success on social media with viral TikTok accounts, and works with several entrepreneurs on content development. When he’s not working, Gerald enjoys tinkering with cars, going on hikes with his wife, and their dogs. They enjoy fishing, and flipping garage sale finds. 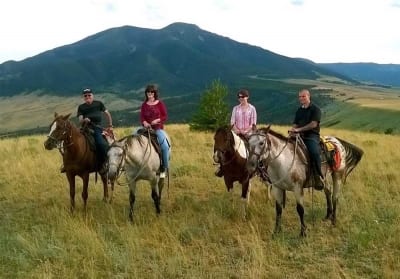 When asked about whether or not he was open about his diagnosis, Gerald said he absolutely was. After receiving the diagnosis, he told everyone in his life, and immediately made a YouTube video. He continues to be very open, and believes knowing about Klinefelter Syndrome early is important. He also recommends getting blood work done as soon as possible to monitor for any Klinefelter related symptoms.

While there were moments Gerald felt down about his primary diagnosis of Klinefelter Syndrome, and his secondary diagnosis of schizo-affective disorder, hecame to the realization that “those are just phrases; that’s not [who he] is.” He went on to say, “I’m capable of doing whatever it is I can do; because we are strong, gifted people.” Gerald never felt angry about his diagnosis, and said all the people he’s met with Klinefelter Syndrome are “amazing people.” While he’s saddened there are kids or families who might experience the negativity, he applauds Ryan and the foundation for showing how amazing the Klinefelter Syndrome community is.