Julian is going to be the best baby! 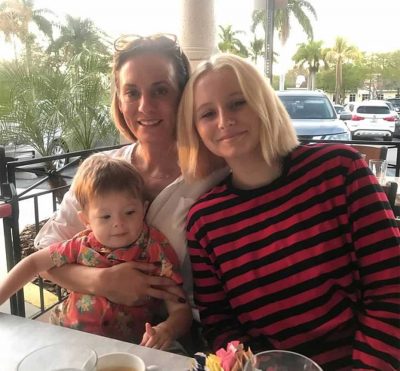 Sarah Winner is a mother whose son was diagnosed with Klinefelter Syndrome while she was pregnant. A yoga instructor, Sarah lives with her husband, 12-year-old daughter Rylan, and Julian, who is 22-months-old at the time of this writing, in Naples, Florida. To help raise awareness about 47 XXY and prenatal diagnosis, she agreed to share her family’s story with us.

Diagnosis: “…there was a chance her unborn son had Klinefelter Syndrome.”

At 38, Sarah’s pregnancy with her son Julian was what most medical providers would consider in the higher risk category. As a result, her provider suggested genetic testing, which is relatively routine for most women. However, the results were quite unexpected. While driving on her way to teach a yoga class, Sarah’s ob-gyn called to inform her there was a chance her unborn son had Klinefelter Syndrome.

Unfortunately, Sarah’s ob-gyn was not well versed in Klinefelter Syndrome, and after a quick search on Google, shared a list of outdated information focused on the negative aspects of the condition. The phone call ended without further direction on how Sarah and her family should proceed, and she found herself overwhelmed by this abrupt delivery of news. Realizing she was having a panic attack, Sarah quickly pulled over to the side of the road. She immediately called her mother, who works as a special education teacher, and is fluent in American Sign Language (ASL).

After sharing what she’d been told, Sarah’s mother was very supportive, and remained confident the family could handle whatever challenges Julian may face. Sarah’s aunt, who works in the medical field, was quick to remind Sarah Klinefelter Syndrome is a spectrum disorder. Therefore, each person experiences it in different ways, and will be impacted to various degrees. Her aunt corrected the doctor’s blunt delivery of the possible diagnosis, and comforted Sarah by letting her know Julian may not have the challenges the doctor predicted.

After collecting herself, Sarah called her husband, who was abroad in Germany. He received the news with understandable confusion and worry. As a German national, his understanding of chromosomal variances and the treatment of genetic disorders varied from what Sarah and her family knew. In his experience, there was much less early treatment and intervention while he was growing up than there is today. Sarah took to the internet, where she found Ryan and Living With XXY. Connecting with Ryan, Sarah said “he saved us. If I didn’t have him, I would have crumbled.” Sarah and her husband decided to go forward with an amniocentiesis to confirm the diagnosis, as opposed to waiting until their son was born to confirm bloodwork. 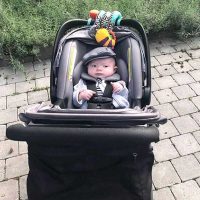 Sarah received the formal diagnosis of Klinefelter Syndrome for her son while she was five months pregnant and traveling abroad in Istanbul. Her doctor called with the results, but by then Sarah said she had made peace with it. She knew she would love her son no matter what challenges lay ahead for him and their family. However, the diagnosis of Klinefelter Syndrome also came with an additional diagnosis of Fragile X Syndrome. Sadly, the doctor once again shared incorrect information, leaving Sarah to perform her own search for more accurate information regarding the syndrome. Her research led her to discover that she also has Fragile X Syndrome. Neither Sarah nor Julian are impacted by this diagnosis, as they are both intermediate alleles.

Sharing the diagnosis: “No one can handle this better than you.” 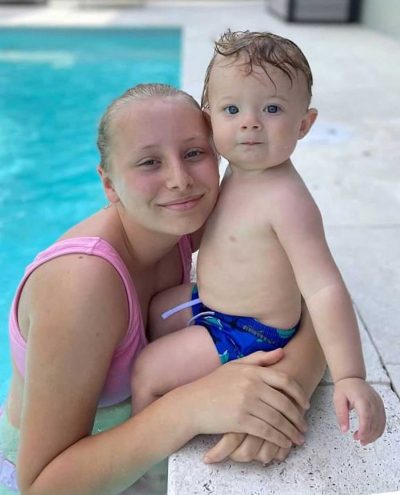 Even though she’d been shocked and scared after receiving the news, Sarah recommitted herself to her pregnancy, and continued to care for her growing family. Sarah brought a few people into the fold, sharing the diagnosis with close friends, her brother, and other members of her family. Despite this support system, Sarah felt the pressures of being the primary caregiver for her children, and caretaker of the family’s household. She understood Julian may have challenges he would face, and wanted to provide him with as much support and love as possible. A close friend comforted her during a moment of fear by saying, “No one can handle this better than you.” Sarah felt this was true, believing that if God wanted to give her a son who may have additional challenges in life, she would do her best for him.

Her daughter Rylan was one of the biggest supporters of her unborn brother. Upon learning about the diagnosis, Rylan took Sarah’s hand and said it wasn’t that big of a deal, and that she knew “Mom could handle this.” Rylan sweetly added that while Julian might need extra help, she’s good at math and can help him with that!

Additionally, Sarah found comfort in receiving the diagnosis early, noting that “when we know better, we do better.” Continuing to be involved with Living With XXY was also helpful. The connection her family made with Ryan “truly changed their lives.”

Living with XXY: “he’s going to be the best baby…”

Julian was born in May 2019 and weighed in at just under 9 pounds. He was born slightly jaundiced, with a small hole in his heart, which healed itself and left a slight heart murmur. As the family adjusted to life as a foursome, Sarah noted some differences in how Rylan was as a baby, and how Julian was. Julian began sleeping through the night at two months old, and was a very sweet, loving baby. 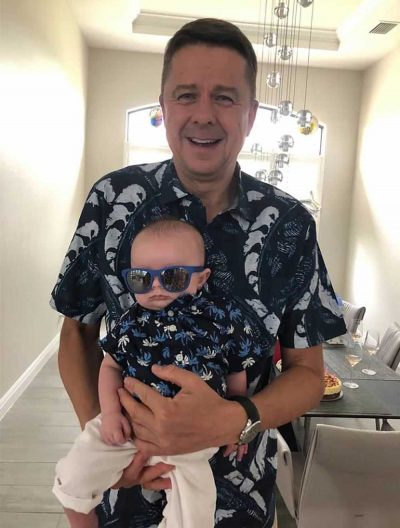 As he grew, Sarah didn’t notice any particular delays in his development. When he was entered in the eXtraordinarY Babies Study at Children’s Hospital Colorado at 11 months, researchers noticed he was delayed in some of his milestones via their Zoom sessions. Sarah had Julian assessed by her local state-funded intervention program, and they concluded he was not delayed. After this discrepancy, Sarah consulted with Julian’s pediatrician. The pediatrician had been very proactive regarding Julian’s diagnosis from the beginning, and recommended Julian participate in occupational and speech therapies.

Julian was enrolled in daycare focused on scholastics, where he’s able to interact and play with other children his age. The academic-focused school environment, combined with the therapies, which started in December 2020, has led to a “vast improvement” being observed by Sarah. Sarah and her family also are working with a pediatric endocrinologist, who will follow Julian throughout his youth, and commended the family on being so proactive.

Julian is a little boy who loves trucks and animals. While his words are still limited, he signs and makes intentional sounds to get his point across. Sarah said he’s great socially, is funny, and even a bit theatrical. He’s mischievous, and has a “wicked sense of humor.” Like all toddlers, he likes to explore, test his boundaries, and do what he can to elicit a reaction. He’s “hyper-focused when he gives his full attention,” and Sarah reports he has a photographic memory.

Sarah strives to be open, and encourages the same with her children. She makes teaching her children about self-care and communication a top priority. It’s her belief that these skills will help both her children cope with life’s challenges as they continue to grow. Sarah sees dwelling on Julian’s possible future struggles and challenges as something that’s unnecessarily negative, as they’re still unknown. 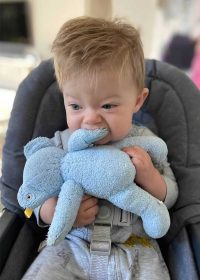 She hopes by the time Julian is grown and considering having a family, there will be advances made in reproductive medicine and technology. For now, she’s focusing on meeting him where he’s at, and building his self-confidence and sense of self.

While Julian’s diagnosis isn’t a secret within their family, it’s not something they generally share unless there’s a reason for someone to know. Sarah believes her family’s openness with Julian about his diagnosis will allow him to communicate his needs, and that the people who love him will better know how to support him. While the family doesn’t have a local XXY community, Sarah has enjoyed connecting with other members of the Living With XXY community. She feels the medical community has a hard time trying to balance bedside manner, finding more resources to connect families with, but are at times ill-equipped to handle those conversations.

If Sarah had the opportunity to share with another mother receiving a diagnosis of XXY for her son, she said she would offer a big hug and tell her “he’s going to be the best baby, and now is the time to do your research and build your team.” Sarah and her family look forward to being a great team for Julian as he continues to grow and develop.