A Mother’s Intuition Led to Her Son’s Diagnosis 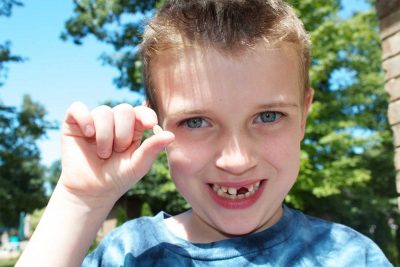 A couple of weeks ago I had the opportunity to sit down with Jaime Greene via Zoom, and chat about all things Klinefelter Syndrome. Like many in the Klinefelter Syndrome community, Jaime and her family have faced some challenges when it comes to raising their son, Luke. Jaime was ready to share her experiences in the hopes of helping other families, and raising awareness about Klinefelter. Even though Jaime knew almost right away Luke was different from other kids, it took several years to get the correct diagnosis. Now that they’re on the right course, Luke is thriving. Jaime never gave up, and relentlessly pursued the appropriate diagnosis for her son.

As a new mom, Jaime was enthralled with her new baby. However, as he grew into a toddler, she began noticing Luke wasn’t quite like his peers. When other kids his age were crawling, Luke was content to sit. His muscle tone seemed a bit lower than other boys’, and he just looked a bit different, but there was nothing obviously “wrong”. Since he was a happy, easy-going kid, who loved everyone, she decided to take a watch and see approach.

However, as Luke began approaching school age, worrisome behaviors began popping up. Luke struggled with dressing himself, and found loud noises very disruptive. One day, Jaime’s husband Jeff found Luke hiding behind their garage, covering his ears while rocking and muttering “the machine, the machine.”

After a few bewildered moments, they realized it was the noise of the lawnmower causing his distress. As Luke’s life was being impacted by these struggles, they swiftly got him into occupational therapy, where he was diagnosed with a sensory processing disorder. While occupational therapy services did help, it didn’t solve everything.

Once Luke got to school, he began experiencing academic struggles that didn’t exactly line up with the sensory processing disorder diagnosis. While he qualified for an IEP (individualized education plan), he didn’t quite fit there either. Through an ECSC (Early Childhood Special Education) program, Luke eventually fell into the OHI (other health impairment) category. When their first school district didn’t follow through on promises of support, the Greenes moved Luke to another school, hoping this would help resolve some of the issues they were experiencing. While he did great with his first grade teacher, they realized mainstream school wasn’t providing Luke what he needed.

As Luke aged, he began demonstrating concerning behaviors. He had angry, violent outbursts, fueled by an inability to communicate his wants and needs. A diagnosis of Celiac disease and a gluten-free diet helped manage his weight, but didn’t totally eliminate the behaviors Luke struggled with. Jaime related that during those years, Luke was fidgety, excessively hyper, and couldn’t sit still. Dance lessons channeled some of that energy, but by first grade, it became apparent more support was needed.

At this time, they began experimenting with different medications, hoping to find a happy medium where Luke could be calm and focused, but also wouldn’t alter his sweet personality. Stimulants made things worse, whereas Strattera turned him into a “different kid,” according to Jaime. After a disastrous start in the public education system, Jaime threw herself into researching the best ways to educate Luke, and pulled him out to begin homeschooling him. She began understanding that repetition, and clear communication were extremely effective in helping Luke learn. With flashcards and phonograms, Luke began to pick up on what he’d been missing in the first years of school.

Eventually, after noticing Luke continued to be extremely fatigued, and still lagged behind his peers both academically, and physically, the Greenes pushed for genetic testing. Four years ago, when Luke was 10, they received the formal diagnosis of Klinefelter Syndrome. Jaime threw herself into research, scouring the internet for all the information she could absorb. She was determined that “dancing Luke was going to come back,” and now that she knew what was actually going on, could start weaning Luke off of medication.

Eventually, Jaime was able to rally a strong, supportive team around Luke. Through trial and error, they connected with a neurologist and endocrinologist who were willing to start treating Luke’s Klinefelter Syndrome appropriately. After visiting a three day clinic with neurologist Dr. Marcus in Atlanta, the Greenes came back armed with the knowledge to see them through. Dr. Marcus was able to confirm what Jaime had always known about her son; he’s smart, has an average IQ, and is very capable of learning.

At the age of 12, Luke began testosterone treatments. Since boys with Klinefelter Syndrome have naturally lower levels of testosterone, it’s important for their mental and physical development to receive this supplemental support throughout their lives. Luke began a low level of 50 mg of testosterone a month, and the results were almost immediate. He began to grow, physically develop appropriately for his age, gain muscle tone, and was more able to 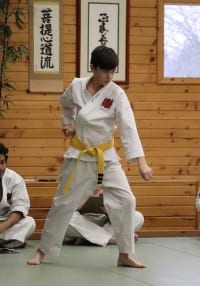 focus. The Greenes continue to work with their local Beaumont Hospital using their endocrinology, neurology, and gastroenterology team to monitor Luke’s progress. Luke receives annual bone scans to monitor the progress of the testosterone, ensuring he isn’t growing too fast.

I got a chance to chat a little with Luke, and while initially a bit shy, he began opening up about himself. His interests include Minecraft, building with Legos, enjoying sorting and lining up Matchbox cars, bike riding, and PokemonGO. He shared with me his favorite place to eat is Culver’s, a fast food restaurant where he always orders a burger, custard, and soda. According to Jaime, her son is a hard worker, who loves to help out with yard work. She describes him as “generous, tenderhearted, and kind.” He loves to fish, fixes RC racing cars, and enjoys putting things together. Luke is currently tossing around a few ideas for his future plans, but is considering attending college, and has a goal of serving as a police officer with the Michigan State Troopers. In

addition to these aspirations, Luke started 8th grade in fall 2020. He’s also earned his brown belt in karate, and participates as a member of the Children of the American Revolution. Luke spends time volunteering at church, and is often asked for help by others, who recognize his reliability and responsibility to finish jobs.

When I asked Jaime what she felt other parents with Klinefelter Syndrome boys should know, she was very candid about their experiences, but also incredibly hopeful. It hasn’t always been an easy road for their family, and she acknowledged there have been a lot of sacrifices to get Luke the care he needs. There are many appointments and financial considerations, but she’s optimistic about their ability to find Luke the services he needs. She encourages Klinefelter Syndrome parents to “not be ashamed”, and instead focus on arming themselves with as much education and information as possible. She impressed the importance of always “pursuing the best” for your boy, and doing everything you can to prepare them to be functional adults. She said, “they’re going to be amazing.”