The Voice of Jordan Truax

Jordan is a 29-year-old man living in Hughesville, Pennsylvania. While currently experiencing unemployment due to the COVID-19 pandemic, Jordan previously worked as an electrician’s helper with his uncle. Jordan is an outgoing man with short blond hair and a quick smile. He is very open about his diagnosis, and ready to share about his life with Klinefelter Syndrome.

Childhood and education: “his brain doesn’t work like everyone else.” 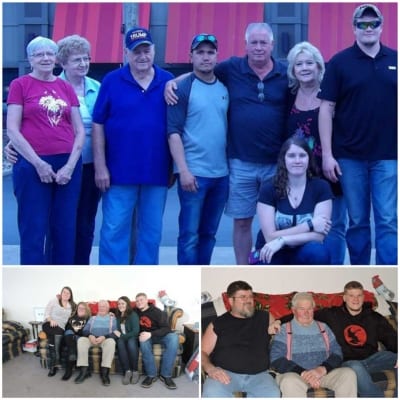 Jordan is one of many brothers and sisters. On his mother’s side there’s a brother and sister, and on his father’s side, three sisters. In school, Jordan experienced trouble with certain subjects, which he described as being the cause of a learning disability. He earned his high school diploma, but said “it was just hard.” He went on to clarify his “brain doesn’t work like everyone else,” and “stuff doesn’t click unless [he] can do it hands on.” During classes, he often found his mind wandering, making it difficult to pay attention to the coursework. These difficulties compounded during exams, when Jordan “couldn’t do the test.”

While he wasn’t granted formalized accommodations, there were several teachers who offered further assistance. Jordan said they offered extra time to complete exams, or read questions out loud for those who needed it. This assistance helped Jordan get through school.

As a child in school, Jordan “didn’t really talk to anybody,” and “only talked to like, a few people.” He was “quite shy” as a child. Despite his shyness throughout his youth and teens, he found himself able to overcome it in his early twenties. Now, he can talk to anybody and “not feel shy.” He easily engages with others, saying “the shyness isn’t there anymore.”

Diagnosis: “The deluge of information was overwhelming, and Jordan initially felt “kind numb.”

When discussion of diagnosis came up, Jordan’s cheerful demeanor slipped into one that was more stoic. He listened carefully to the questions being asked by the interviewer, and took his time to consider an answer before responding. 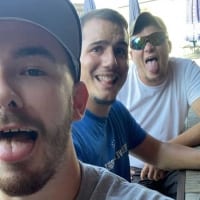 When Jordan attempted to participate in high school sports, he was required to go through a sports physical. The doctor performing the exam noticed Jordan’s testicles ”were a little smaller than…other people[’s].” The physician followed up with Jordan’s pediatrician, who ordered a panel of tests that included blood work. In 2009 at the age of 17, Jordan was officially diagnosed with Klinefelter Syndrome. Jordan was given the diagnosis at the local medical center, where his mother was included in the conversations. The deluge of information was overwhelming, and Jordan initially felt “kind numb” and disconnected from the diagnosis. The doctors “scared the crap out of” his mother with some of the more upsetting possible side effects of Klinefelter Syndrome, and she followed upwith “a bunch of questions” about Jordan’s condition. The doctor was upfront about the information available, sharing both the positives and negatives of the diagnosis. However, they were also told “not all people have the same stuff,” in regards to other conditions and symptoms related to Klinefelter Syndrome.

Currently, Jordan is on gel hormone replacement therapy, and has been since he was 17 years old. His testosterone levels were tested at the time of his diagnosis, and were found to be in the low 100s. He made the switch to gel after the patch caused him burns. The gel is rubbed on his shoulders daily and allowed to dry. After the years of treatment, Jordan’s testosterone levels have risen to between 500-600.

Life with XXY: “Jordan’s attitude “totally changed, and [he’s] fine with speaking out and talking to people.”

When he received the diagnosis, Jordan “kept it a secret” because he “didn’t want to get made fun of like people do in high school.” He “kept it on the down low,” and just his family was brought into the fold. A conversation with his grandfather, Pap, who is battling cancer, inspired Jordan to become more open about having Klinefelter Syndrome. Pap told Jordan he “shouldn’t be embarrassed about anything in [his] life,” which Jordan “took into consideration.” After the realization he was no longer bound by what others thought of him, Jordan’s attitude “totally changed, and [he’s] fine with speaking out and talking to people.” He’s now able to openly talk about having Klinefelter Syndrome, and what it’s like to live with XXY.

Within the last year, Jordan has found himself caring less about what others would think of the diagnosis, making him more comfortable coming out about his diagnosis outside of his immediate family. He was “telling everybody that [he] had Klinefelter” and found they didn’t “think anything different,” which was “a good thing.” When asked how it felt to get a positive response when confiding his diagnosis in someone, Jordan related it was “relieving” to not be judged over something that can’t be controlled, and has to be lived with.

On his forearm, Jordan demonstrated his pride in his diagnosis by tattooing the Living With XXY emblem. When he first began discussing his diagnosis more publicly, he reached out to Ryan Bregante to ask if he could get the foundation’s logo as a tattoo. When recalling the visit to the tattoo parlor and how he was asked if he wanted the image small, Jordan laughed and said, “No, I want it big so everyone can see it.” Jordan got the tattoo to put his diagnosis “out there” so he isn’t “hiding anything.” People ask about the meaning behind the design, which provides an opportunity for Jordan to share information about Klinefelter Syndrome. His second tattoo serves as a reminder to “not dwell in the past, and just keep moving forward,” which is a mantra he utilizes when his chronic depression strikes. The tattoo reminds him to “keep pushing forward instead of going back to the past” when things are tough.

In addition to Klinefelter Syndrome, Jordan lives with other chronic conditions. After experiencing widespread pain “all over [his] body”, he underwent a series of tests to determine the cause. Through a process of elimination, which is how fibromyalgia is generally determined, it was concluded that was the source of his pain. He was told by his doctors, “We think your pain is fibromyalgia, and there’s nothing you can do.” One of the symptoms Jordan experienced with fibromyalgia is difficulty with his memory, and finds he can “only remember certain stuff.” Occasionally, Jordan finds himself struggling to communicate his thoughts, as well as experiences lapses in memory, for which he plans to undergo further medical testing.

Following high school, Jordan began experiencing depression. In an effort to “cover it up” Jordan sought coping mechanisms, such as hanging out with friends, or other activities to keep his mind occupied. However, an incident that occurred when he was 14 bothered him throughout the years, and he didn’t disclose it to anyone until he was 21. After seven years of carrying the weight of his secret, Jordan finally unburdened himself to his mother, and was able to seek counseling. Jordan was frank about what triggered his depression, including not being able to work and move about freely due to the COVID-19 restrictions. 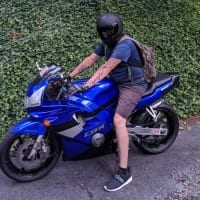 Jordan enjoys hanging out with friends, going out to eat, and doing fun activities that keep his mind occupied. One of his favorite activities is spending time riding his motorcycle, and Jordan reminded others to pay attention to bike riders when on the road. He’s spent some time getting to know more about his bike, as well as doing some of the light mechanical work. Jordan is skilled at hands-on tasks, such as cleaning and organizing. He’s also big into music, and enjoys a variety of styles, particularly artists and songs with a deeper meaning that he can connect with.

Jordan’s advice to other men being diagnosed with Klinefelter Syndrome is succinct, but hopeful. He said, “It’s nothing you should be ashamed of, at all. Just move forward with your life, do the things you love, don’t let anything hold you back.”