Annette Flannery lives in Maryland with her husband and their son, Ronan. As Annette already had two daughters and two sons, the couple was pleasantly surprised to discover they were expecting Ronan eight years ago. They didn’t know they would be the parents of an amazing little boy with Klinefelter syndrome and autism. 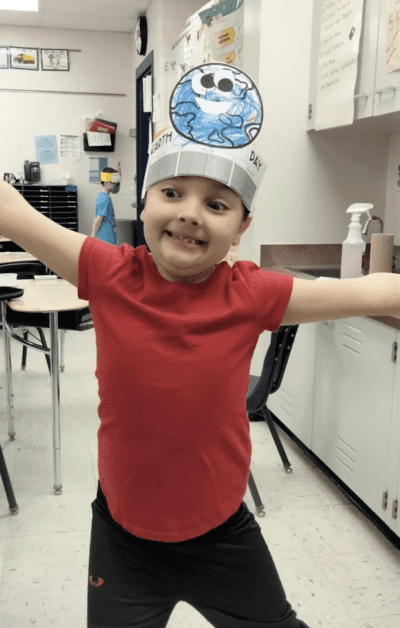 When Annette realized she was expecting, she was hoping for a little boy. Her doctors planned to keep a closer eye on her as she was a bit older during this pregnancy. She went in for a routine ultrasound, where the tech noted some thickening on the back of the baby’s neck. They followed up with a Chorionic villus sampling (CVS) test, checking for trisomy variances, such as Down syndrome. However, the results weren’t what anyone was expecting. Their baby had 47, XXY, or Klinefelter syndrome.

The couple got referred to a genetic specialist, who gave them a list of terrifying possible outcomes for their unborn son. They said he would likely have ADHD and wouldn’t achieve much. Throughout the appointment, the doctors asked more than once if they wanted to continue with the pregnancy. However, something wasn’t adding up.

What are we missing? 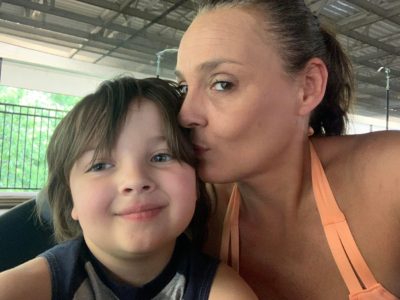 Shawn asked, “what are we missing? So, you’re telling us there’s no issue with the quality of life? Is he going to be in a chair? He’s not going to need 24/7 care?” The doctor said no, their son wouldn’t need any advanced care. Annette felt shocked at the news and recalled, “At first, I was devastated. And I still am with certain things. Is he going to have breasts? Is he going to have hips? I was upset about the fact that you know, he’s not going to have children. For my selfish reasons now, today being what it is, I’m not sure I care that I will not have grandchildren.” She felt confused by the doctors’ information, and Google did little to clear up their worries.

When they were finally alone, Annette said to her husband, “Are we missing something? I do not quite understand why they’re pushing for this. Every family had someone who had ADHD in there. Every family has an energetic little boy. It’s not anything that any other family isn’t dealing with.” Annette questioned why the doctors were pushing for termination and decided to proceed with the pregnancy.

Despite being at high risk at age 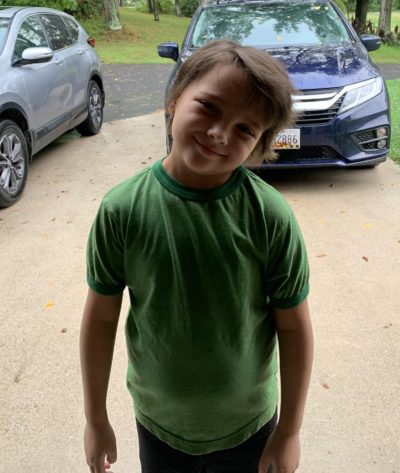 40, Annette’s pregnancy was “great.” About two weeks before he was due, Ronan stopped growing, so Annette got induced to start her labor. However, Ronan wasn’t going to make it easy on her. The induction began on Tuesday, but he didn’t make his appearance until Wednesday. While several specialists were on hand when he was born, Ronan arrived healthy, with no issues. Annette questioned the diagnosis, as the symptoms described by the genetic specialist weren’t showing up in her son.

Annette and her husband enjoyed getting to know their new son as the years passed. At the same time, everything seemed to be going smoothly for the first several years, until around ages three and four. They noticed Ronan began acting out and becoming “really defiant.” While he was brilliant, they noted many of his thoughts were dark. They brought him for testing and learned that besides Klinefelter syndrome, Ronan had high-functioning autism, ADHD, and possibly oppositional defiant disorder (ODD). The family began to pursue early intervention services, taking each day as it came. Some days are “fantastic, and others are not so great.” 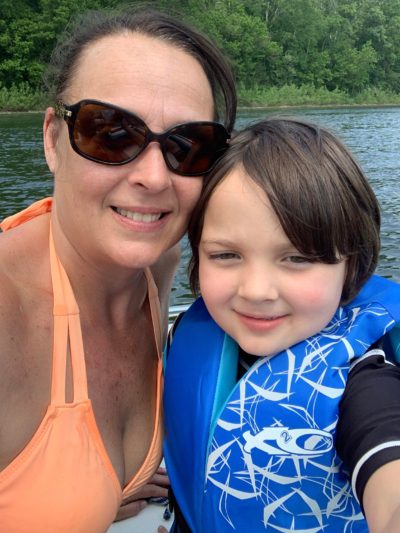 Today, Ronan is a healthy and happy seven-year-old. He loves being with girls his age and hates crowds. Lately, he’s been struggling with reactionary hitting when Ronan becomes frustrated, so the family is exploring options to help him cope with big emotions. He’s knowledgeable, and Annette described him as a “master manipulator,” able to bend things in his favor. On his good days, Ronan is an “amazing, sweet-natured child.” Annette remained optimistic, saying, “we don’t have it the best all of the time, but we certainly never have it the worst.”

Like many children, Ronan struggled with the changes brought about by the COVID-19 pandemic and, at times, felt isolated. While he does have a close friend at school, he often prefers to eat lunch alone, as he struggles with the smells of other students’ lunches. These are the things that make Annette “wonder and feel sad.” For Annette, the unknowns that come with Ronan’s diagnosis worry her: “It’s all the unknowns. You don’t know what is going to happen. That is the hardest stuff.” The family works with an occupational therapist, physical therapist, and various Johns Hopkins doctors to help manage the symptoms associated with his diagnosis.

Ronan has an individualized education plan, or IEP, to support his autism symptoms in school. However, Annette constantly communicates with his teachers and therapists, updating them on any new information she learns about Klinefelter syndrome so they can best support him. Annette isn’t afraid to advocate for Ronan and pushes for the doctors and therapists. Annette wants to work with him. She has a friend who has a child with autism, who has been a massive support as they navigate managing his care. Even with help, managing Ronan’s care can sometimes feel daunting because “it encompasses mental health, physical health, social health, and pragmatics.” 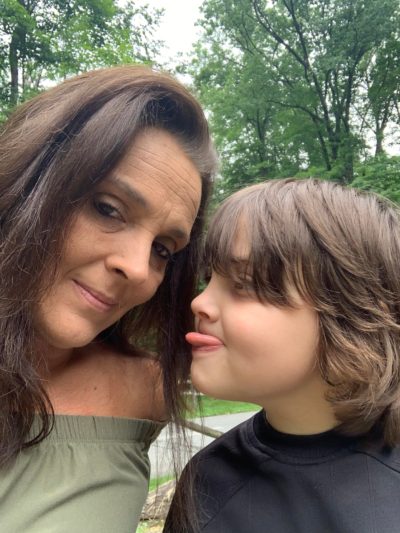 Ronan is an eloper, and the family has struggled to help him understand the dangers of running away or going outside without telling an adult. On a recent adventure

away from home, a police officer told him he couldn’t leave the house without telling an adult, to which Ronan responded, “I am six years old. I can take care of myself.” Even though they have difficulties, Annette said, “I don’t think we struggle any more than any other family. I don’t. After Ronan was born, I was so upset. I remember looking at Shawn and going, ‘I can’t believe we even considered terminating this pregnancy.'”

She wondered why the doctors even “put that thought” in her head and added, “I don’t think that just because people don’t know about it, that justifies terminating.”

Annette feels that doctors delivering a diagnosis to parents must prepare themselves with accurate and up-to-date information. She commented, “Having a baby will be the luck of the draw anyway. And having Klinefelter syndrome does not contribute to, you know, other issues. My daughter is perfectly healthy, but she had a heart defect.” She wished the doctors had been more reassuring and positive when giving the news. They could come prepared with references and “written information that talks about positives and negatives and not just “Google-style” pamphlets that list the negatives first.” She added, “when it’s a quality of life issue, they may have to be blunter, but not here. With numbers like 1 in 500 people, the doctors need to know more.”

What she would tell other moms: 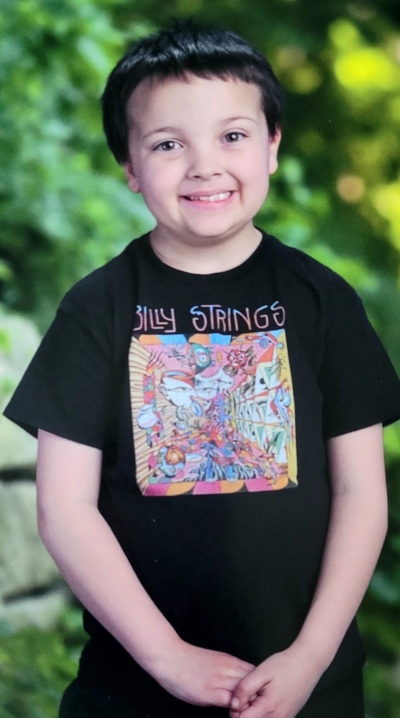 “It’s no different than any other baby. It’s not. Every baby has its challenges; every baby is going to be loved. You might have to put a little more into the care, take a couple of extra steps, but you know, it may not even be something you have to do. Every baby is going to be special, no matter what. Klinefelter’s is not going to be something that defines your child. You don’t have to let it happen that way.” Annette thought for a moment and added, Also, don’t google. I think the doctors should be responsible for that.”

Annette said about raising Ronan with Klinefelter syndrome and autism, “He’s not as easy as some children, but he’s certainly not as hard as others. He’s smart, and he’s loving, he’s funny, he’s happy, and that’s all that matters.