The voice of Lois Ivanoff

At 38 years old, Lois Ivanoff was thrilled to be pregnant with her second child. Lois and her then-husband took their time to start a family after getting married. Already the parents of a beautiful daughter, Lois had been dreaming of a little boy to complete their family for years. This new baby was a welcome addition.

Since she was in her late thirties, her doctor suggested an amniocentesis to ensure everything was ok with the baby. At around twenty weeks into her pregnancy, Lois underwent the test, and didn’t think further of it until she got a call from her obstetrician a couple of weeks later. During that conversation, she didn’t know she’d be offered a Klinefelter mother termination. 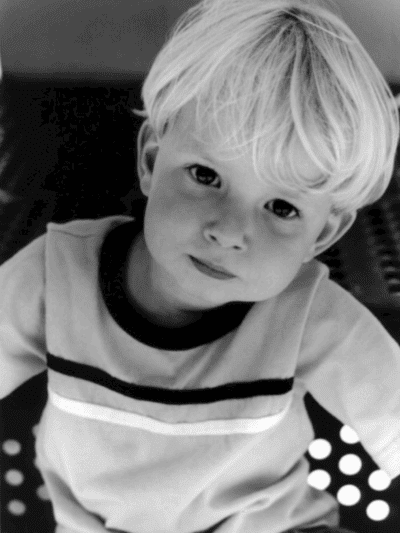 Lois was standing on the steps of her Huntington Beach home when the doctor called with the news. The doctor apologized, her voice filled with pity and sadness as she delivered the information. Lois was expecting a baby boy, and her son had Klinefelter syndrome. She’d never heard of the disorder before and asked what the diagnosis meant for her unborn son.

The provider didn’t have much information to share, but said Klinefelter syndrome was one of the most common genetic disorders affecting male babies. The baby might grow up to have long limbs,  grow to be taller than average, develop excess breast tissue, and perhaps would have some developmental delays or learning disabilities. Confused about why her provider was behaving as though she was delivering tragic news, Lois asked if there were any other symptoms. The doctor replied, “that’s it. I can set up a termination for you, 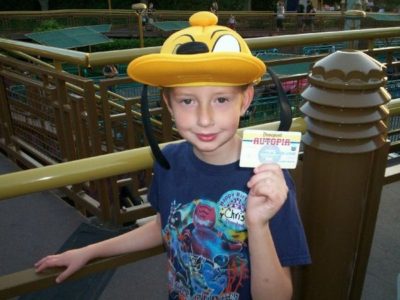 if that’s what you want.”

Lois immediately knew she wouldn’t go through with a Klinefelter mother termination. She told her doctor, “I chose to have this child later in life. I’ve been dreaming about this baby for a long time, and I’m not going to terminate this pregnancy.” Once she decided, there was no further discussion about terminating her pregnancy. 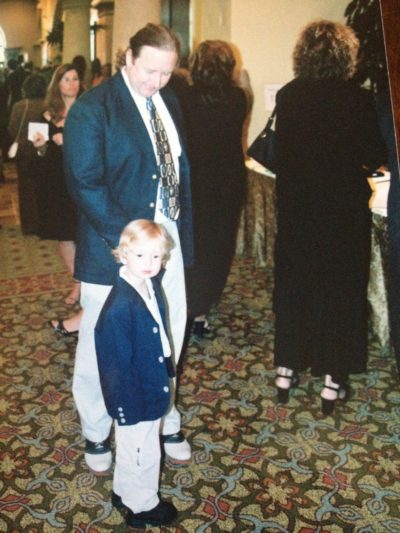 Lois shared the news with her husband, and they chose a name for their unborn child. Though shocked by the diagnosis, they decided on his name right then. Christopher was their favorite name, and Perry was chosen to honor her husband’s father.

Though determined to see the pregnancy through, Lois recalled moments of sadness and grief upon receiving the diagnosis. She said, “I remember feeling sorry for myself. I was sad about all this stuff I would have to endure.” However, she realized, “this is not happening to me; this is happening to my son. My only job is to love him, raise him as best as possible, and learn as much as possible about this.” 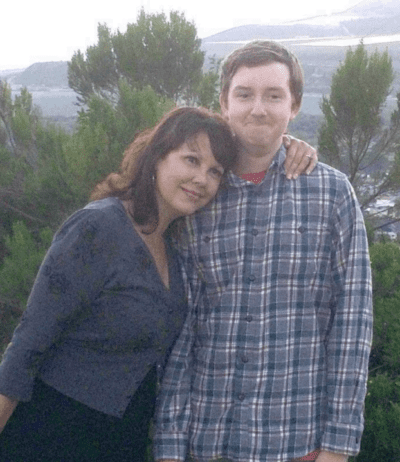 The remainder of her pregnancy went smoothly, although she felt some anxiety. Knowing she was carrying a child with a genetic difference made her question various aspects of the pregnancy more than her previous pregnancy. Those feelings of worry went away when Christopher was born. When she held him, she “bawled her eyes out, because he was healthy, and he was here, and it was the best. It was the best feeling.”

As Christopher grew, Lois continued to chase down elusive answers to help them understand various aspects of his development. As he experienced different symptoms, she researched what might be related to Klinefelter syndrome. They sought the community to help find more information.

As a mother, Lois stressed the importance of quality healthcare for boys and men with Klinefelter syndrome. She felt that breast health needed extra attention. Men with 47, XXY can develop extra breast tissue as they age. She pushed Christopher’s healthcare provider to offer yearly breast exams to 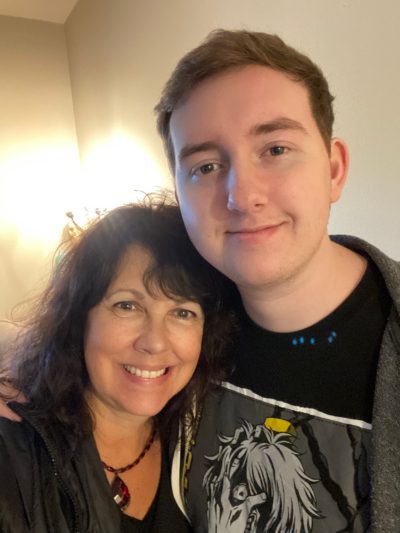 monitor for any changes or abnormalities. While this might feel awkward or uncomfortable, she wanted men to understand the importance of monitoring for cancer symptoms. Lois suggested children’s parents open up the conversation about breast reduction as necessary sooner rather than later. The procedure isn’t always covered by insurance. Having those discussions earlier can allow families to plan as needed.

What she wants parents to know:

What she wants healthcare providers to know:

If she had to advise healthcare providers, Lois would recommend both those delivering the diagnosis and caring for an individual with Klinefelter syndrome “read up on this and educate yourself, because these are real people, and they matter. We need education, compassion, and information. So read, and learn about it.”