The Road To Adoption: Matt Troxler 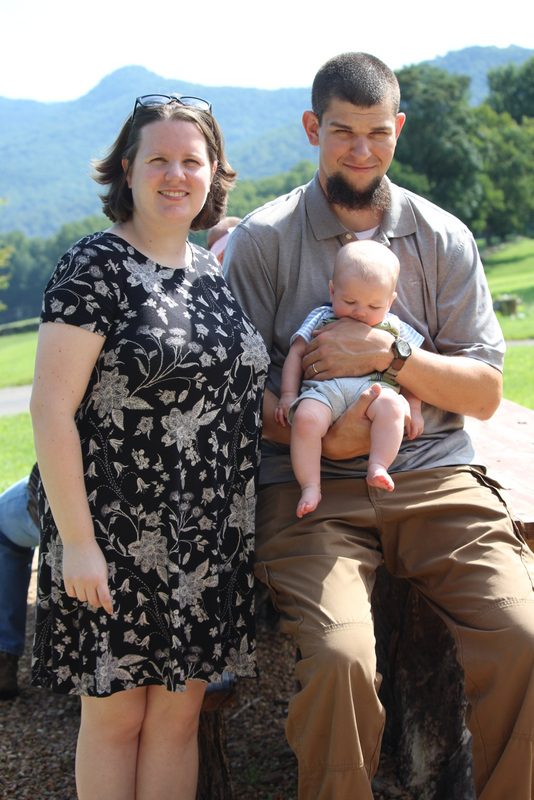 When Matt Troxler was in kindergarten, he received an unexpected diagnosis. His teacher noticed some symptoms, and encouraged his parents to get Matt tested. They discovered Matt had Klinefelter syndrome, or 47, XXY. While in the process of making the diagnosis, the family worked with a speech therapist who had done her Master’s degree work on Klinefelter syndrome. When Matt was old enough, his parents told him about the diagnosis.

Residing in Atlanta, Georgia, Matt and his wife Sunny have been married for ten years. They met on an internet dating site, and hit it off right away. During their first week of connecting, the topic of how many kids they would each want came up. Sunny hoped to have three children, and wanted to adopt one. Matt replied, “Well, actually, that’s the only way I’m gonna have kids.” She accepted the news well, and Matt knew she was a keeper.

After Matt shared his diagnosis, Sunny got off of the phone and immediately went to the internet to Google the surprising news. She had no idea what Klinefelter syndrome was, but felt alarmed by what she found on the Wikipedia page. However, she wasn’t put off by the idea that Matt couldn’t father biological children, as she felt there were so many children in the world who needed good homes.

Once Matt divulged his diagnosis, their courtship moved quickly. They met in person in September. They realized they wanted to be together, and didn’t want to continue dating long distances. By February they were engaged, and their wedding took place the following October.

A little over four years into their marriage, they began saving to start the adoption process. Matt wasn’t aware of the other options out there, such as donor sperm, or the micro TESE process, so adoption felt like the way forward to having a family. The couple just knew it was something they were going to do. About six years into their marriage, they formally applied to become adoptive parents.

They knew the process was going to be expensive, and began saving. They intended to do some fundraising, but never did start. They were surprised by unexpected support from their family and congregation. Anonymous donations poured in, with their preacher letting them know when someone gave money towards their adoption fund. The couple saved about $10,000 and were gifted another $5,000 by donors.

The couple looked into several different agencies, but ultimately ended up selecting a Christian-based organization in Georgia. They knew others from their congregation who had used the agency to adopt through, and felt it was also the most cost-effective option.

After paying the initial fees to start the process, the couple waited for a few months before being invited to an introductory meeting at the agency. There, along with several other families interested in adoption, they learned more about the process. They also received some paperwork to start filling out, but felt a little overwhelmed by the amount of work ahead of them. They sat on it for a few weeks, and then decided it was time to get started.

While filling out the paperwork, they were asked to divulge their financial information, their residences within five years, and other personal information such as medical records. Once the paperwork was submitted, a home study was scheduled for several months out.

For the couple, it felt like forever while they waited for the process to move forward. It was emotionally draining, and frustrating as they watched those around them begin having families. Of time spent waiting Matt said, “If you don’t have fertility issues you just go have a baby in the hospital, come home, and that’s it.  You can’t do that, so it’s just a lot, a lot more time, and difficulties.” However, they found support with another couple they knew who were also navigating fertility issues unrelated to Klinefelter syndrome. It made it a “little easier” to know others who were experiencing infertility as well, and they could talk through things like their frustrations with having to wait for a child.

Waiting for a baby: 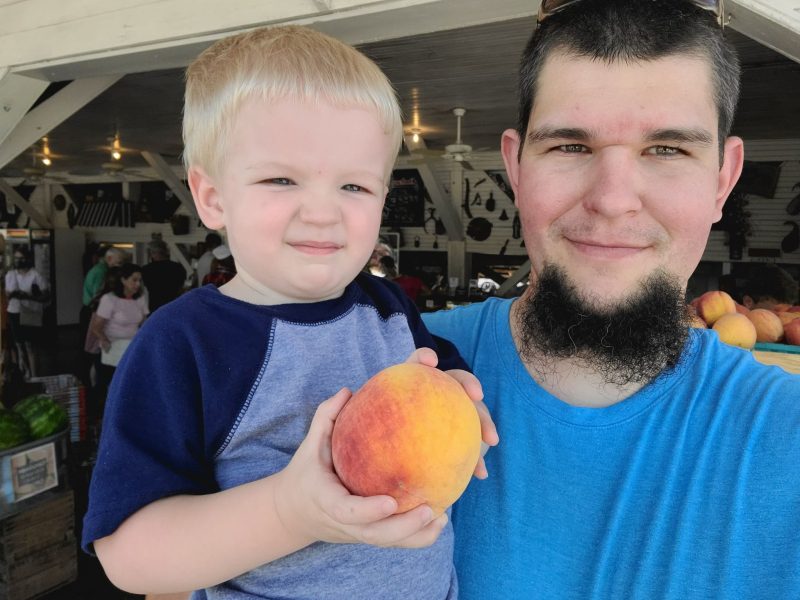 While the process slowly moved forward, they decided to adopt an infant. The entire process took about two years from beginning to end. In the meantime, they continued to work through their frustrations with having to wait. There was “a lot of prayer,” and they shared their feelings with others in their lives. Those they shared with kept up the encouragement, reminding them that it was going to happen. Eventually, they would have their baby.

On Memorial Day weekend in 2018, they decided to get out of the house for a change of scenery. They live about two hours from peach country, so they decided to head to the country and buy some peaches. Their plan was to enjoy some time away, and their weekend was off to a good start when Sunny’s phone rang on Friday evening. Not knowing the number, she didn’t answer it. When Matt’s company phone began ringing a few moments later, he picked up.

On the other end of the line was someone from the adoption agency, asking Matt if they still wanted to adopt a baby. When Matt replied yes, they were still interested, he was told there was a baby boy available for adoption. The baby had been born that day, and he was going to be theirs. Emotion welled up for Matt as he recalled the shock, and then the elation of learning he was finally going to be a father. After years of waiting, their time had finally come.

Although prepared with a car seat and crib, the couple needed to finish stocking up on baby items. In the morning, they made a speedy trip to Walmart to stock up on all the essentials a brand new baby might need. With bags stuffed full of formula, diapers, and tiny clothing, they were ready to meet their son.

That afternoon, the agency picked the baby up from the hospital. That night, the couple got to meet their son for the very first time. After signing a bunch of paperwork, they were able to take their baby home. It would be at least two more years before they got to make it back to  peach country.

However, there were still some hoops to jump through. In Georgia, the birth mother has ten days to reconsider the adoption placement, meaning the adoptive parents could have to relinquish the child. During those ten days, the baby can go home with the adoptive parents, or go into foster care. Matt and Sunny considered what would be best for everyone, and Matt prayed on it. Matt woke up in the middle of the night with a sense of knowing that bringing the baby home was the right thing to do. Matt felt confident this baby was meant to be their son, and his birth mother wasn’t going to change her mind. They brought their son home to wait out the ten days.

Additionally, in order to formalize the adoption, they had to undergo two more home visits from the agency. After bringing home their son, they learned the county was required to do their own home study, regardless of the one performed by the adoption agency. This is something that the couple believes is specific to their county, and not necessarily representative of other counties in the state. The agency made two visits, followed by the county’s visit. This prolonged their adoption by six months, which was extremely frustrating, as it required more paperwork and expenses. However, Matt said it was, of course, entirely worth it. 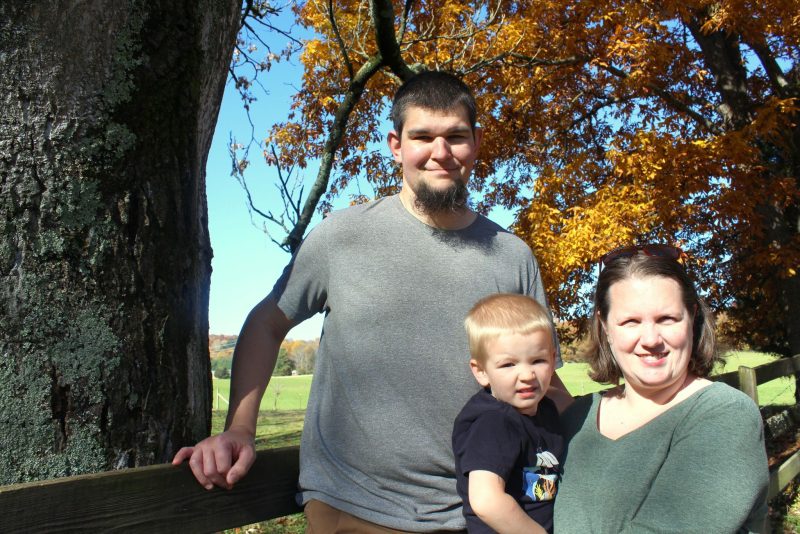 When asked about his journey to being open about living with XXY, Matt said until about two years ago, he wasn’t. He had been put on testosterone by his doctor but needed to learn how to do the shots. While browsing YouTube for an instructional video, he came across Ryan’s channel. From there, Matt found the Living With XXY website, and “it just changed everything” for him. In the last year, Matt has become more open about his diagnosis. He continues to share with others, as he sees the need to provide encouragement to others in the KS community.

After a brief hiatus, Matt is back on testosterone and feeling more comfortable with who he is. He relates to the positive traits shared by other men with KS on the Living With XXY website and is excited to share that with others. When asked what advice they’d give to other prospective adoptive parents, Matt and Sunny said to “trust the process.” Currently, the family is deciding if they’ll pursue traditional adoption to expand their family, or if they will look into embryo adoption.

On being a dad, Matt said “it’s the best thing in the world.” Their son is energetic and very independent. When he talked about how much he loves his son, Matt’s face lit up with joy. He reflected on their journey to becoming parents, remembering times when he felt frustrated and upset over not being able to have a family the traditional way. He found himself questioning God as to why he had to endure this. However, this turned around for him upon realizing there were children out there who needed fathers, and he could use adoption to make his dream a reality.