They told their son “You’re an X-Man!”

Noelle Davidson is the mother of an eight-year-old son with Klinefelter Syndrome (KS), or 47, XXY. The family lives outside of Vancouver in British Columbia, Canada. Noelle shared her story of getting pregnant later in life, what it was like to find out her son Jacob had Klinefelter Syndrome, and how things are going now. 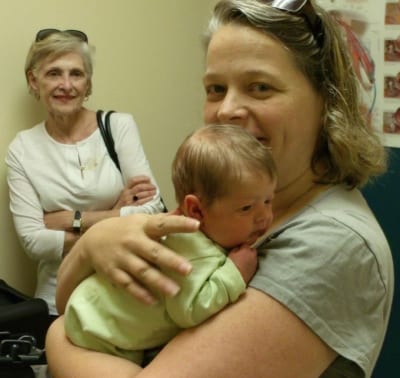 When Noelle Davidson was 44 years old, her wish to be a mother was finally fulfilled. After suffering a miscarriage and turning to fertility medicine to conceive, she was pregnant. At 44, her pregnancy was considered geriatric, and amniocentesis was encouraged at 20 weeks to verify a healthy, viable fetus. Noelle and her husband established a bar for themselves to help them know if she would carry the pregnancy to term. They needed their child to be capable of caring for themselves when Noelle and her husband were gone, as they don’t have other children. Their hope was their baby would lead a happy, fulfilling life.

Even though nothing indicated anything was wrong with the baby, and despite her reservations about the procedure itself, Noelle went through with the amniocentesis. Two weeks later, Noelle learned her unborn son had Klinefelter Syndrome.

On a Friday afternoon, her OBGYN called and said, “I don’t want to freak you out, but we’ve found something. It’s not a serious thing, but I do want you to meet with a genetic counselor: we’ll set something up for you on Monday.” Noelle was working at home by herself when the call came in. The doctor didn’t give any further information, saying that she didn’t really know much about it while the baby had an extra chromosome. She wanted Noelle to wait for the meeting with the genetics counselor to discuss it further. Noelle began texting her husband, who was at work and unable to answer a phone call. Neither of them had heard of Klinefelter Syndrome and were in “a state of panic.” Her doctor encouraged them to do some research, saying, “Remain calm. We’ll get this sorted out and get you to people who will have the information.” 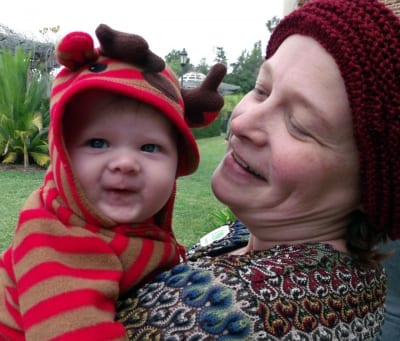 Noelle and her husband were devastated by the news. They consulted a friend who worked as a reproductive health doctor in Chicago, who said the diagnosis was “terrible” and terminated the pregnancy. The information on Google wasn’t much help, as it ranged from indicating men with Klinefelter Syndrome could be hard at all impacted to horror stories.

Over the weekend, before she consulted with the genetics specialist, Noelle reached out to someone from the local support group living in their current city of Los Angeles in the United States. She connected with a woman who assured her everything would be ok and invited Noelle to come to meet her son, who also had 47, XXY. Noelle and her husband went over on Sunday to meet the family and were blown away. 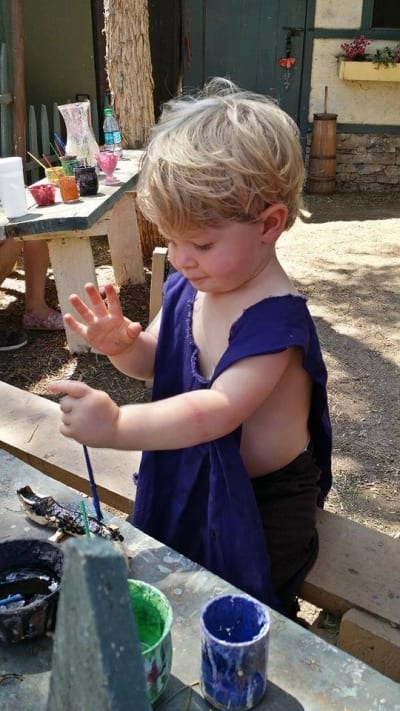 The little boy they met was four at the time, and “there was absolutely nothing about him that looked different from any other kid.” Even though his mom pointed out some things that were a tad different about him, it wasn’t anything that would be noticeable if one didn’t know about the diagnosis. The mom shared everything Noelle and her husband might encounter while raising their son, as well as what their family had gone through. Noelle recalled meeting a family who had a son with Klinefelter Syndrome was “so critical,” and if the opportunity arises, she’d like to do the same for another family.

As her pregnancy progressed, Noelle developed gestational diabetes, and they found out Jacob had a club foot, which was unrelated to his KS diagnosis. At 38 weeks and five days pregnant, Noelle’s water broke while she was at home. Noticing blood in the fluid, she and her husband rushed to the hospital. She was induced, and after laboring for 28 hours, her doctors recommended a cesarean if the baby wasn’t delivered within the next hour. Eight minutes later, Jacob was born, weighing six pounds, four ounces, and Noelle held him for a brief moment. She recalled feeling relieved he was breathing and said, “it was such a whole world of relief, and he was amazingly perfect.”

Jacob was struggling to breathe after suffering a pneumothorax. He was intubated and rushed to the Neonatal Intensive Care Unit (NICU). Noelle and her husband could not hold him for the first 24 hours, as the doctors worried any additional stress or shock could worsen his condition. A bout of jaundice followed his struggles to breathe. Jacob spent four days in the NICU, and it was hard for them to leave him behind when Noelle was discharged. 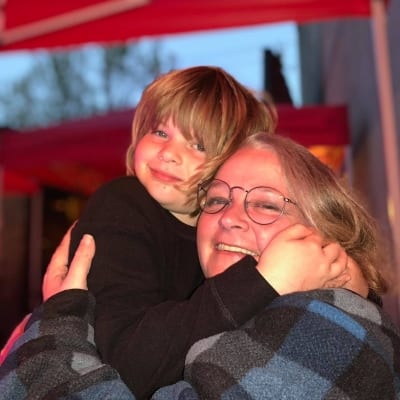 Immediately following Jacob’s birth, Noelle began planning early intervention services for him. She had a feeling he’d need help and wanted to get services in place as soon as possible. Originally after receiving the diagnosis, Noelle and her husband kept it close to the vest, telling only her parents and one of her sisters. Someone had told them, in the beginning, Jacob might not want other people to know, but Noelle has since changed her mind on that stance. They’ve shared Jacob’s diagnosis with everyone in their lives, including Jacob’s school and martial arts instructors. They didn’t want Jacob to believe there was any reason to hide or be ashamed, and therefore they couldn’t hide his diagnosis from others. Noelle started talking to other parents and realized “every kid has something.” Ultimately, KS wasn’t “that big a deal.” Once she started explaining the diagnosis and what it meant for Jacob, everyone accepted it well.

Jacob has grown up understanding what is different about him from other kids. Noelle and her husband are self-described geeks who read comic books and play video games, and they took the superhero route when explaining KS to Jacob. When he was about five and really into martial arts, they told him, “You’re an X-Man! Isn’t it cool that you’re an X-Man?” They explained that because Jacob is an X-Man, there are things that he might have to work harder at than other kids do. As a result, Noelle said Jacob has developed into “the most tenacious kid.” 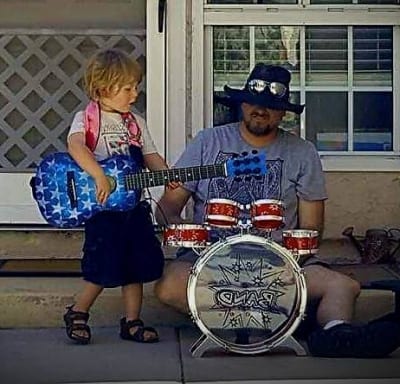 Noelle was interested in pursuing early testosterone intervention for Jacob, which would’ve included testosterone replacement therapy with shots given monthly between ages three and six months. She took Jacob to several hospitals and worked with a pediatric endocrinologist but could not find a provider who would prescribe the dosages. Her husband wasn’t on board with the treatment after recommendations from three different pediatric endocrinologists, so ultimately, Noelle didn’t pursue it further at that time. When he was seven, they gave him a course of testosterone treatment on the recommendation of a researcher, which his endocrinologist was also comfortable with.

While Noelle had a pediatrician who told her not to worry about developmental milestones, she decided to make herself aware of what ages and milestones Jacob should be hitting, so she could get help if needed. She encouraged other parents to get help as necessary and not to struggle independently and feels it’s important to be proactive. Growing up, Jacob experienced delays in his gross motor development and often achieved milestones right at the last moment. Noelle explained that “If they say kids between three and eight months learn to sit up, he will sit up on the last day of his eighth month.” Jacob experienced delays in speech, which led to explosive tantrums that he struggled with until he was about eight years old. At eighteen months, he was beginning to make “ba ba ba” noises, and he was enrolled in speech therapy at that time. He began talking more after he was two and did great with using baby signs to help bridge the gap in communication skills. While he was delayed in reading, he excelled in other areas. According to Noelle, “His nonverbal intelligence is really high; his reasoning and problem-solving skills are near genius level.” To help develop his core muscles and strength, Jacob took swimming lessons at ten months old. 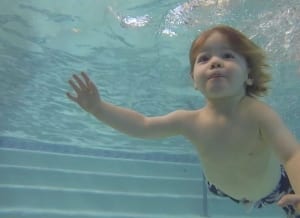 Nowadays, Jacob is a healthy, happy eight-year-old. He’s up to par on speech, and while he occasionally has trouble with recall while telling a story, he’s overall doing great. Noelle and her husband haven’t talked about puberty with Jacob yet, but they know the conversation is coming. Additionally, they haven’t talked with him about infertility yet, as Jacob desires to have children someday. They will give him the option of having his sperm frozen before he begins testosterone, which may allow him to have biological children one day. Since fertility science may be advanced by the time he’s ready to have children, it’s a conversation they feel they can hold off on having for the time being.

Jacob attends a Montessori school that goes up through seventh grade and has small class sizes. He’s currently in third grade and is doing long division. To help manage some delays in writing and fine motor skills, he’s learning keyboarding skills and talk-to-text so he can get down what is in his head onto paper. Outside of school, Jacob participates in martial arts to help build his core muscles and confidence. 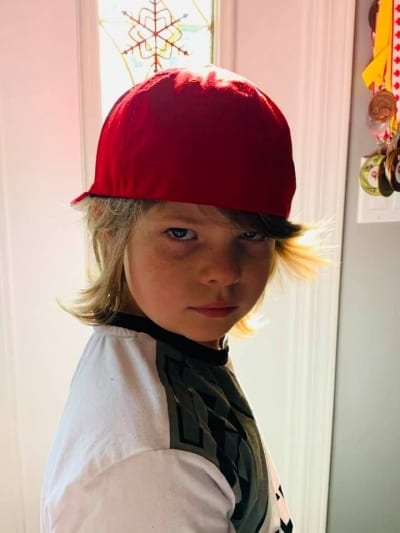 Jacob is “incredibly imaginative” and has amazing story-telling abilities. He’s outgoing and loves being the center of attention, especially when allowed to perform. He’s determined and has a great sense of humor. Noelle wonders if these are attributes related to XXY or just who Jacob is as a person. While he does struggle with emotional self-regulation, visits with a counselor have been helping. Noelle and her husband read the book No-Drama Discipline, which helped them support Jacob’s emotional regulation. Noelle does worry about bullying in the future, as Jacob is compassionate and has struggled already. She worries about what will happen in junior high and high school.

Noelle followed Living With XXY on Facebook and was impressed by Ryan’s work for the community. While the family lived in LA, they were part of a support group through AXYS, but they haven’t met anyone since the move to Canada. She wants Jacob to know he isn’t alone and hopes to find other kids to connect with. Even if they don’t talk about XXY, she wants him to know he’s understood.

When asked what advice she would give to a mother receiving a diagnosis of Klinefelter Syndrome for her son, Noelle said she would tell them, “Everything is going to be ok. You’re ok; your child is ok. This is something you can deal with. It may present a couple of extra challenges in your child’s life, but your child will be able to live a full and happy life. Come meet my son!”