Everything is going to be fine: Leah’s story

Leah told her doctor, “If you have to do this again, say ‘Hey! Congratulations you are having a boy and we found this out, but everything is going to be fine.”

Leah struggled for two years to conceive her child. After nearly giving up hope, she was elated to learn she was pregnant. Following her doctor’s recommendation, Leah participated in NIPT testing and learned her unborn son had Klinefelter syndrome, or 47, XXY. 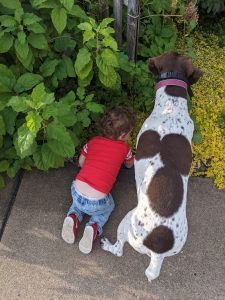 After two years of trying to conceive, Leah and her husband had nearly lost all hope of ever having a child. However, at the age of 43, Leah was thrilled to learn she was pregnant. Following her OB/GYN’s guidelines, she wanted to take all precautions to make sure she could carry a healthy, viable pregnancy to term.

Leah was a scientist by training, and a planner, so she made the decision (with urging from the OB/GYN) to have Noninvasive Prenatal Testing (NIPT). She knew the test would screen for major concerns like Down Syndrome, but was excited to find out the sex of the baby early, and begin preparing to welcome them home. This testing would send Leah on a rollercoaster of emotions, beginning with the delivery of the results from her OBGYN.

Leah was at a work meeting at a location nearly two hours from home when her phone rang. When she saw it was her doctor’s office, she answered, and the OBGYN cut straight to the point, with little bedside manner. “Hey, your NIPT test results came back and there’s something wrong,” the OBGYN began. In shock, Leah responded, “Well what do you mean wrong?” The OBGYN replied, “Oh well I guess I should tell you that you are having a boy, and he has an extra chromosome. He has XXY, he has Klinefelter Syndrome.” 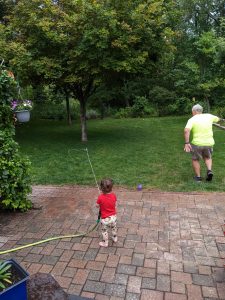 At this point, Leah didn’t know what to say. She had never heard of Klinefelter syndrome (KS), so she asked, “What is KS?” In her head, she wondered, “Is this going to be a short life? Is this going to be a troublesome pregnancy? What is going on?” When the doctor responded, “Well I have Google up right now and this is what it’s telling me,” Leah was absolutely shocked. Based on a quick search result the doctor proceeded to tell her very negative and horrible things about KS. She also admitted she knew little about the diagnosis other than what she was reading off the computer screen.

The doctor ended the conversation by suggesting Leah should get a CVS or amniocentesis within the next two weeks to confirm the diagnosis before making any decisions. The doctor added that Leah and her husband would then need to decide whether or not to terminate the pregnancy. In absolute shock, Leah hung up the phone and scrambled out of the work meeting, sending her husband a “Call me ASAP” text message as she drove home sobbing.

As Leah drove home, her husband spent time diving into the internet to learn more about the diagnosis. He went past the first few pages of Google search results, and found information about KS that was far more hopeful than what the OBGYN had initially shared with them. In addition, he learned KS is a spectrum disorder. There are a lot of people who go on to live normal lives. He learned that most don’t find out about their diagnosis until years later, when they go to have their own children and learn of their infertility. They’d been absolutely crushed, and wanted confirmation of the XXY diagnosis, especially since they couldn’t find any information online about the accuracy of the NIPT.

To process the diagnosis of the NIPT, Leah reached out to some friends who are older moms and to ask for advice. A friend across the country started crying when Leah told her about the results of the test. She told Leah that she knew exactly what they were going through. She said, “If you want to see a picture of a KS boy, look at my son.”

Leah was blown away; her friend’s seven-year-old son had KS, and she hadn’t even known. They talked for a long time about his life, about how he’s so smart, good at language and math, and how he gets along so well with his friends. The friend told Leah they’ve chosen to remain private about his diagnosis, and how if you didn’t know he had KS, you could never tell.

While they were offered to meet with a genetic counselor, at this point Leah and her husband were resolved. They would not terminate this pregnancy, but they would opt to confirm the diagnosis in order to be the most prepared for when their son entered the world. Leah had originally chosen to receive a CVS test, but her placenta wasn’t properly placed, so she ended up having to schedule amniocentesis with a Maternal-Fetal Medicine clinic. The doctor Leah and her husband met with for the amnio was retired, but came back to the clinic to help as needed.

Leah decided to ask him about his experiences with KS diagnoses in his career. He said he’d encountered several over his years in practice, and that they should stay off of the KS chat groups and Facebook pages because they were toxic places. He advised that aside from her son needing testosterone when he hit puberty, he would be fine. Leah’s husband said this is the first thing that gave him hope for the future and relief from all the negatives they’d been reading about up until that point. 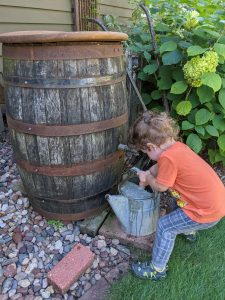 After the confirmation of the XXY diagnosis

Post-amnio Leah had a follow-up appointment with her OB/GYN to review the confirmation results. When Leah arrived she had a very frank conversation with the doctor. The OB said, “I want to let you know that I spoke to one of my residency colleagues and found out that he had KS, and it is the first time I have met someone with it.”

Leah said to the doctor, “I am going to presume that this is the first time you have ever had to tell someone that their NIPT test came back and their son has KS. I am going to tell you about the learning curve. Do not ever-present it that way again. What you did is ruin my entire vision that I am having a son. You said that I am essentially having a monster, and that is not good. If you have to do this again, say ‘Hey! Congratulations you are having a boy and we found this out, but everything is going to be fine.”

Following Leah’s feedback, the doctor said she’d understand if Leah wanted to switch providers. Leah decided to stay with her. Leah said she had no reservations and no doubts that the doctor was a professional OB/GYN. Therefore, she could handle whatever arose during the pregnancy. Leah felt it important the doctor have the experience of seeing a healthy KS pregnancy through to birth. 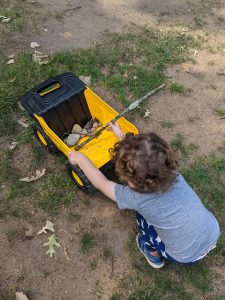 Leah spent the rest of her pregnancy happy and active. She researched KS to prepare for what was to come. She spent some time reading two books and scouring the internet for information about KS. Leah checked out “X & Y Chromosomal Variations” by Carole Samango-Sprouse and Andrea Gropman, and “Living with Klinefelter Syndrome, Trisomy X, and 47 XYY: A guide for families and individuals affected by X and Y chromosome variations” by Virginia Isaacs Cover. Leah felt underwhelmed by the available information. Particularly because in this day and age, we have so much medical technology and research available.

Their healthy baby boy was born in late fall 2019 while Christmas movies played in the background. Their OB proved Leah’s instincts were right. When some birth complications arose, she safely delivered their son.  When he was born, Klinefelter syndrome wasn’t on Leah or her husband’s mind at all. They just couldn’t believe their precious baby boy was finally here with them.

R was born in late 2019, right before the COVID-19 pandemic shut down most of the world. Initially, Leah wanted to enroll R in a study for early testosterone injections, and early intervention therapies. However,  with COVID-19 shutdowns,  traveling around the country with an infant didn’t seem reasonable. She also thought she may not want her precious baby to be a science experiment for research clinics. They found an awesome, knowledgeable pediatrician who’d worked with KS kids when she was a resident in medical school.

Every day, Leah looks at her son and thinks, “I don’t know how you got here, I don’t know how you are mine. You are a cute little dickens!” While pregnant she called him her little lab experiment inside her abdomen, and now he’s an experiment that just keeps going every single day. R is an observer, even at such a young age. He’s sweet, empathetic, and loves to eat.

While R didn’t begin crawling until ten months old, he’s still on track to meet milestones as an 18-month-old. He’s babbling and using baby sign language. R is in the 90th percentile for height and weight, and his testicles have descended as well. The pediatrician said to Leah, “If we didn’t know he has KS, we would never know just based on his pediatrician visits alone.” 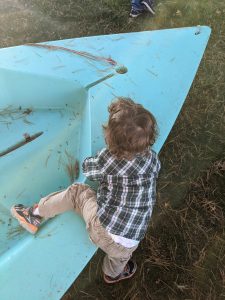 Sharing her story with others:

Life with a toddler moves extremely quickly. Leah wanted to take the time to share her story about her amazing son. By sharing her story, she hopes no one else endures the traumatic experience she had getting the Klinefelter syndrome diagnosis. She wants people to know KS is not a death sentence for a child, or a dream ender for parents. Having the opportunity to know about their son’s diagnosis before his birth allowed them to be in the moment. They know what they should look out for to best determine if he’ll need any extra support as he grows.

There’s so much information about the negatives of Klinefelter syndrome, but there’s little highlighted about the positives. She wants information available to parents receiving the diagnosis to prepare them for whatever obstacles they may face. This way they can give their kids the best care and help them be the best people they can be.