From Termination to Life: Jenn’s story

From termination to life: Jenn’s story 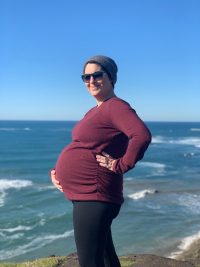 Editor’s note: This is the first in a series by Living With XXY called “From termination to life.” These stories will focus on the stories of parents who were advised or offered the option to terminate their prenatally diagnosed 47, XXY pregnancy, why they chose to go forward with their pregnancy, and how their family is living with XXY.

Jenn Biestman is a mother living with her family in Oregon state. Having moved to the upper part of the western United States to be closer to family, Jenn put her career in the insurance industry to travel and surf, then stayed home with her son, Koa. Now 19 months old, Koa is an active, healthy, and vibrant toddler living with 47, XXY, or Klinefelter syndrome. Jenn shared what it was like to learn about Koa’s diagnosis, how she handled her doctor’s offer to terminate the pregnancy, and how they’re doing today. 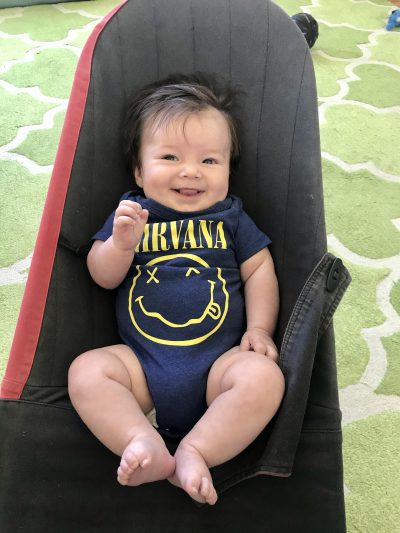 When Jenn and her husband Greg decided they were ready to have a family, they didn’t have to wait long for a positive pregnancy test. Although everything was progressing normally, since she was 34, her friends encouraged Jenn to take the NIPT test. However, as time went on after the test, Jenn began to worry something was wrong. The results were taking a long time to come in. She called her obstetrician, who told her they would give the results of the test at her upcoming appointment. Jenn knew this was a red flag, but tried not to worry too much.

Jenn and Greg held onto their excitement about the upcoming appointment. It was an ultrasound appointment, and they looked forward to seeing more images of their baby. Their joy was dashed when their doctor burst into the room, and began delivering the information. She rushed through giving the diagnosis, without taking the time to explain anything. 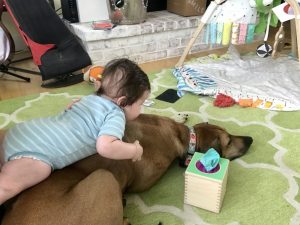 In a daze, all Jenn grasped from the rushed diagnosis was that her unborn child might have heart issues. She stopped the doctor and asked, “What are you talking about?” Her provider handed over a paper with the NIPT results, and Jenn noticed the baby’s sex was listed as male. The doctor continued speaking, telling them it was something called XXY. She informed the parents about all the possible negatives that could arise from having a child with the diagnosis.

Jenn asked the doctor what she knew about the diagnosis, to which the provider responded, “Not really anything.” She encouraged Jenn to undergo an amniocentesis so she could “decide if she wanted to terminate” the pregnancy. She told the parents she would “hold no judgment” for them if they decided not to continue with the pregnancy. Jenn described the encounter as “a surreal experience.”

When the doctor left the room for a few minutes, Jenn and her husband pulled out their phones and began Googling the mysterious diagnosis. What came up on their phones didn’t soothe their fears, and they left the appointment with many unanswered questions. Later on at home, they continued their research. After having more time to gather more information, they realized that the diagnosis wasn’t as bad as they’d initially thought. They decided to forgo the amnio, and continue with the pregnancy. They assumed their son would have XXY, and decided to treat it like “it was no big deal.” 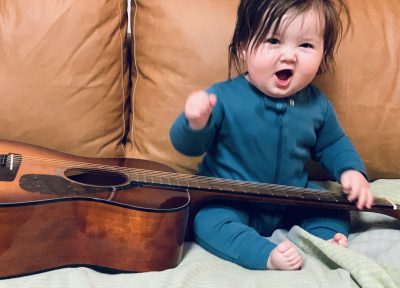 Following fifty hours of labor, Koa was born at 42 weeks via emergency cesarean. After he was born, they connected with the eXtraordinarY Babies Study at Children’s Hospital Colorado. After she talked to the providers at the Denver clinic, Jenn felt more at ease. They explained a lot of what the condition entailed, which helped her realize it wasn’t the big deal she initially thought it was.

Reflecting back on those early days as they began to understand the diagnosis made Jenn want to cry. She said Koa is “the perfect kid.” While he’s different, Jenn referred to those differences as his superpower. Jenn reflected on how many parents expect “the perfect child, with the perfect life planned from the womb, and it doesn’t work like that.” Despite the focus on the negative symptoms of the syndrome online, Jenn doesn’t consider Koa in any way to be disabled. 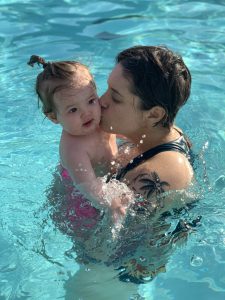 Getting to know Koa:

Jenn and Greg have enjoyed getting to know Koa as he continued to grow and develop. The family remains involved with the eXtraordinarY Babies study through the Denver clinic, but opted to not have early testosterone replacement therapy for him. To Jenn, Koa’s diagnosis of Klinefelter syndrome isn’t any different than other diagnoses children might have. She compared it to diabetes, saying that it’s something that requires some management, but isn’t difficult to take care of. 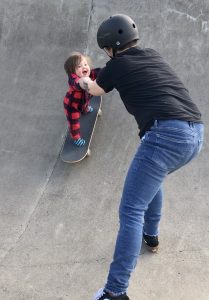 While he was a little late rolling over, he hit all other milestones well. They scheduled an early intervention evaluation performed by the state of Oregon to get a baseline for any services Koa may need. They learned that not only were Koa’s milestones ahead of schedule, he didn’t actually qualify for the program because he was doing so well.

However, since KS falls under the purview of diagnoses accepted in the program, he was able to get some services he needed. After getting some physical therapy to support his crawling, Koa was on the move. According to Jenn, he “can’t be stopped,” and is now participating in his parents’ adventures. They started teaching him to skateboard, and are encouraging him to explore all types of movement. Koa is a great eater, and his speech is coming along well. Koa is a very observant child who likes to “take time to smell the roses.” As a family, they are “taking it one day at a time.” 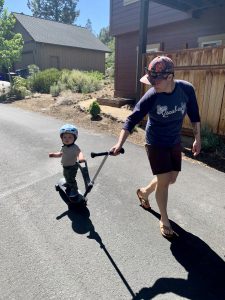 As parents, it’s important to Jenn and Greg to be advocates for Koa. At first, they felt reluctant to share his diagnosis. They met Ryan, and while talking with him expressed their plans to keep the diagnosis to themselves, and close family. Ryan encouraged them to become advocates for Koa, and to share his diagnosis with others. They agreed, and have since been open about the diagnosis, including sharing a video of Koa skateboarding on Living With XXY’s Instagram account. Instead of keeping the diagnosis to themselves, they’ve chosen to celebrate their happy, healthy, social baby. Everyone in their friend and family circle they’ve told has been incredibly supportive of Koa and his diagnosis.

What others should know: 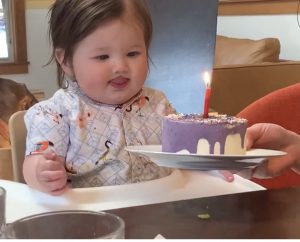 When asked what she would tell other parents about receiving a prenatal diagnosis of KS, Jenn said, “Stop and breathe. Examine where the real issue is. Where is this idea to terminate coming from? Is it the idea that you wanted this perfect child and they aren’t going to fit in the box anymore?” Jenn also stressed parents should take the time to get the “right knowledge” and find a supportive community before making any decisions. She advised ignoring the first page of Google results, and instead focus on connecting with others who can understand what you’re going through. Perhaps most importantly, Jenn stressed the importance of acknowledging that it’s just an extra X chromosome, and definitely not something worth terminating a pregnancy over.