The Voice of Seamus Denison

The Voice of Seamus Denison

In spring 2021, Ryan was approached by Emily, founder of the non-profit Klinefelter Syndrome Australia. She had been asked by the BBC if she knew anyone who would be interested in participating in a documentary series on Klinefelter syndrome, so she passed the information on to Ryan. After talking with the network extensively about the importance of accurate representation for the well-being of the Klinefelter syndrome community, Ryan was able to connect Seamus and the network. We are deeply appreciative of the community Living With XXY has created, which has facilitated opportunities for collaboration, connection, and education. – Chelsea, Writing Director.

Whether traveling the world or advocating for Klinefelter syndrome, 34-year-old Seamus Denison is living his life. He shared his story of growing up in Australia without knowledge of his diagnosis and learning about KS as an adult. 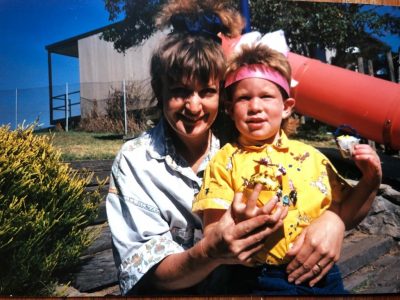 Born in Sydney, Australia Seamus Denison recognized he had a pretty good childhood. Growing up with a father who worked for an airline, he traveled extensively. He struggled in some subjects in school, particularly math and reading so attended a reading program. He was an athletic child who played sports and made friends fairly easily.

Seamus was the youngest of three siblings, with very supportive parents who did a great job co-parenting their children. Like many other teens, Seamus found high school more challenging and was subject to some bullying. However, he was a strong, independent teen who found a hobby in planning school events. This led him to move between friend groups easily and into a future career. 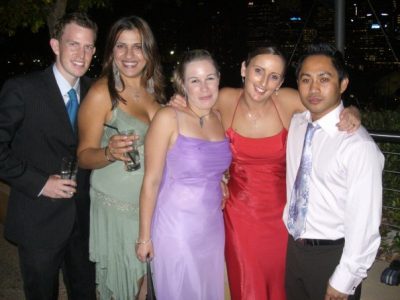 This was a period of exploration both personally and professionally for Seamus. He discovered a lot about who he was, and soon of what he was to become. During this time Seamus explored his sexuality, and after some time came out in a city that fully accepted him. His goal was to work hard and be a success. Starting out in a posh London hotel, planning lavish events for the Royal Family, and A-list clientele. Seamus also had a passion to travel, and whilst in Europe he visited thirty countries.

In 2005 after graduating high school, Seamus began working in the events industry. After gaining a year of workplace experience, he wanted to be a qualified events manager. Seamus was eager to study his passion. He completed an Event Management Diploma by the end of 2006 in which he was awarded a high distinction. Seamus already had a portfolio of events knowledge and experience under his belt at the young age of 20. He wanted to explore the world, and his first stop was London. 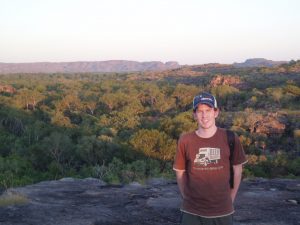 At the end of 2009, Seamus decided it was time to return to his home in Australia and continue his journey managing world-class events. At age 23 Seamus started his own events company called 5ences Events specializing in weddings, as well as corporate and private events. Seamus gained traction in the industry to become one of the best event planners in Sydney. He worked very hard in his professional life, but always had the travel bug. This led to him taking a break for travel. He traveled to North, Central, and South America over the next few years. Seamus has always loved meeting new people from diverse cultures and backgrounds. He’s thankful he has friends to stay with all over the world.

“I realized I was different in my early 20’s,” he said. Partners had told him his testicles were a little small. A nurse mentioned it needed to be checked, and Seamus scheduled ultrasounds. With no other symptoms, and what he recalled laughingly, as “an ego” he brushed it off. He took the attitude of, “we are all different, that’s just who I am”. 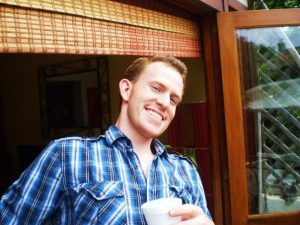 Seamus also noted that while medical professionals noticed the difference, no one ever brought up the possibility of Klinefelter Syndrome, something he lamented. “How different would my life be today if I had been diagnosed in that first year, ten years ago? But that’s the good thing about all this awareness.”

Seamus had bouts of erectile dysfunction (ED) at a young age, something that was not easy to deal with. In his late twenties, he started to notice he was extremely tired. As an active person, he found that instead of producing the expected endorphin rush, a trip to the gym left him exhausted. He also experienced difficulty focusing, and his ED had become a pattern.

He visited his general practitioner who ran a range of tests, but had no real idea what could be wrong. Seamus felt frustrated by the painful tests and uncomfortable studies. There were no answers in sight. His doctor couldn’t diagnose him, and referred Seamus to an endocrinologist. Eager to get answers, Seamus was about to experience a major disappointment. The doctor, while proficient enough to make a diagnosis, delivered the news in a blunt fashion. “I went with my mum, and he basically came in and said, ‘yup, you have Klinefelter’ and left. In and out in ten minutes,” he recounted in frustration. “It was a horrible experience.”

A diagnosis, but no answers: 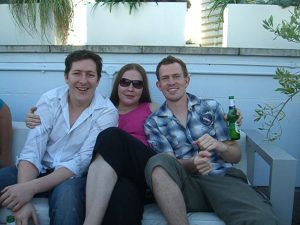 They left, with no information other than the name of the condition, and started Googling. The worst symptoms jumped out at them, leaving Seamus with more questions than answers. He did know one thing; he felt gutted at the thought that he wouldn’t be able to have children. Seamus had always assumed he would find the right partner and have a family. Having found information on Google made things even worse.

The doctor never mentioned testosterone to them while they were there. After a few minutes of searching, he felt resigned to his fate and wanted to disengage, but his mother wouldn’t let him. While he took a few months to adjust, she started immediately researching exactly what Klinefelter syndrome was, and how it would affect her son. She learned about testosterone and found information for him to read so he would understand exactly what 47, XXY was, and how he could better manage it. She found Living With XXY and urged him to reach out for more information. Regarding his mother’s involvement, Seamus said, “She became totally invested; I wouldn’t be as far along as I am without her.” 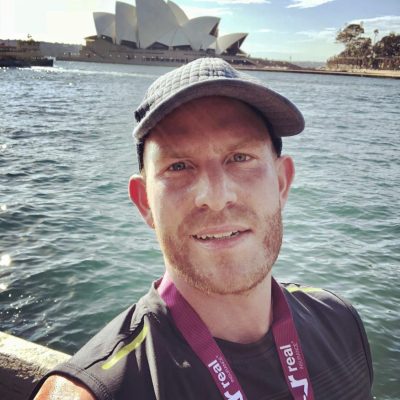 He reached out to the website. “I realized it was like anything else that needs to be done in life. You make a list and start doing something. Start the conversation.” He started talking with Ryan and immersed himself in the community.

Seamus and his mother attended a conference in Melbourne, a day that he calls, “a turning point”. They talked with other 47, XXY patients of all ages. Seamus was able to get a glimpse into his future that day. While everyone with Klinefelter syndrome had endured struggles, he saw they were really no different than the average person’s issues in many respects.

A lack of information or downright misinformation was given to many of the attendees when they were diagnosed. However, the information shared that day was invaluable. They left the conference with a wealth of new knowledge and even heard a doctor speak about successful Micro TESE surgeries that left hope for Seamus to be able to have biological children. 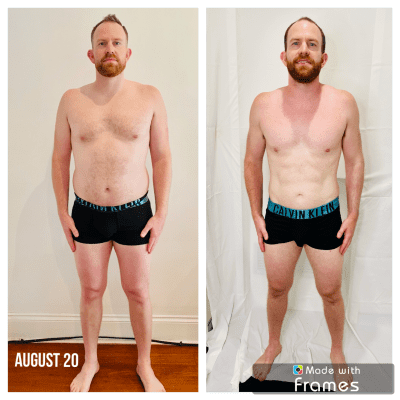 After that day, things weren’t magically perfect. Though on the right track, it took a few years before Seamus sorted out his medical needs. He went to his doctor, who was reluctant to give him testosterone. He said the expense and hassle wouldn’t be worth it. Frustrated, he saw another doctor. The doctor wasn’t familiar with 47, XXY, but started the process for testosterone treatments. Seamus had done research to find the best endocrinologist for KS, and made an appointment with one he hoped would be a good fit.

Finally, on the day before his 34th birthday in 2020, he received what he referred to as a “special birthday gift”. That day he had his first appointment with his new endocrinologist, who changed his life. Where the first endocrinologist had led him into “a dark hole” this new doctor “closed a chapter for him”. Though he comprehended some of what caused him to struggle for a decade, she was instrumental in allowing him a full understanding of what exactly he had, and would face in the future.

She took the time to explain things to him, and answered all his questions. He had researched in detail the testosterone shot and was excited to start the life-changing regimen. She agreed it was the right course for him, and he received his first shot that day. He began feeling the effects within a matter of weeks. His libido came roaring back, his mind was clear, and he started feeling a rush of energy like he hadn’t felt in years. He felt elated. Since starting T, Seamus started working out again, training multiple times a week with no issues. 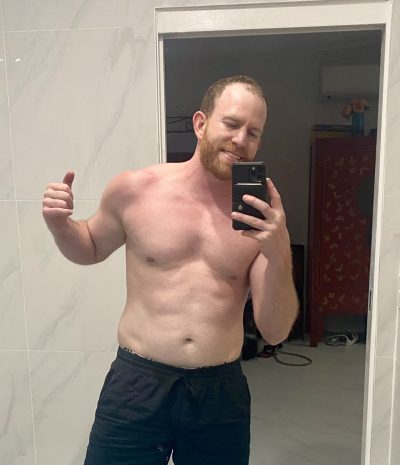 Seamus credited having a support system in his mother, Ryan, and Living with XXY for a lot of the progress he has made. He’s happier than ever. He just made a move from Sydney, to beautiful Jervis Bay to start a new job he is excited about. Seamus is finding that his happiness with his newly-found quality of life is spilling over into his relationships old and new. Friends and family have noticed the transition, and talk about the new ease and purpose with which he moves through life.

Within this newfound happiness, Seamus found a desire to help others through the initial stages of diagnosis. Seamus wanted to use his experience to support newly diagnosed KS patients. He’s excited to share his diagnosis and journey with the world. Seamus can be found on Instagram and Facebook.