The voice of Kasia Olbromska

Although she was 35 when she became pregnant with her second child, Kasia didn’t anticipate any issues. However, since she was older, her doctor required early prenatal testing. The results took Kasia and her husband by surprise, resulting in Klinefelter diagnosis stress. After several more rounds of testing, it was confirmed their son had 47, XXY.

After her first prenatal scan, Kasia’s doctor ordered blood work to check for possible chromosomal variants. The initial results shocked the parents, showing their baby was at higher risk for Down syndrome. However, the doctor couldn’t confirm the diagnosis through further scans, as the baby’s bones and heart looked fine. She recommended further bloodwork for a more in-depth analysis.

The results returned another surprise. Their baby boy had Klinefelter syndrome and not Down syndrome. Kasia consulted with her uncle, a gynecologist, and recommended an amniocentesis to confirm the diagnosis. Their son did indeed have 47, XXY. 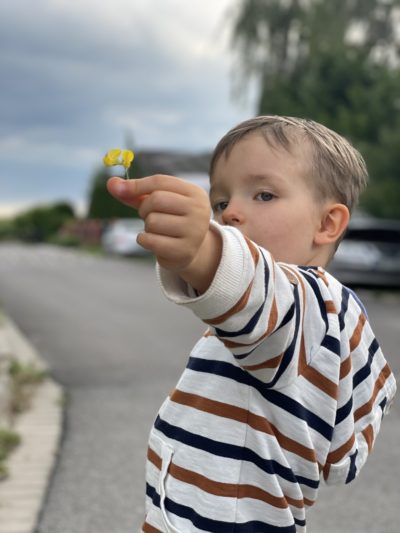 Kasia remembered that time as being “very stressful” while they waited for and received a formal diagnosis. To learn more, she booked an appointment with a geneticist. Unfortunately, the appointment did not go well. His knowledge of Klinefelter syndrome was “really poor,” and he referred to studies done in the 1970s. When Kasia pressed him for answers to her many questions, he replied, “I don’t know how it’s going to be.” Everything he shared was negative. He said her son would most likely have a low IQ, may struggle socially, and could have Asperger syndrome.

Although Poland has a total abortion ban, at the time of her pregnancy, access was limited to the procedure. The doctor informed Kasia she “still had a choice” regarding whether or not she would continue her pregnancy. He pressured her to consider if “they wanted this kid to be born.” She felt her Klinefelter diagnosis stress mounting, as she had many questions with few answers.

She left the appointment in shock and called her uncle. While his knowledge of Klinefelter syndrome was also outdated, her uncle didn’t give up. He called a colleague who had more updated information. He called Kasia back and said, “everything will be fine.”

In the meantime, Kasia began searching for information on her own. She found the Living With XXY website, and what she saw gave her “a lot of hope.” She added, “The part you play in this, your interviews, were essential for me. My stress went down when I saw people. At that time, I needed to see other guys with Klinefelter syndrome that were doing fine. It gave me proof that my son would be fine.

To see a real person, and not just what the doctors said, helped.” She read through the stories and looked at the pictures. She continued her research, including finding more up-to-date information from Denmark. Much of what she found online continued to be harmful or scary. It was hard to see because she wanted more than anything for her son to have a “normal life. From the description, they said he would have problems at school, be depressed, have social anxiety, and couldn’t have kids. Only bad information; nothing promising.”

The diagnosis came as a shock to her husband. He worried about their son’s future if he couldn’t have his own children or would have to explain the diagnosis to a girlfriend. However, he remained supportive of Kasia and their baby. He reassured her that everything would be okay and they could handle it.

From there, Kasia found a much better geneticist. She confirmed everything would be all right. When the diagnosis was confirmed, he said, “everything will be fine. He’s a normal kid; no worries. We know what to do now.” 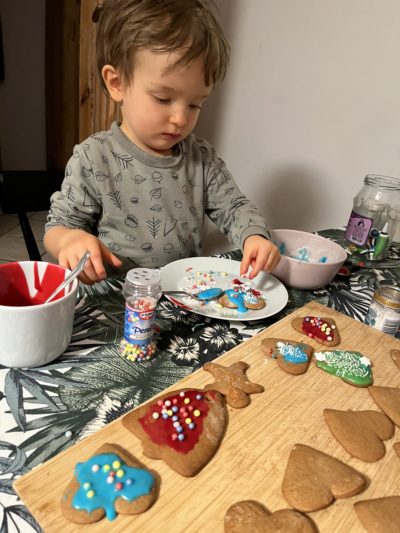 As a psychotherapist, Kasia recognized she needed support. She continued to meet weekly with her therapist to work through her fears and anxieties about the baby’s diagnosis. Her uncle was supportive throughout her diagnosis and pregnancy. She shared the news with her parents and siblings, who were there for her to the best of their ability. Kasia felt, at times, it was hard for them to fully relate to her feelings, as they weren’t in her position. She recalled thinking, “I knew they were not in my position. So they could say everything would be fine, but I was the one thinking about him 24/7. Only I can tell what I feel.” She continued to reach out to specialists and see the updated information, which was critical in helping manage her anxiety.

Throughout her pregnancy, Kasia continued to seek support. She found another doctor at a larger hospital in a nearby city who could offer her the compassionate care she needed. He said, “He’s going to be a perfect boy, no worries.” She continued to work with her therapist and confide in her friends. Though it wasn’t the same as her first pregnancy, and she was afraid of what the future might hold, she managed the Klinefelter diagnosis stress as best she could. She said, “it was ok. I could handle it.”

The rest of her pregnancy proceeded normally until Witek’s birth. Kasia was induced, and he was born weighing 2.9 kilos. However, he had an infection and low oxygen saturation. He was hospitalized for two weeks, which created some worry for Kasia that he would get sick again later.

Now that Witek is two and a half years old, Kasia can relax and enjoy him. She said, “He’s attending nursery. In March, he will go to kindergarten. I see him playing with other kids, how he’s reacting, and his personality developing. He’s not like doctors said. He’s extremely social. Now I’m relaxed because I can see him, play with him, and see how he’s doing. He’s a smart, sensitive, and social boy.”

Kasia described Witek as being confident and “very aware of what he wants.” While social, he can also focus on independent play for long periods. He loves playing with Hot Wheels cars and spends hours putting them into garages or moving them about the house. Witek does a great job playing with his older brother, who is seven. He also loves cuddling with their family dog.

What she would tell others:

To help them work through their fears and anxieties about Klinefelter diagnosis stress, Kasia would recommend parents seek therapy. About seeking treatment herself, Kasia said, “It’s perfect.” She added, “For me, it’s imperative. It’s important to make my son feel like a normal kid. He can sense my feelings. He can sense that stress and feel something is wrong with him. I must find help from friends or therapists, and I talk with them about my stress and know it’s my problem. I need to find a way to see my boy as my boy.”