The Voice of Kristin Lindsay Brisebois

Kristin Lindsay resides in Victoria, British Columbia, Canada. She is the mother of 15-year-old Cassiel, who received a teenage Klinefelter diagnosis two years ago. Kristin described their path to a diagnosis as “a long journey with a lot of question marks.” This is her story of how they came to discover Cassiel is living with 47, XXY. 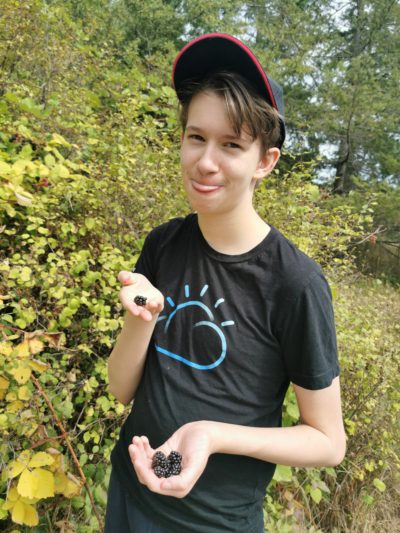 While Cass received his teenage Klinefelter diagnosis in 2020, getting there wasn’t an easy, straightforward journey. Kristin has spent most of Cass’ life chasing what felt like an ever-elusive answer for what was wrong with her son. Cass was born in 2006, and the first of the mysterious symptoms presented itself when he was about two years old. Kristin noticed his speech wasn’t developing at the same rate as other children. They saw a speech pathologist, but Cass remained nonverbal until he was four. To help Cass communicate, they started teaching him sign language at age two and almost didn’t notice he was nonverbal because he was such an expressive, engaged child. At eighteen months, he was just able to make vowel sounds and was diagnosed with childhood apraxia of speech.

Around age three, the speech pathologist let the family know Cass would need further testing. She noticed his throat was hypotonic (he had a low muscle tone). This was causing a significant drooling problem. The family began exploring possible diagnoses, with the most frequently considered being autism. Cass did show several symptoms, but Kristin found herself questioning why he needed so many assessments when he had already had several. However, his parents knew that Cass wasn’t autistic.

Even though he hadn’t been formally diagnosed, Cass was still placed in a preschool catered to autistic children. It was the only support system the family could find that worked for him. No one supported him, so the autism-focused day program was the closest they could find. Kristin recalled the desperation of those days, as she wanted to find that label or diagnosis that would help them better understand Cass. She said, “as a parent, I felt desperation. I was like, ‘someone, please help my son.’” 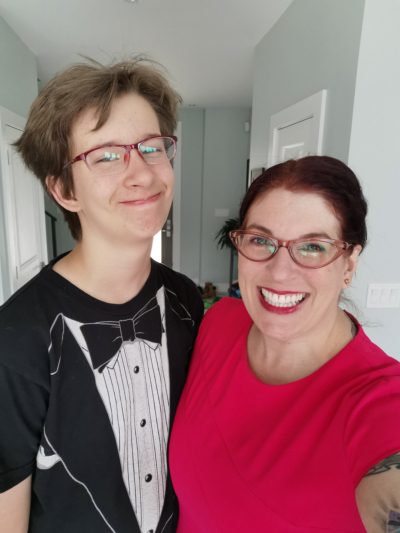 As they continued to investigate his symptoms, which included low muscle tone, Cass was diagnosed with developmental coordination disorder (DCD). The family felt relief, as they believed they had solved the enigma of what was ailing Cass. At five, his diagnosis came early, as most children with DCD are diagnosed around ages nine through twelve. However, the condition made life in a public school difficult for Cass. He wouldn’t be able to put his arms out swiftly enough to break his fall if he fell.

A slip would result in a split chin or other injuries. They faced ongoing challenges within the school system, like missed deadlines or forgotten paperwork delayed tools and services Cass needed by months or even years. By fourth grade, they realized the public school system wasn’t the right fit for him.

They also noticed Cass was experiencing some emotional regulation issues. When he would find himself in stressful situations, he would freeze. He would completely shut down if teachers weren’t quick enough to intervene. He was bullied relentlessly, and his parents realized the only thing they could do to keep him safe was to remove him from public school.

While the family tried different schooling options to determine the best fit, more issues arose. At one pediatrician appointment, it was noted his ADHD medications were making it hard for him to eat, resulting in weight loss. This made him seriously underweight, but he was also far taller than his peers. His pediatrician told them he was reaching the point where being too tall could be unhealthy and indicated they needed to explore the cause.

She assessed him for Marfan’s syndrome and discovered Cass had the beginning stages of scoliosis. Cass had some x-rays done of his back, where it was discovered he had an atypical presentation of the disorder. One day, they got a call from his pediatrician, who had a “lightbulb moment” when a colleague suggested Cass might have Klinefelter syndrome. They did a karyotype test and confirmed the diagnosis. Cass had 47, XXY. 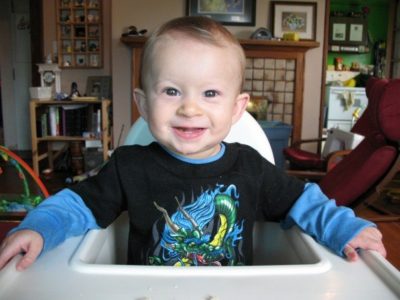 While growing up, his family referred to him as their “tender man”. Kristin described him as “the sweetest, softest little angel but would be very easily hurt” and said he felt every emotion in his core. He loved playing with younger kids and was very nurturing towards them. In return, younger children adored him. He was “really loving and big-hearted.”

Regarding academics, Cass was about three to five years behind his peers. Recognizing that he struggled with emotional regulation, his parents learned and taught him techniques to help him stay in control. She said he has a 90% success rate when feeling escalated and using his techniques. Before they received the diagnosis of Klinefelter syndrome, it seemed as though “nothing ticked all of those boxes” to explain why he had so many struggles.

Meeting Cass where he was at: 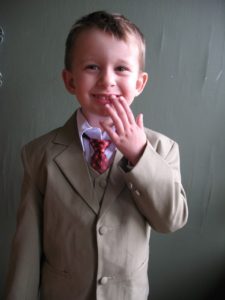 As he grew, his parents noticed a lot of his struggles were mainly focused on social interactions. He would shut down whenever he felt he was “on display” or being watched. This made participation in school events like plays impossible. Kristin and her husband could work from home, allowing them the flexibility to take Cass to his frequent doctor and therapy appointments.

Kristin said, “We are privileged, and we feel grateful in many ways that we’re able to take on this much advocacy and fight as hard as we have for Cass. I can’t tell you how many times my husband and I have looked at each other, whether it’s because we’re filling out a stack of forms or attending several speech pathology appointments a week, and wondered, how do you do that if someone isn’t a stay at home parents, or doesn’t speak English, or is single income? We just kept thinking of all of the families with kids with KS who do fall through the cracks simply because it’s such a steep curve to finally get to the point where you have the right diagnosis.”

They knew they didn’t want Cass to be one of those kids who got left behind. While Klinefelter syndrome is the most common chromosomal variance, what is known about it by medical professionals is very minimal. By the time Cass was diagnosed, he had seen three pediatricians and a urologist, who all missed the signs. 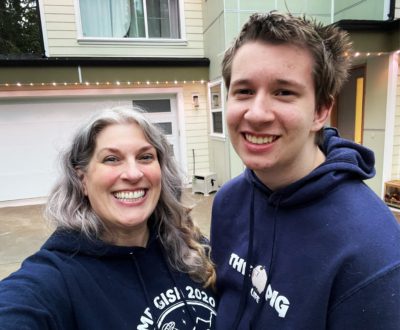 Today, Cass is 15 years old, and anxiously awaiting a much-needed surgery to help alleviate the pain caused by his severe scoliosis. While he currently is in a lot of chronic pain that makes getting out and about difficult, he’s hopeful that the surgery will help correct some of these issues. He’s looking forward to making plans and going on vacation once he’s feeling better.

In the meantime, the family spends much time together in their home and are all avid gamers. Cass has a wide array of online friends he connects with through roleplaying games and on Discord. He’s very good at puzzles and riddles. In particular, he enjoys Minecraft and designing pixel art on his server. He also participates in an online role-playing group, which Kristin said has helped boost his self-esteem and communication skills tremendously.

After the family relocated from Vancouver to Victoria to enroll Cass in a specialized school, they faced some challenges when the COVID-19 pandemic created widespread shutdowns. When they returned to school, Cass found transitioning back into the regular school environment challenging, which led to difficulties regulating his emotions. After much consideration, the family decided to transition him to a distance learning program, allowing him to continue his education from home. Homeschooling has proved to be a much more comfortable experience for Cass and conducive to his learning style. His grades went up, and his test scores improved, so the family has no current plans to make any changes.

Talking about the diagnosis:

Before sharing the teenage Klinefelter diagnosis, Kristin consulted Cass to ask about his feelings on the matter. As a teen living with Klinefelter syndrome, Cass feels like he falls somewhere “in-between” in the gender spectrum. He’s still exploring what that means to him. However, he’s proud of who he is and isn’t afraid to be open. Kristin related a story about Cass’ acceptance of himself, saying, “He takes little moments of pride in it. He had a science test with a question that said, ‘how many chromosomes are in the human body? It was multiple-choice, and 47 was not one of the options, and so he wrote it in”. Their family and friends have been there supporting him since he was born. It felt good to have a diagnosis to share, so they could learn more about Cass if they wanted to. 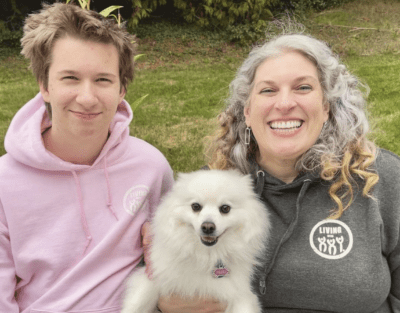 Their family has no plans to start Cass on testosterone replacement therapy. While they understand there as benefits, Cass worried about it, changing some aspects of himself that he liked. After consulting with their endocrinologist, they learned that estrogen replacement therapy could provide solutions to some of the health benefits that testosterone supplies, such as increasing bone density.

What she would tell mothers: 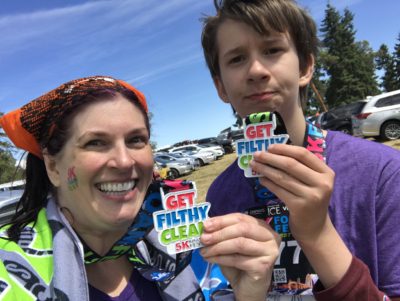 When asked what she would share with other mothers about a teenage Klinefelter diagnosis, Kristin said, “Every obstacle or challenge or roadblock or frustration that you’ve ever had as parents has been 120% worth it. I would not change anything about him if I had a magic wand and infinite wishes. I never feel “I wish he didn’t have Klinefelter syndrome’ or “I wish he wasn’t like this.” He’s my angel guy, and that’s what I call him.”

Kristin recommended parents find the right fit for who will be on their child’s care team. This includes everyone from medical providers to educators. She suggested parents should “find those shining 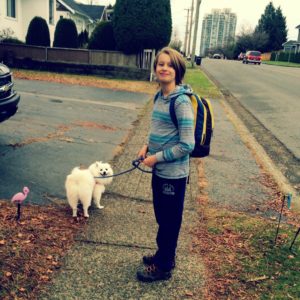 stars. Of the many clinicians and educators involved with my son, some are just the do or die, the best people who will ever help you advocate for your kids”. She added, “They care. His physiotherapist cares. When he switched schools, she would call to check in on him. She remembers appointments and asks if they need support. There have been a handful of people who are in our lives on his clinical team who have been lifesavers. She is one of them.”

Kristin wishes she could take his chronic pain away. However, she’s hopeful for a light at the end of the tunnel. His upcoming surgery should help resolve the pain. She added, “I wouldn’t change who he is. And Klinefelter syndrome is such a part of who he is; it is. He is happy knowing who he is. That was a piece that was missing for a long time. Now, Cass knows “this is who I am, I am XXY.” It helps him feel comfortable in his skin.”